The Ferrari driver was two tenths of a second quicker than team-mate Sebastian Vettel's benchmark until he had a big sideways moment exiting Baku's Turn 16 left-hander just after completing the second sector.

That left Raikkonen sixth-fastest, and he would have snatched pole had he completed the lap at that pace because Vettel did not improve his time after a mistake of his own.

Raikkonen was unsure what caused the error as he had been more cautious on corner entry because of the high, changing winds but said he was not caught out by a gust.

"No, obviously it was a fuck-up," he said. "A mistake. It cost us quite a few places so not the greatest end."

Asked by Autosport to explain if it was because his rear tyres were overheating or if he was too aggressive on the throttle, Raikkonen said he drove "no different, it just went".

"No issues, I took it easier even on the entry because obviously it's been a bit trickier with the wind all day," he said.

"I don't know, it just got sideways, I got it back but I knew already it was all gone because it's flat out and a long straight [to complete the lap]." 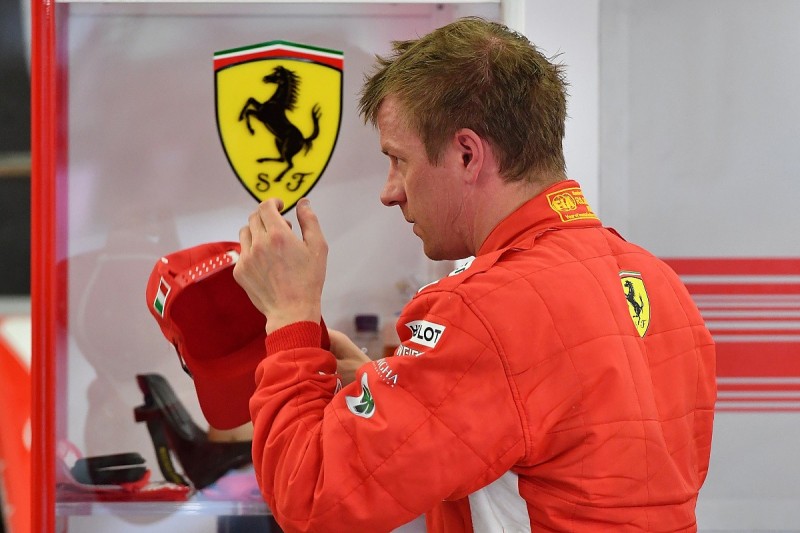 Raikkonen has enjoyed a strong start to the 2018 season and qualified on the front row for the opening three races.

But in Bahrain and China he was beaten to pole by Vettel after failing to fully convert strong practice pace.

"Right now I'm disappointed with what happened today," he said when asked by Autosport how frustrating it was to have another imperfect final run in Q3.

"I've been a few times disappointed. This is a different story and today, what can you do?

"I can only look in the mirror. It's painful."

The Finn will start the race on ultrasoft tyres with the five in front of him on supersofts, having made mistakes on his supersoft run in Q2 and had to take on ultrasofts to get to Q3.

"You always try to attack," he said about his plan for the first stint.

"Today it didn't pay off, tomorrow is a new day.

"I haven't really thought about tomorrow yet. We'll see what we can do."