As revealed by Autosport, the 2007 world champion's second stint with Ferrari may be coming to an end as the Scuderia is leaning towards choosing current Sauber rookie Charles Leclerc to be Sebastian Vettel's team-mate.

That was expected to mean the end of Raikkonen's time in F1, and Raikkonen was coy when asked by Autosport if, in the wake of McLaren possibly being interested in him, he still intended to see out his career with Ferrari.

"I don't know really, I said in 2007 I wanted to finish with Ferrari and at some point it didn't look like that - now it looks like that again," he said.

"You never know what comes after this and that. We'll see. As always, a lot of talk, and I'm not really happy to comment."

Pressed on whether he or any of his representatives had spoken to McLaren, Raikkonen said: "I spoke to them for sure, but in the past a lot when I used to be there.

"I have zero interest to get involved in all the nonsense, in my view."

He dismissed a further question about possible McLaren talks, saying: "You would like to know. I don't think you ask our opinions for a lot of stuff you guys write, so it goes either way - you can put yes or no.

"You usually write what you decide yourselves is true."

Raikkonen won nine races across five seasons with McLaren from 2002 to '06, prior to leaving for Ferrari.

McLaren is scouting possible replacements for Fernando Alonso, who is yet to decide whether to continue his F1 career beyond 2018.

Daniel Ricciardo has reportedly been the target of a big-money offer from McLaren. 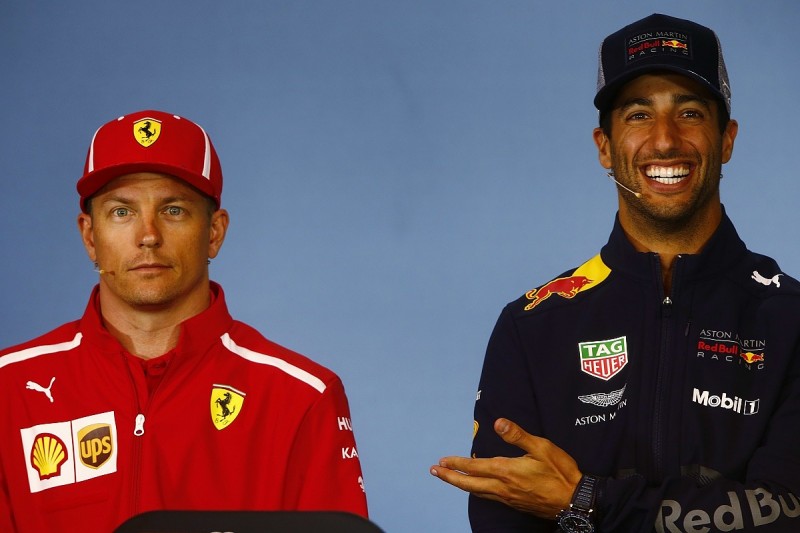 The suggestion McLaren may be willing to offer a final reprieve for Raikkonen intimates the team desires a proven frontrunner with a bigger profile to partner either current driver Stoffel Vandoorne or rising star and present reserve Lando Norris.

If McLaren did hope to steal Ricciardo from Red Bull that prospect has taken a hit as the Australian is closing on a fresh deal with his current team.

"Of course there has been a bit of interest [from other teams]," said Ricciardo on Thursday in Austria.

"Red Bull have committed to Honda, so they have all the cards on their table.

"It is up to me to understand what I think of it. I see the pros with the decision, the chance to start something new with Honda."

Ricciardo reiterated his desire to sign a new contract by the summer break but would not comment on the suggestion he is seeking the same financial terms as team-mate Max Verstappen given he is outperforming the 20-year-old this season.

He added: "I am happy with where I am at, and what I feel I can bring to the table."