Since the Ferrari driver made his debut in 2001 F1 has introduced several rule changes to try to improve racing, including banning pitstops, introducing a drag-reduction system and higher-degradation tyres, and varying the levels of downforce produced by the cars.

The current generation of high-downforce cars have produced record-breaking lap times but also made overtaking harder.

Asked by Autosport about the impact the quality of racing has on his desire to continue in F1, Raikkonen said: "Not just for all the spectators, but for all of us, it's more fun when we actually race.

"Yes, we race, but when really nothing happens it's not exciting for us, or any people here, or at home watching on TV.

"It's not that one decision suddenly changes everything. There has been a lot of changes over the years I've been in F1.

"Since I started we had quite a bit of overtaking, some years you have more and some less.

"All the rule changes haven't really changed that. When I started there was no DRS or any of this stuff and we still overtook. 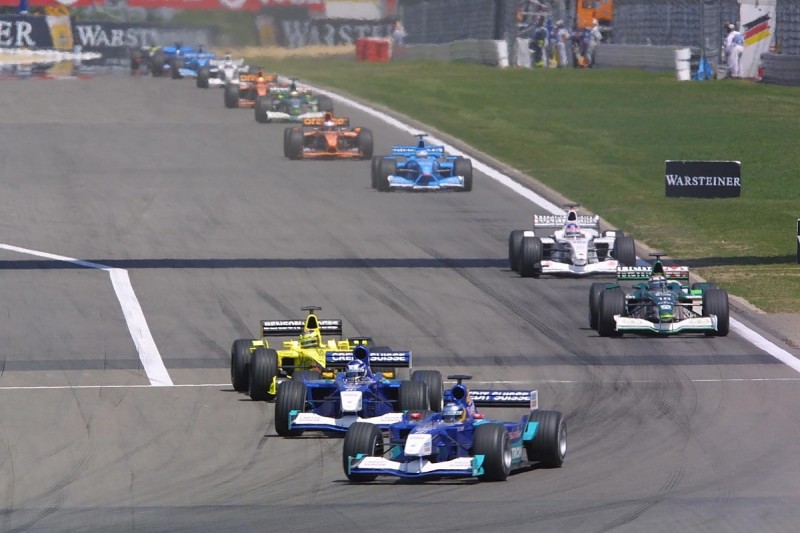 "When you are following cars and going 80% speed in Monaco, every lap, it's not very exciting for us either.

"This is how it is, unfortunately, in that circuit and some other circuits. It's not great, but what can you do?"

Monaco was widely criticised by drivers, mainly because of how conservatively they had to drive to make the tyres last long enough to complete a one-stop strategy.

Raikkonen said finding a way to introduce more strategic variety, which has reduced despite Pirelli's mandate to introduce tyres that wear more, might be a solution to make races better.

"I don't know if Pirelli can decide 'this is how it's going to play out'," he said.

"We've seen over the years it's so difficult, even us as teams don't know what we're going to get [in terms of strategic options] before driving.

"When you have more stops there's more [opportunity] of playing different things and it makes it a bit more exciting, but not always.

"It might be the same story, just stopping more, but it gives more [opportunity] to end up doing one- or two-stops and people mixing it up."