Caterham's Kamui Kobayashi is not concerned that Renault's problems could last until the start of the 2014 Formula 1 season, despite its troubled week at Jerez

Renault encountered a difficult first pre-season test in Spain, with a host of different issues limiting the running of its Caterham, Toro Rosso and Red Bull teams.

But despite it having failed to conquer the issues by the end of the test, Kobayashi reckons Renault has the resources and skills to get on top of the situation.

"I am not worried," explained the Caterham driver. "They did the best job for the last couple of years so I am not really, really worried.

"They mentioned before coming here that they were quite a lot on the back [foot] with the programme. I said [to them], are you surprised by this result? They said no because we are missing a lot of schedules and are late.

"It is very important everyone works in these two weeks, especially for the Renault engine, for us, and for Red Bull. Everyone is the same. We are missing a lot of mileage."

Caterham emerged from the Jerez test with the highest mileage completed of any of the Renault teams. 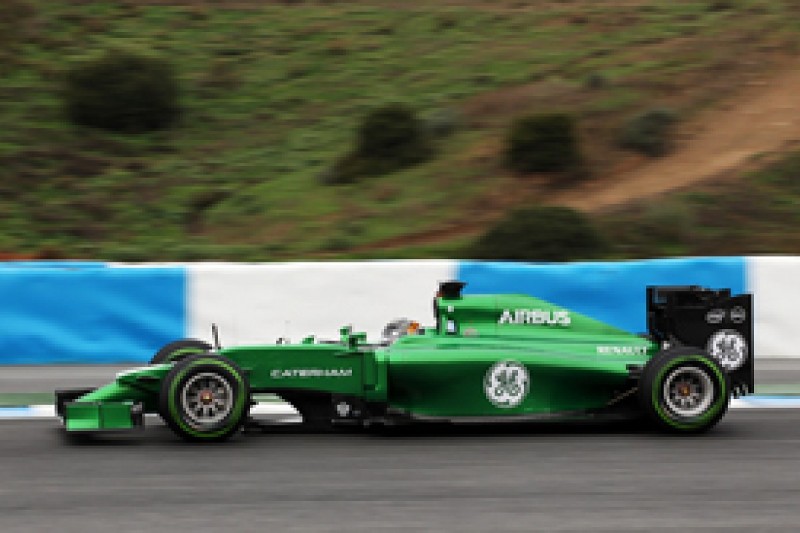 Renault's engine chief Rob White has reiterated his belief that there is enough time for improvements to be made to its sub-systems controls to allow it to get some meaningful running done at the next tests.

"Of course we now have a large job list for Bahrain as a lot of the items we wanted to test in Jerez we have not been able to cover," he said.

"The next stage is to identify the root causes for the problems we experienced, to develop the solutions to strengthen our validation process so we can be more confident to tackle Bahrain in a more normal way."