The shoulder brush between Lewis Hamilton and Max Verstappen after qualifying at Imola is a sign of how intense things could get between Formula 1's title rivals, reckons Jos Verstappen.

After Hamilton had qualified on pole for the Emilia Romagna GP a fortnight ago, he and Verstappen appeared to accidentally brush shoulders as they walked past each other in parc ferme.

But while the moment did not appear to be the result of deliberate tension between the pair, Verstappen's father thinks that it offers a glimmer of how things could pan out as the title battle intensifies.

Speaking on an Instagram Live session on Thursday with Ziggo Sport, one-time F1 podium finisher Verstappen Sr. said he was relishing the fight ahead.

PLUS: How Verstappen and Hamilton’s Imola clash sets the tone for F1’s 2021 title fight

"You don't know how it will go of course, but if I look at the shoulder nudge they gave each other after qualifying at Imola, I think we can expect something this year," said the 49-year-old, who made 106 F1 stars for the Benetton, Simtek, Arrows, Tyrrell, Stewart and Minardi teams between 1994 and 2003.

"They are both men that don't want to be outdone by the other. Neither of them will let the other push them aside, especially if it will be more and more about the title this season.

"I think it's going to be an intense and great year."

Max Verstappen is in the best position he has ever had to launch a full-on world title challenge, with Mercedes acknowledging that Red Bull has the stronger package in the final year of F1's current regulations. 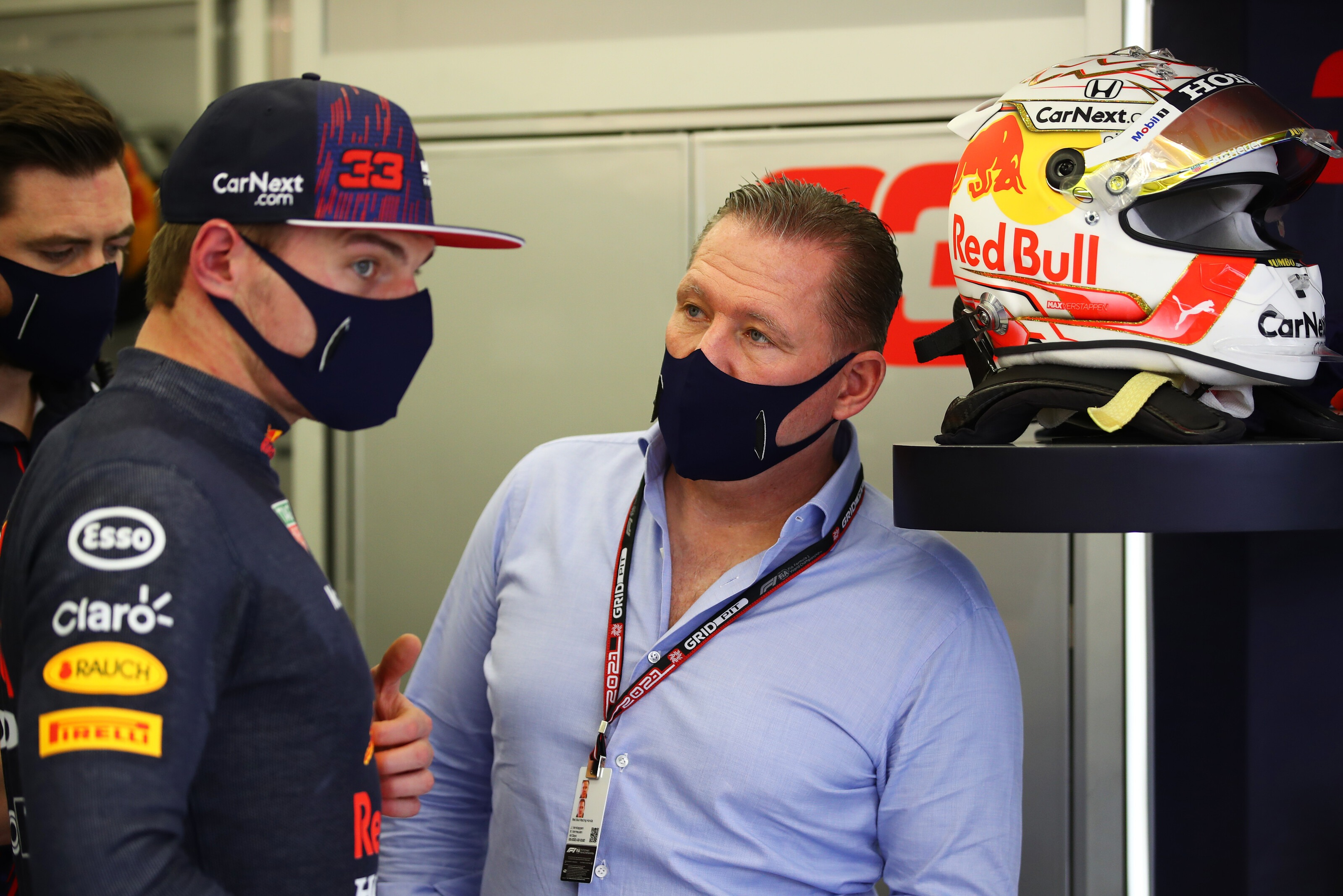 However, Red Bull boss Christian Horner has rejected the favourite tag applied by Mercedes, saying the seven-time title-winners have used the label to pile pressure on Horner's team, which last won the world title with Sebastian Vettel in 2013.

Asked about neither team wanting to be favourite, Verstappen said: "I think that Red Bull and Mercedes are almost equally matched this year.

"Toto Wolff keeps saying that Red Bull has the better car and Christian Horner in turn says that Mercedes has the better one. But I think the truth is somewhere in the middle.

"At every circuit the favourite differs, depending on what suits a particular car. But that creates extra pressure as well.

"The fact that we can win every single race, in theory, gives more peace of mind I would say, as we know that Max is in the right place at Red Bull. But yeah, at the same time it does bring extra pressure."