Button had missed qualifying on Saturday due to a misfire and had a 70-place grid penalty after a number of engine changes during the weekend.

His McLaren lacked the speed to make progress during the race, with only the two Manor cars finishing behind the British driver.

Asked to sum up his race, Button said: "Painful, I think, is the word.

"I was on the harder tyre at the start but still it was just waving goodbye to everyone in front really.

"The straightline speed that [other cars] have is just phenomenal.

"It's a massive difference in speed and I couldn't hold people behind me even if I was in front of them - not that I was very often, unless they were pitting or lapping me."

Button said he believed Honda had lost out more than its rivals from the high altitude of the Mexico City circuit.

"We've lost more power here than most with the altitude for some reason," he said.

"I don't know why; normally you'd think it would bring everyone closer together but it really hurt us here."

ALONSO TOOK START 'FOR THE FANS' 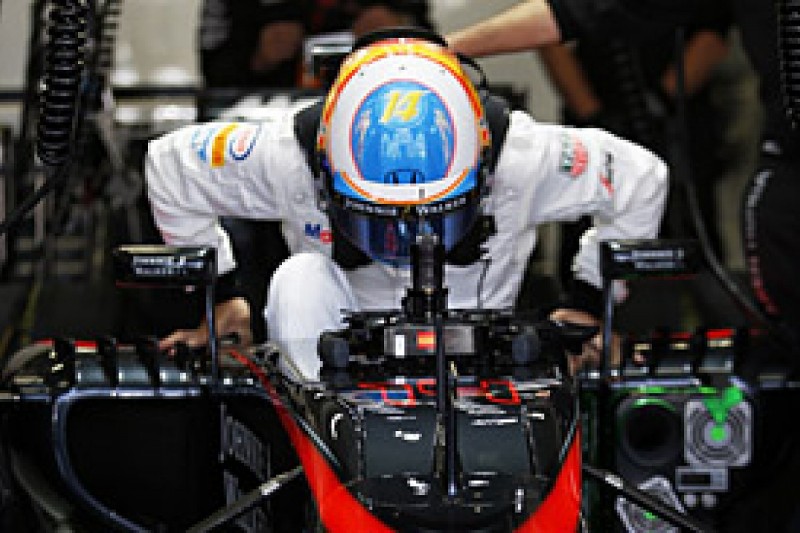 Button's team-mate Fernando Alonso retired at the end of lap one after the team discovered a problem with his engine on Saturday night, which was confirmed on the morning of the race.

With no time to fix the issue, Alonso said he and the team opted to start the race out of respect for the large Mexican crowds.

"We had two possibilities, retire the car without even starting the race or try our maximum, knowing that maybe one or two laps was the maximum we could achieve," he said.

"We did one lap, for respect of the fans because they were amazing all weekend.

"It's frustrating not even participating. Even if you are last at least you are on the track."

How Mexico is forcing teams to innovate