After feeling that his best hope of being high up on the grid was to favour the single lap pace, Hamilton says he went in a different set-up direction.

"They [the set-ups] are a little bit different, but Nico generally was quicker on the longer runs," he said.

"He had a happier balance and it was with the settings he has now.

"I went with a bit more of an aggressive approach, which may or may not be as kind on the tyres. We will see.

"I feel that we are both in a good position for tomorrow."

Despite emerging as Red Bull's closest challenger, Hamilton did not feel that his lap was particularly good.

"I felt mine was pretty bad and it didn't feel that great," he said. "I just didn't get the most out of it - the first two sectors particularly.

"There was more available and I wasn't able to extract it. Nico had a better lap, but the last sector was strong for me."

Although Hamilton got close to the Red Bulls in qualifying, he is under no illusions how difficult things will be on Sunday, as he doubts Mercedes has the speed to match Mark Webber or Sebastian Vettel. 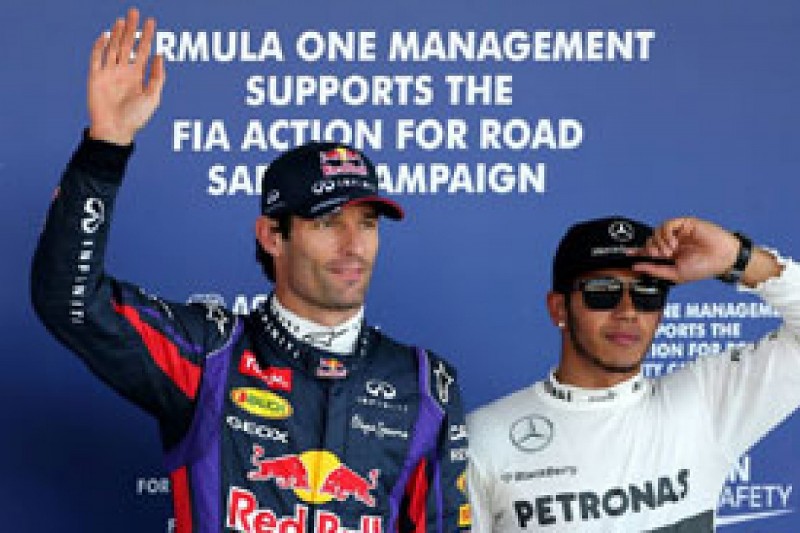 "The race is about beating Ferraris and also the Lotus's," he said.

"They have scored a lot of points - in the last race they got 33 points. So we want to beat both those teams.

"Red Bull? We are not in their league at the moment.

"The aim is to win as always, so when you start the race the mind is set on winning, but if those Red Bulls get into the first corner 1-2 then they will be gone.

"The Lotus is quick on the long run but still I think the Red Bull has got so much time in its pocket."