Another disappointing qualifying session left Alonso back in eighth on the Suzuka grid, with Lewis Hamilton and Nico Rosberg qualifying third and sixth for Mercedes - Ferrari's rival for second in the constructors' championship.

Alonso needs to finish in the top eight in order to delay Sebastian Vettel's coronation as a four-time world champion, but he said that was of little interest.

"If Sebastian didn't win the championship here, he'll win in India or Abu Dhabi because the combination of results [he needs] will be less and less strange," said Alonso.

"It's not our aim for the weekend, we're not trying to finish in the top eight just to keep the championship alive.

"We will race to score as many points as possible and try to finish in front of the Mercedes.

"That's the important goal for us; keeping the championship open until India will not change much for us."

Alonso sees little reason why Ferrari's form might change in the remaining races of 2013.

"We keep repeating the same thing - we are not in a position to fight with anyone," he said.

"We have some problems in terms of pace and performance that won't change in the remaining races because we have no new parts.

"I'm not frustrated to be honest, for four years we have been one second behind Red Bull. We were seventh in Korea, we didn't have the pace, we arrived here five days later and we didn't expect any miracles.

"We normally use them to score many points on Sunday, which has allowed us to be second in the drivers' and constructors' championships." 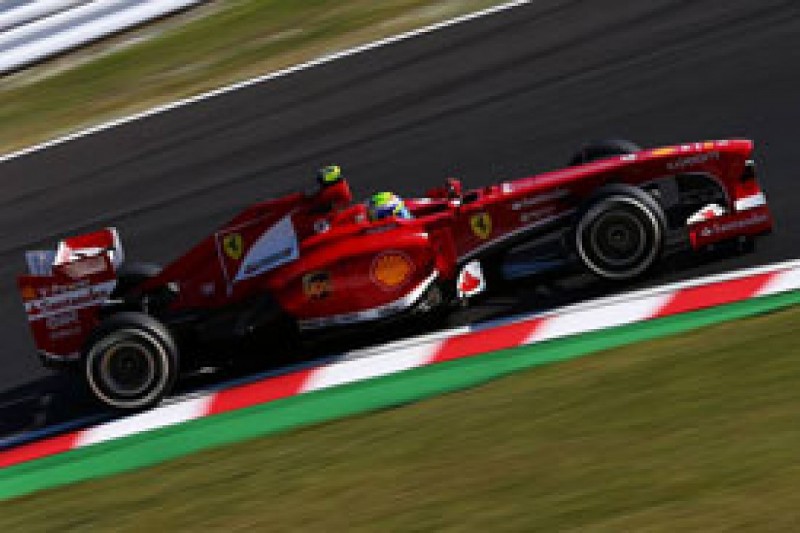 "It's the way we drive. Normally Fernando is pretty aggressive on the front, maybe he suffered with understeer a little bit," said Massa.

"Some tracks are maybe better for the way he drives and other tracks he suffers a little bit more. He will be good in the race tomorrow, definitely."

Massa laughed off any suggestion that he would be susceptible to team orders in the grand prix to help prolong Alonso's title hopes.

"I think the race will be pretty open for everybody."