Verstappen finished second at Suzuka, falling only 1.2 seconds shy of beating Hamilton after closing right up to the tail of the Mercedes driver in the closing laps.

Most of Verstappen's second stint was spent around three seconds adrift of the lead having gained time on the leader by ending his first stint on the supersoft tyres a lap earlier than Hamilton, for what appeared an attempted undercut strategy.

But Horner revealed that this was an instruction from the team in order to prevent a blister that appeared on Verstappen's front-left tyre during the second stint from worsening.

"We were managing, pretty much from about lap 35/36, an appearing and a widening blister on the inside of the front-left tyre that was getting ever deeper and wider," Horner said.

"So we asked Max to maintain a three-second gap as to not get into dirty air and damage the tyre further.

"But he was still able to easily sit there, and then as we got closer to the end of the race after the VSC, he said 'can I have a go?' and we said 'as long as you're sensible in the way that you approach it, fine'. And suddenly he was on Lewis's gearbox.

"It was a bit unlucky he came across Fernando [Alonso] and Felipe [Massa] having their own battle, because with another clear lap he'd have certainly had a go.

"Whether it would have worked or not I don't know, but he'd have certainly had a go, had a crack at making a pass. But it always would've been difficult." 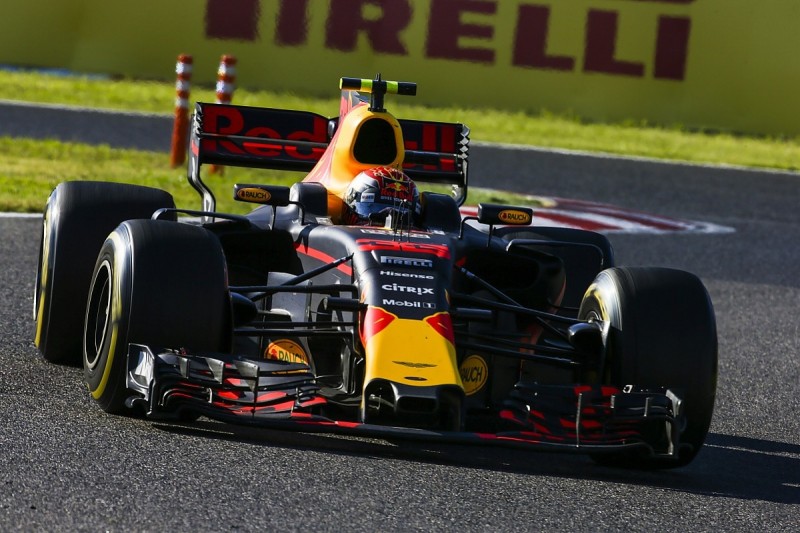 Horner added that concerns of a puncture like the one Ferrari's Sebastian Vettel suffered at Silverstone made the team nervous.

"We saw it in the first stint, and because the second stint was 25 percent longer, it [the blister] re-appeared," said Horner.

"It was a concern, because you think back to Vettel at Silverstone - it's very easy to pick up a puncture at that point.

"We were all just a little bit nervous about that."

Verstappen said that the late traffic didn't affect his ability to pass Hamilton, but conceded that he was having to manage the tyres to ensure he didn't "destroy" them.

"After the pitstop we had great balance on the soft tyres, I just managed to keep [the gap to Hamilton] around 2.5-3s," said Verstappen.

"I didn't want to close up more because then you destroy the front tyres, in case you maybe need them at the end. It was all on the limit I guess, but for many people."

Mercedes has no concerns about Hamilton's Japanese GP F1 engine