Ex-GP3 and European Formula 3 frontrunner Jake Dennis will test for the Red Bull Formula 1 team at Barcelona this week, with all 10 teams' line-ups now settled

The 22-year-old, who switched from single-seaters to GT racing last year, will take over from Red Bull race driver Max Verstappen on Wednesday.

Red Bull says his chance to test the RB14 is to provide "useful correlation" between his sim work and the team's on-track development.

The team could adapt its schedule for both drivers if changing weather impacts the amount of useful track time.

This will be Dennis's first F1 test since he drove a McLaren in 2013 as part of his prize for winning the '12 McLaren Autosport BRDC Award.

Dennis was that year's Formula Renault Northern European Cup champion, which he followed up with podium-finishing campaigns in the FR Eurocup and European F3. 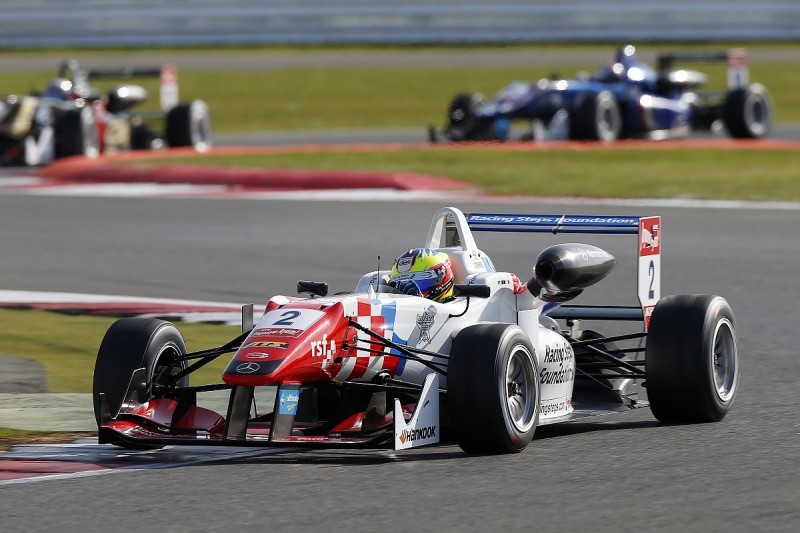 He was third in the 2015 Euro F3 standings, winning six races, then fourth in GP3 the following season - his last in single-seaters.

Dennis drove for the WRT Audi team in GTs last season, before switching to Aston Martin outfit R-Motorsport for 2018.

Mercedes is fielding race drivers Lewis Hamilton and Valtteri Bottas on Tuesday and Wednesday, with Sebastian Vettel driving for Ferrari on day one and the Scuderia's reserve Antonio Giovinazzi taking over for day two.

Giovinazzi will also drive for Sauber on Tuesday, before the Swiss team fields current racer Charles Leclerc on Wednesday.

Force India will run three young drivers - its own affiliates Nicholas Latifi and Nikita Mazepin and Mercedes' George Russell (the 2014 Award winner) - as it is conducting Pirelli test work as well with a second car.

Williams's official young driver Oliver Rowland, who won the Award the year before Dennis, will get his first on-track run in the FW41 before handing over to Robert Kubica.

McLaren fields a pair of winners of the award that bears its name: reserve and development drivers Lando Norris and Oliver Turvey will drive, along with Stoffel Vandoorne.

Formula 2 racer Sean Gelael is due to drive for Toro Rosso on the opening day before handing the car back to regular driver Pierre Gasly.

Jack Aitken will make his contemporary F1 car test debut at Renault on Wednesday after Carlos Sainz Jr kicks off the test for the French manufacturer.

Like Mercedes, Haas is fielding its race drivers: Romain Grosjean will drive first before Kevin Magnussen takes over.

How Hamilton got his mojo back and Vettel lost his