Formula 1 teams will "deliver something a bit more rough" with their 2021 cars as a result of technical regulations being delayed, reckons Ferrari sporting director Laurent Mekies

Protracted negotiations over F1's desire to invoke sweeping rule changes for 2021 have resulted in the final technical rules being pushed back to the end of this month.

They should have been signed off several months ago but teams and stakeholders have disagreed over several key points, which means team face the prospect of having 16 months to build a very different type of F1 car before testing begins ahead of the 2021 season.

Asked by Autosport about the impact such a delay would have on design work, Mekies said: "We could make up the time for most of the items, you will just deliver something a bit more rough.

"In that specific case it's probably more important that we get the regulations right, even if it comes at a later stage, even.

"If it means something is delayed to the following years, [it is better] than to have something early that we are not happy with." 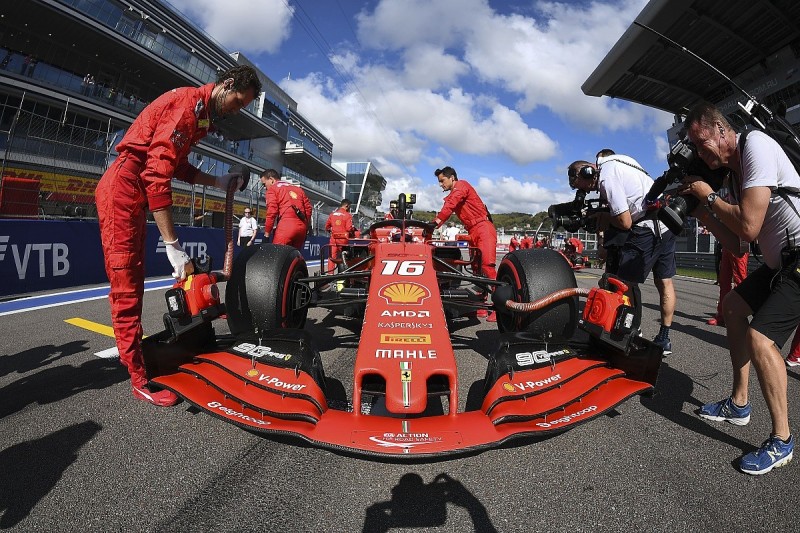 When asked by Autosport what the ideal start time would be for working on a new car, Mercedes technical director James Allison said he would aim to begin in November or December for a season starting more than a year later.

However, he admitted that a bigger rule change would require "a bit more of a run-up at it".

"A sort of facile answer to that is that there's always enough time, it just depends on the quality of what you do changes, depending on how much time you have," said Allison.

"There was a time, I'm sure you remember, where the Brawn team managed to put a brand new engine in their car and win a championship in a matter of a few weeks, because they had to do it.

"So you can do a lot of things in a short amount of time, but the standard lead-time for working on a new car is a little over a year so you want to be working sort of November/December of the year before the year before, so 14 months or so.

"A bigger rule change you would maybe want a bit more of a run-up at it than that.

"But if there was less time you would still do it, it would just be a bit more of a finger in the air job."

Though teams have some idea of what the 2021 technical rules will entail there is no final version and debate continues over significant elements such as standard parts.

Red Bull's chief engineer Paul Monaghan said: "It would be preferable to have rules that we all agree on before we embark.

"If that pushes it back a little bit, we can still do a car and whoever's finger is lucky in the air may well be lucky at the start of the season, you never know.

"It would also depend on how we chose to divvy up our resources for the 2020 car."