The 2007 world champion missed the cut in the first segment of qualifying for the Hungarian Grand Prix when Ferrari decided to keep him in the pits in the closing stages, and his time was beaten by the Marussia of Ferrari protege Jules Bianchi.

Raikkonen admitted that he was unsure if it was the right decision to not run as he felt happier on the softer tyre compound, but the team believed it had made the right call.

"The plan was to do another run but we never did," the Finn told reporters after the session.

"I questioned it a few times but they said there was no need, and obviously we can see the end result.

"As a team in Formula 1, as Ferrari, we shouldn't make these kind of things. We are not in our first year, any of us.

"People make mistakes, but obviously there are things we need to change to make it better."

Raikkonen and team-mate Fernando Alonso were knocked out in the first part of qualifying for the British Grand Prix, with the Spaniard saying afterwards the Scuderia needed to "speed up" its decisions.

When asked if he could have simply overruled the team and demanded to go out, Raikkonen said that he placed his faith in Ferrari to make the right calls.

"I've got trust in the team and I believe in the people," he added. "I questioned it but I cannot go against advice.

"We are here as a team, we make decisions as a team and today the outcome was this.

"I don't really see the point in shouting around. I've done mistakes in the past and will make more in the future." 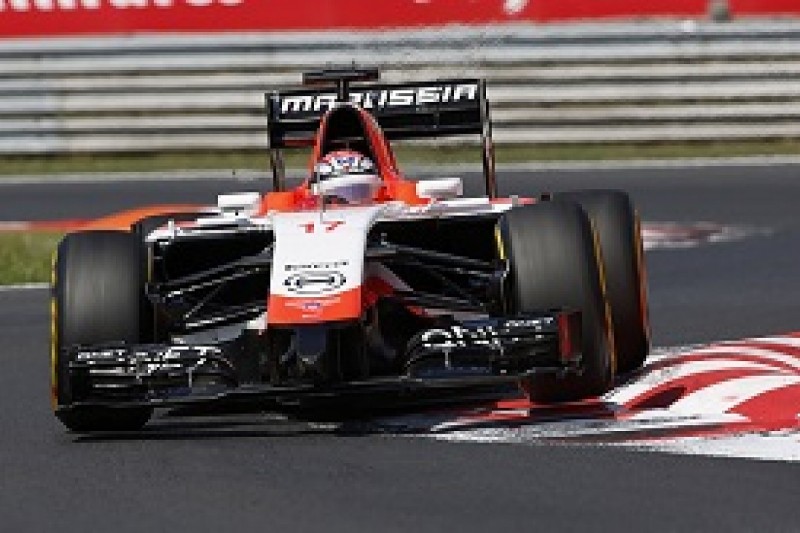 Bianchi, who took Raikkonen's place at the recent Silverstone test while the Finn recovered from his crash in the British GP, said that Ferrari might have been caught out by his below-par first run in Q1.

"Maybe what they got wrong is that I made a big mistake in the first run," said the Frenchman.

"They didn't know that and they saw my laptime was pretty high, so they didn't expect me to gain a second.

"That was maybe the trickiest thing for them to manage. But it's good for me to be in Q2."