Nico Hulkenberg thinks Renault's poor Formula 1 results tipped it "over the edge" with its driver choice, as he explained the "bundle of factors" he believes cost him his seat

Renault announced on Thursday ahead of the Belgian Grand Prix that Esteban Ocon has been signed to partner Daniel Ricciardo in 2020.

Hulkenberg reacted to his exit immediately by suggesting on social media that the decision was made beyond simple performance reasons.

Renault has struggled so far in Hulkenberg's third season with the team and he has been outspoken about that lack of progress.

Elaborating to the media at Spa, he admitted: "Things are connected, aren't they? "I've been here three years now. 2017 was good progress, '18 was still good. This year we have a very tough year.

"And with the difficult year we're having there's some wish for change, or something has to give, and it contributes a bit to that and leads to this decision.

"It's a pity we can't continue because especially this year we wanted to make a step forward and couldn't really get it yet. The situation is what it is."

Renault signed Ricciardo for 2019 on a lucrative two-year deal.

But Hulkenberg believes other factors - such as Ocon's age, the current Mercedes reserve driver is 10 years Hulkenberg's junior - and the prospect of having a Frenchman in a French manufacturer team were more significant than finances. 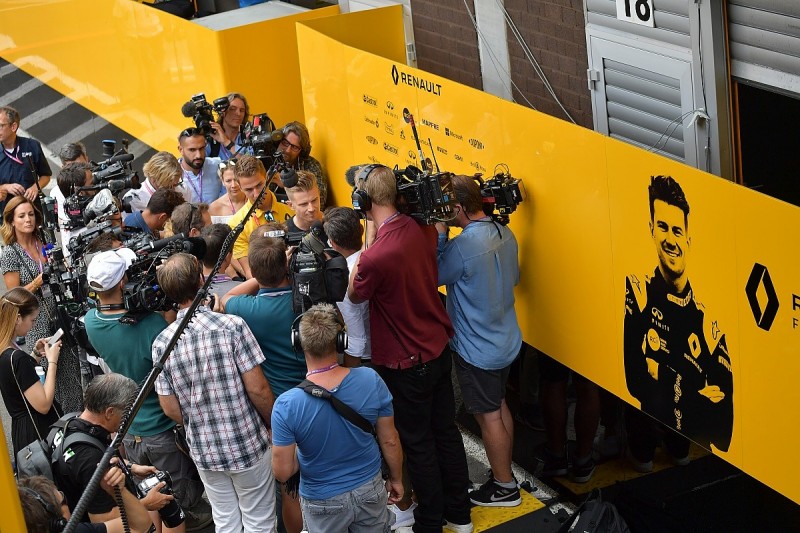 When asked by Autosport if he felt he was worth more than what Renault was willing to offer, Hulkenberg said: "No. No, no, no. That was in line and we were more or less in agreement.

"But [it's] different drivers in different stages of their career, there are different commercial things and there's also the nationality factor in here.

"It's a bunch of things. The difficult season we're facing tips it over the edge a little bit."

When pressed on Ocon's nationality being a factor, Hulkenberg added: "There's several factors when a team considers drivers. I got the impression that was one piece of the puzzle."

Renault is seventh in the constuctors' championship after 12 races, while Hulkenberg trails team-mate Ricciardo by only five points in the drivers' standings.

He said that his results, impacted by reliability problems Renault has suffered this year, were another factor in the team's decision.

"We had a lot of race issues, lost races, lost a bunch of points, which also had an impact on the contractual side of things," said Hulkenberg. "It affected it quite a lot actually."

Ricciardo said he expected that "performance and growth" were bigger factors in Renault choosing Ocon over Hulkenberg, describing nationality as a "bonus".

"But as far as [the] team goes, [it's about] performance - I'm not convinced the team is making decisions based on marketing at the moment.

"Maybe the French thing is a bonus, but I would definitely say performance and growth in the team is the bigger reason why they signed with him."