Formula 1 is braced for a day of possible delays and disruption in Russia after heavy rain hit the Sochi Autodrom on Saturday.

The forecast for the weekend had always suggested there would be some kind of weather interruption, with the worst of the rain due to arrive on Saturday.

The FIA began to pre-empt possible disruption by bringing forward the F3 race scheduled for Saturday morning to Friday evening, allowing Dennis Hauger to clinch the title in a dry, uninterrupted race.

But the remainder of Saturday’s intended running may not be so fortunate. Rain fell throughout the night and continued into the morning, leading to a possible impact on the F1 sessions scheduled at the Sochi Autodrom.

Final practice for the Russian Grand Prix is set to take place at 12pm local time in Russia (10am BST), with qualifying then scheduled for 3pm (1pm BST).

FIA race director Michael Masi spoke on Saturday morning about the weather situation, saying there may be a window in the afternoon where conditions would improve.

“The procedure for today will be that we will aim to start all sessions, get everything ready from an operational perspective, and then judge the conditions at the time,” Masi said.

“We have what we’ve seen from a forecast side is that we will have this level of rain until about 1:30-2pm local time. And then it decreasing in the afternoon.

"So the priority from today’s perspective is obviously Formula 1 qualifying this afternoon.”

Just one month on from the Spa washout that left the paddock frustrated, F1 could be set for another interruption today in Sochi. Here is how it may handle any possible washout in Sochi today. 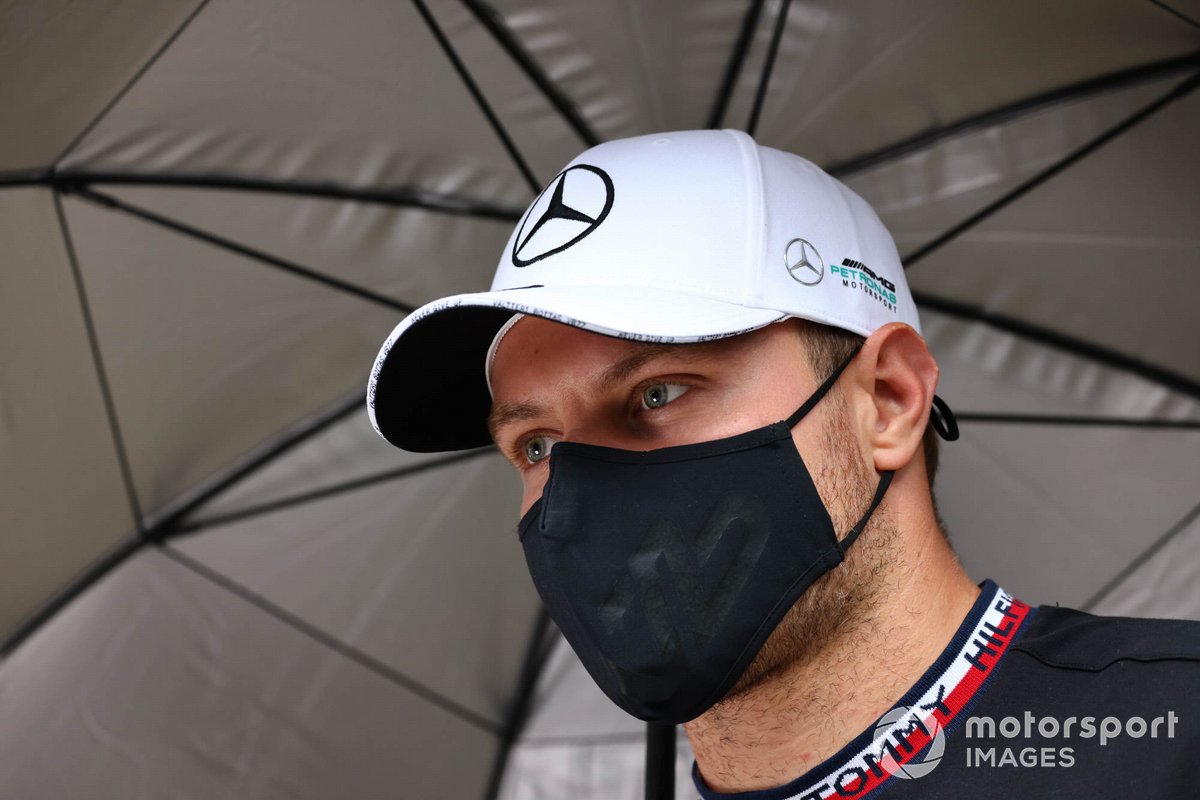 Qualifying on Sunday has been a move often deployed by F1 when Saturday’s running has been interrupted - an occurrence in Japan on three occasions in the past 20 years.

The most recent Sunday qualifying session took place in 2019, when an incoming typhoon prompted the FIA to call off Saturday’s running the day before, giving the paddock a chance to hunker down and avoid a wasted day at the track.

The typhoon ultimately blew off course, meaning there was no major damage to Suzuka, and qualifying was able to take place on Sunday morning under bright blue skies before the race a few hours later.

Should qualifying not be able to take place today, then fitting the session in on Sunday morning would not be an issue for F1, assuming there is enough of a window of decent weather in the lead-up to the race.

There is plenty of precedent for doing so, and while it would prompt a rejigging of the schedule with both F2 and F3 races planned for Sunday as well, it is a scenario the paddock is prepared for.

“If qualifying isn't able to happen today, as we have seen a few times before in the past, then we will hold qualifying on Sunday morning,” Masi said. 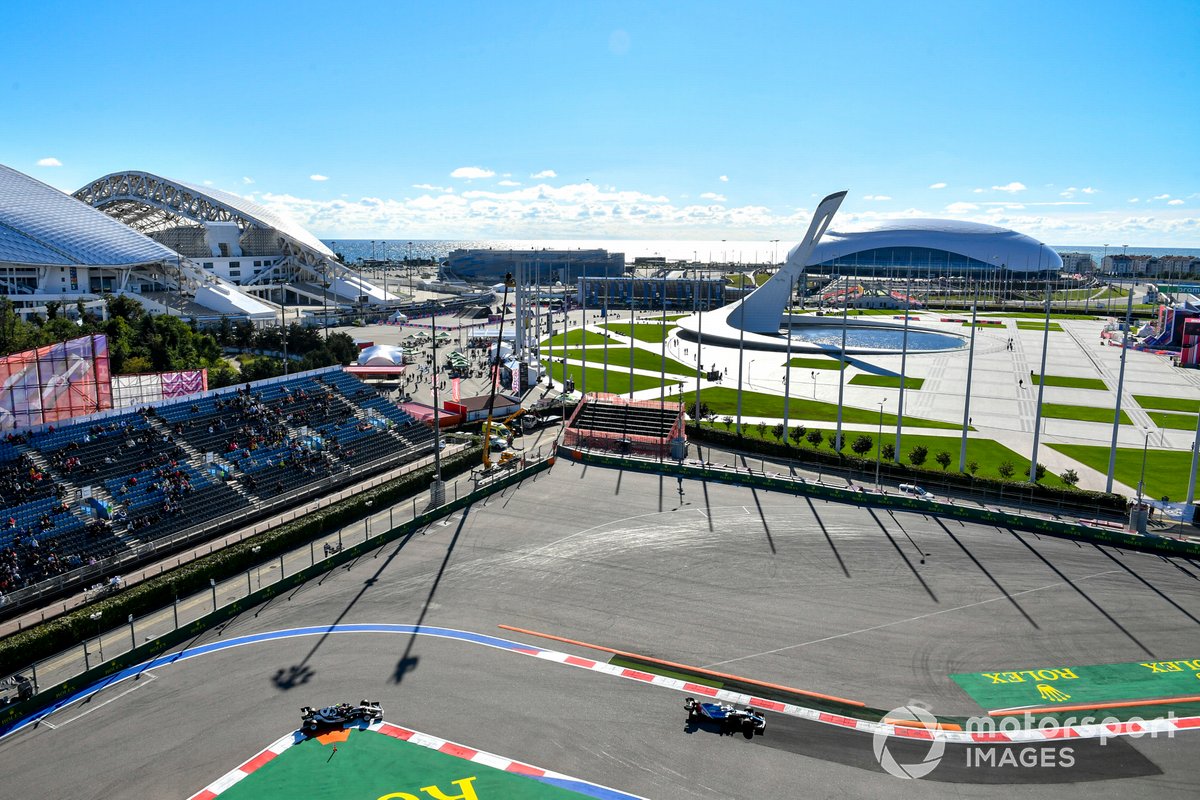 Use FP2 results to set the grid

But if the rain were to continue through Sunday morning and force qualifying to be called off completely, then it may be that the results from second practice end up forming the grid for the race in the afternoon.

While this is not a move that has been required in the past, it was one that the FIA confirmed would be put into action at Suzuka in 2019 if no qualifying action could take place.

The stewards announced on the Friday of the Suzuka weekend that if qualifying could not go ahead, they would “exercise their authority under Article 11.9.3.b of the International Sporting Code and direct that the grid for the Japanese Grand Prix will be established based on the Second Practice Session Classification, with any penalties applied as necessary.”

It is an eventuality that the FIA does not appear to be currently actively anticipating, given the absence of any similar statement so far this weekend. But Red Bull sporting director Jonathan Wheatley was heard on the radio to the FIA at the start of FP2 discussing the weather situation and the potential for that session forming the grid.

Were that to be the case, then Valtteri Bottas would start Sunday’s race from pole position ahead of Lewis Hamilton after the Mercedes drivers led the field in FP2 on Friday. Pierre Gasly would start third for AlphaTauri, with Lando Norris fourth.

Charles Leclerc and Max Verstappen would still have their penalties applied, meaning they would start the race from the back of the grid as planned. 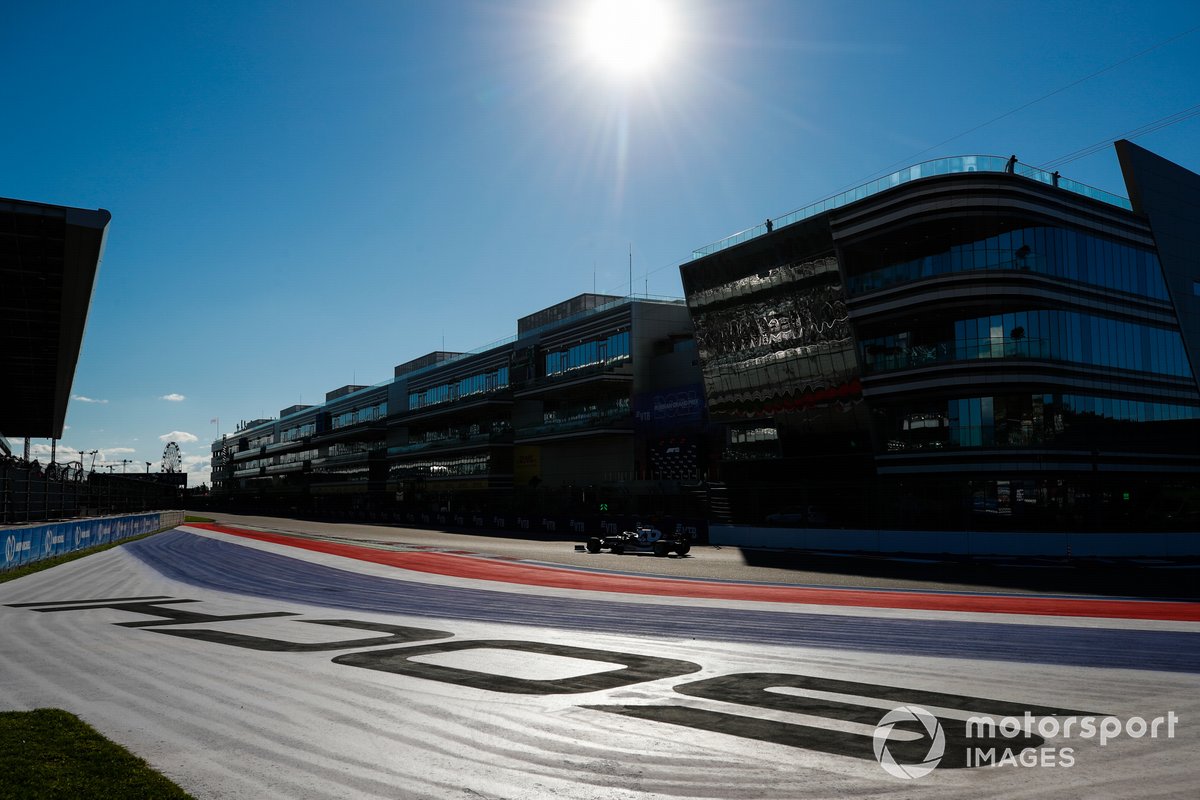 Work to find a window later on Saturday

F1 fans were left frustrated by the recurring rain delays and updates about the weather at Spa one month ago, but it may be a similar story for qualifying on Saturday.

With the F2 race in the morning already being impacted and the rain not set to ease off until the afternoon, F1’s final practice session looks bound to be impacted.

Masi explained on Saturday that the FIA could either begin the session and red flag it immediately to let the clock tick down if it looks like there may be a window for some running, or the session could be abandoned completely.

Unlike practice, qualifying can be delayed and delayed, but the big factor will be the light levels in Sochi, particularly with the weather being so bad.

“The determining factor this afternoon will be light,” said Masi. “Sunset locally is about 1815 in the evening, but with weather conditions like this, obviously light diminishes far earlier. So that will ultimately be our cut off point.”