All three drivers took new power units over the weekend and received automatic back of the grid penalties. However, the order in which they would line up on Sunday’s United States Grand Prix grid was determined by how they fared in qualifying.

Usually drivers who have such penalties spend the weekend focusing on work for the race, make a token effort in Q1, and then don’t go out in Q2.

That was initially the plan for Russell and Vettel, whose penalties were public knowledge on Friday morning.

However, when Alonso joined them with a power unit change for Saturday it meant two grid places were up for grabs, so all three went into qualifying with the intention of beating the others, in order to take 18th rather than 19th or 20th spots.

The extra challenge was that they didn’t want to go too fast that they accidentally made it into Q3, and had to commit to starting from the back on the unfavoured soft tyres.

In the end Vettel won the contest by taking 12th in Q2, while Alonso, who also found time to give Alpine team-mate Esteban Ocon a tow, earned 14th. Russell lost his last lap to a track limits penalty that left him 15th.

They will start with Vettel in 18th, Alonso in 19th and Russell in 20th, adding an extra element to the race as they try to make their way up the order together.

“I think when it was just Sebastian we were probably not going to go out in Q2,” Russell said when asked about his qualifying strategy by Autosport. “But then when it was Fernando as well, we decided to give it a go.

“It was a strange feeling waking up this morning knowing if I would have been on pole here, I’d still be starting last.

“Sebastian was looking pretty strong to be honest. Sector one was really good, I just lost it slightly. It’s my first track limits [lap deletion] of the weekend. Not the end of the world, and it will be nice to be looking forward tomorrow, rather than looking backward as we usually do on a Sunday.” 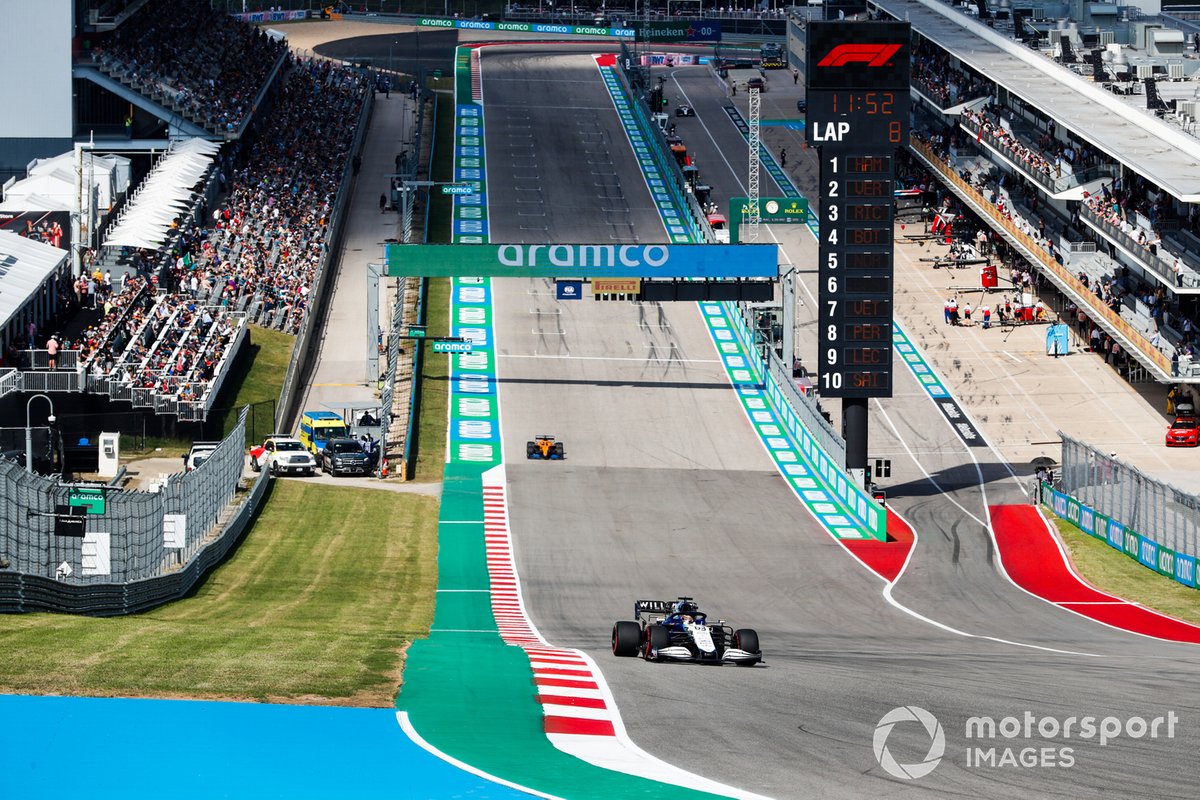 Alonso admitted that it wasn’t easy to judge the pace and avoid Q3.

“We had to see if we could overtake George and Vettel somehow,” said the Spaniard when asked about his Q2 plan by Autosport. “But without putting too much into it, because you don’t want to set a too quick lap and then accidentally go to Q3, and then you start with the old tyres. So let’s see if tomorrow we can still score points.”

Vettel insisted that he hadn’t had to try too hard to outpace his two rivals.

“I think they didn't have a proper set of tyres,” he said. “And we only wanted to make sure that we were ahead of them. And the last lap I wasn't pushing, so we were just managing to not get into Q3. Which is rare! But obviously the exercise was to beat those two.”

Vettel believes that his extra focus on race running could pay dividends.

“Let's hope that the extra laps yesterday help us to know what to expect tomorrow. I mean we will have our pace, we know how fast we are and what will be, but we don't know how fast the others will be, so I think it will be a tough race with hot conditions, and tough on tyres, so we'll see what happens.

“Not the easiest track [for passing], I mean there are no easy tracks but it's possible to overtake. And if the tyres tomorrow will be the limiting factor I think people will slide and usually that gives you some opportunities.”