Max Verstappen has revealed how the brake pedal setting of his home sim rig gave him the confidence that he was fit enough to return at Formula 1’s Hungarian Grand Prix.

The Dutchman spent time after the British GP recovering from the battering he took from his 51G impact with the barriers after the opening-lap crash with Lewis Hamilton.

While feeling in much better shape a few days after the accident, Verstappen still could not be sure how he would shape up when thrust back into the demands of an F1 cockpit.

But he says his mind was put at ease when he took part in the iRacing 24 Hours of Spa with Jeff Giassi and Gianni Vecchio last weekend.

Having completed around eight hours of running in total, he finished fifth in a Porsche 911 GT3 R entered by sim squad Team Redline.

What gave him a particular boost was that he opts to run a super stiff brake setting – similar to the feel of his F1 car – on his home rig, so he could be sure that after running for a long time at home he would not face issues at the Hungaroring.

“It felt pretty good, actually,” Verstappen told Dutch channel Ziggo Sport. “Some people think that a sim race can’t be compared with the real thing, but I have set my brake pedal pretty hard at home.

“It meant I could already practice how my knee would hold up, and my ankle. So when I got into the car here in Hungary, I didn't have to use much more force than at home. Everything just felt OK. And my neck is doing well as well, so that's great.” 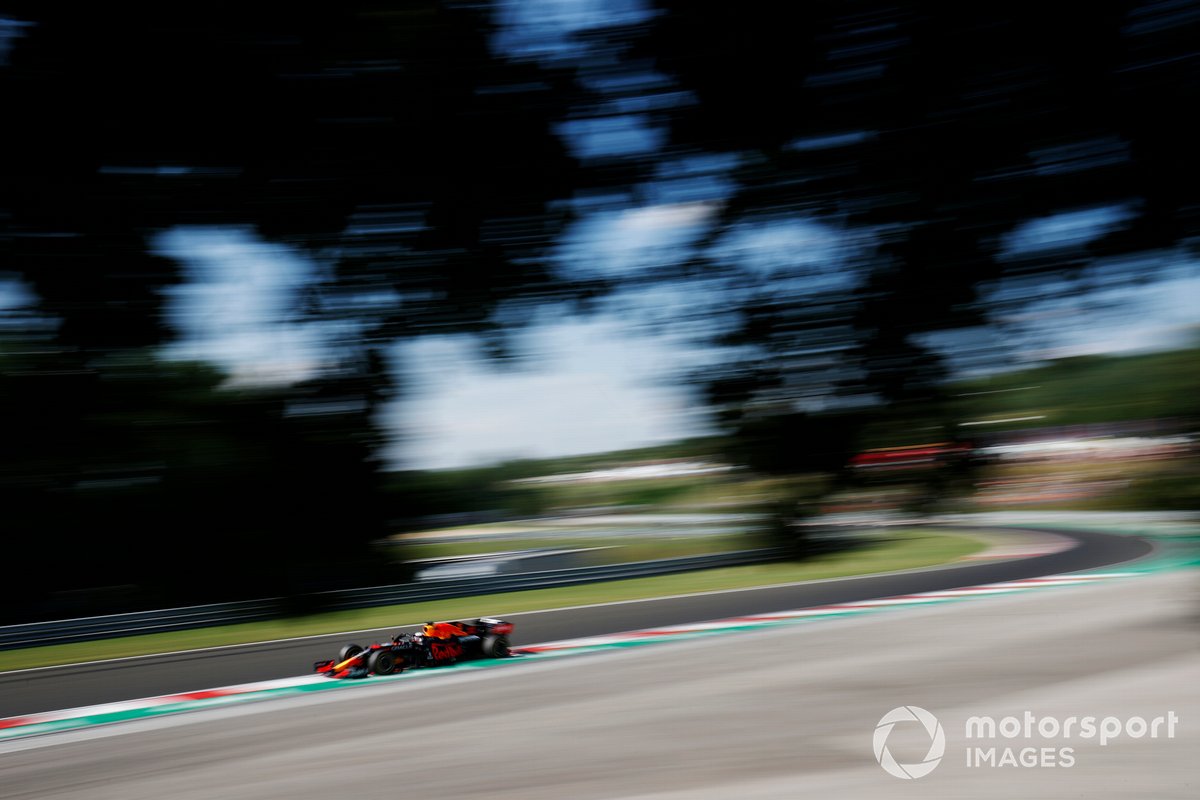 While suffering no problems himself during the first day of action in Hungary, Verstappen said he was left chasing a better balance for much of the day.

"It was not bad, but we still need to improve a little,” he said. “FP1 wasn't too bad, but already then I had issues with the balance, I just wanted a slightly different balance. And we didn't really manage to improve this in FP2. So we still need to have a look at that."

But the best bit of news for Verstappen was that the crashed power unit that had been rescued from Silverstone had run without problems.

"Yes, that all went well,” he said. “When I got out at Silverstone and looked at the car, it didn't look so positive. But miraculously the engine survived. That's very good of course."