Bernie Ecclestone is the latest figure to declare that Formula 1's Strategy Group must go, following its controversial 2016/17 revamp proposals and amid little progress on cost cuts

But if the Strategy Group is the wrong answer for the question of how F1 should be steered, what is the right one?

AUTOSPORT's F1 reporters consider the alternatives for how F1 could be run. 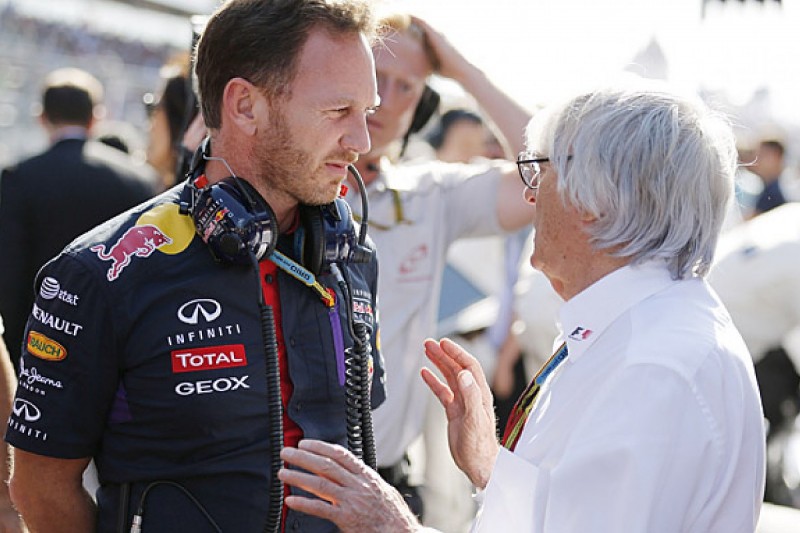 IAN PARKES (@ianparkesF1): Bernie Ecclestone, Christian Horner, Paul Hembery, they're all right - it is time for the Strategy Group to go.

Its concept is, and has always been, utterly ridiculous - only six teams joining the FIA and FOM at a self-serving table that pushes the small teams to one side.

In no other sport do teams have such a say on how affairs are run, and it is high time it was all brought to an end, particularly when there are too many egos pontificating and there is too much self-interest at stake.

Even if the four smaller teams joined in, that is simply another four voices to add confusion to an already befuddled mess.

But the point at which I disagree with Ecclestone is to return to the old days of the 'Max and Bernie Show' when Ecclestone and former FIA president Mosley employed a tactic of divide and conquer.

The FIA, as the governing body, with Jean Todt as its president, has to be allowed to rule, working in conjunction with the various Working Groups to draw up a definitive set of regulations, and with no interference from the teams.

As Horner pointed out, it is then up to a particular team to decide whether to enter a championship or not based on those rules.

As for Ecclestone, leave him alone to do what he does best - wheeling and dealing with circuits, promoters and television companies to draw up the best deals. 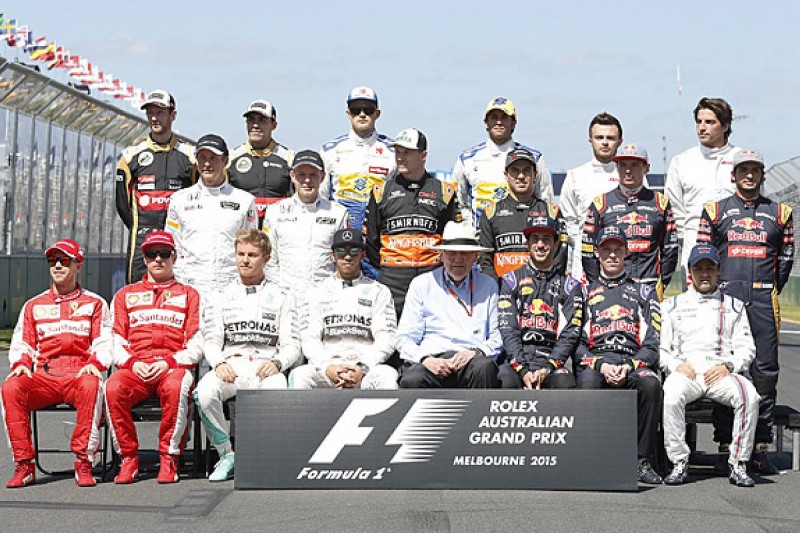 BEN ANDERSON (@benandersonauto): I don't agree with Bernie Ecclestone's assertion that Formula 1's Strategy Group should be abolished. Anyone suggesting something is "too democratic" immediately arouses my suspicion.

The Strategy Group doesn't need to be destroyed; it needs to be reformed. Its problem is not that it's too democratic, but rather that it's not democratic enough.

The current body is a half-baked attempt at something that is broadly correct. To become effective it should be expanded.

Firstly all F1 teams should be represented, not just 60 per cent of the current grid based on previous results and deals done with the commercial rights holder.

Furthermore, all those with a serious stake in how F1 functions should have a seat at the table.

The teams, the promoter and the governing body should be there of course, but so should individual race promoters, the drivers (through the GPDA) and perhaps even paying fans too - via a specific organised collective.

Everyone has a vote and the majority carries.

In this way you might create better conditions for collaboration, while reducing the effectiveness of divide and conquer rule.

Sure it's not perfect - no democracy is - but it would be better than what we have now.

GIVE TEAMS A VOICE, BUT NOT POWER 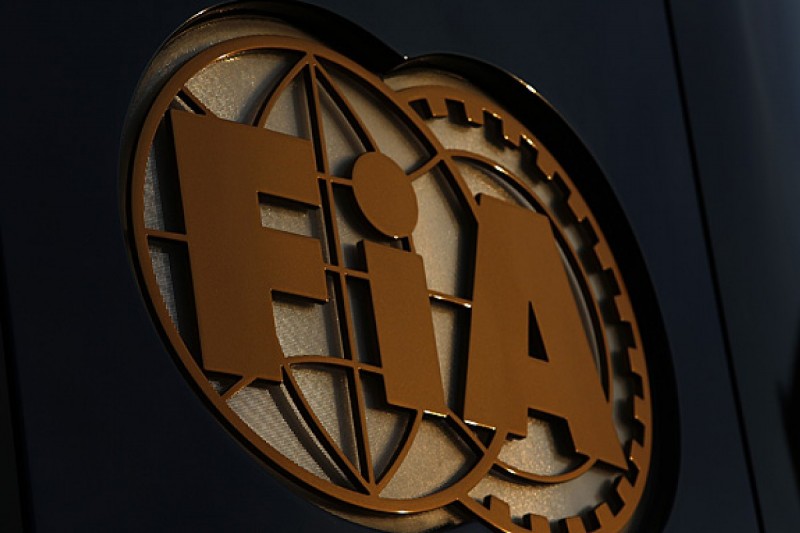 LAWRENCE BARRETTO (@lawrobarretto): The idea of a group that gets together to throw ideas around in a bid to improve Formula 1 certainly has its merits. After all, the teams know F1 better than anybody else.

The problem with the Strategy Group, though, is not only is it unfair that only six of the 10 teams are allowed to take part, but it is also ridiculous that those six teams have a vote each in pushing through measures for consideration by the F1 Commission and World Motor Sport Council.

In what other sport do teams directly influence the shaping of the rules? You don't see Manchester United, Chelsea and Manchester City voting for measures to tweak the Premier League's homegrown player regulations for example - that decision is solely down to the Football Association.

The solution is simple. The FIA is Formula 1's governing body and should be responsible for writing the rules and making amendments.

Teams can suggest measures they would like to see introduced, some of which may well be put into force, but ultimately it should be the FIA that decides.

That would speed up the process, as one party has to make the call rather than a group needing to come to a compromise, and make it fairer for everyone on the grid.

If a team doesn't like the rules, it doesn't enter. It should be as simple as that.

GET THE PRIORITIES RIGHT 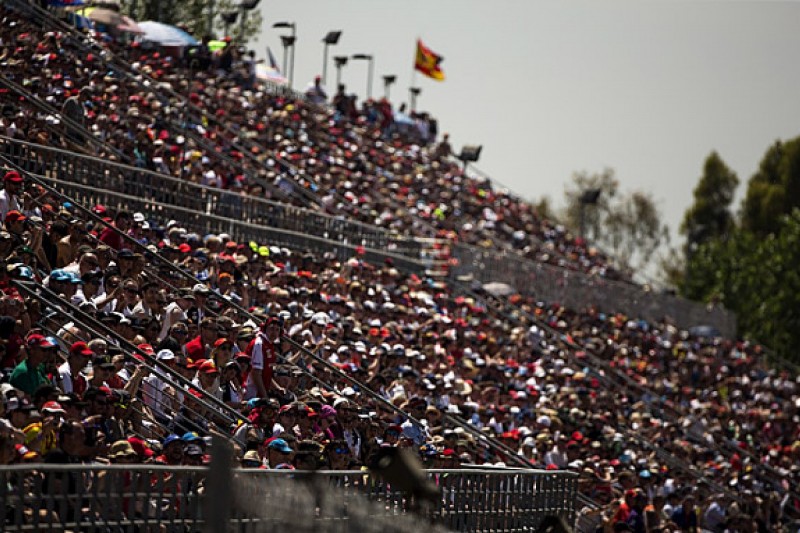 GARY ANDERSON: Formula 1 needs to retain the Strategy Group, but it needs to be very different from the current one.

It has a distinct inability to make any decisions, so this new group needs to be made up from all the fractions involved.

A single representative from each of the following need to meet and set out a priority list of what F1 needs to do to get the viewing and spectator numbers climbing again:

Each would have an elected representative; so, for example, the TV voice would be elected by the rights-holding broadcasters.

The fan representative is more difficult, but there's no question they need to be represented. Effectively they own F1, as without them it all goes down the pan.

A 60 per cent majority would be required for proposals to carried and then it's down to the relevant people or group to make it happen. If it's a technical regulation change, then a rule needs to be written to enforce it.

We cannot continue doing nothing. But whatever is done needs to address the problems and not just make changes for change's sake.

For too long, individuals have had eureka moments that have ultimately cost everyone a lot of money and achieved nothing. 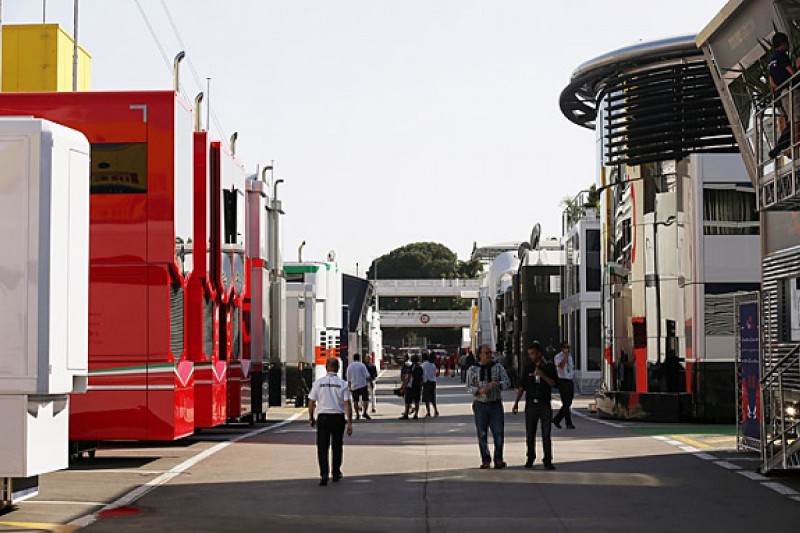 DIETER RENCKEN (@RacingLines): As the journalist who broke news about Strategy Group's workings, I am aware of Formula One Management's legal obligations.

Thus it is not so much a question of what can be done, but what is possible within the framework of agreements running to 2020.

The answer is very little, as FOM is obliged to provide a forum for four major teams, Williams (on the basis of its heritage) and a floating seat.

To prevent legal issues, the SG would thus need be thrown open to all teams - effectively a return to 2010-12 Concorde Agreement procedures, when all teams were represented on Sporting/Technical Working Groups.

The difference is one - not two - forums, and FIA/FOM each holding six votes each, and each team a vote apiece.

With Haas and a potential newcomer that equals 12 team votes, or 50/50 split between teams and FIA/FOM. Seventy per cent majority would be required for items slated for the following year, and unanimity for prior introduction.

Thereafter the SG escalates motions to the F1 Commission - comprising FIA/FOM, teams, sponsors/technical partners and promoters to provide checks and balances via the same vote structure - then to the World Motorsport Council for ratification/implementation.

Not the desired root-and-branch overhaul, true, but the best possible solution within legal frameworks, and a vast improvement on the current inequitable and farcical structure as this provides all teams with voices - while reducing the influence of FOM, pre-occupied as it is with maximising profits for shareholders. 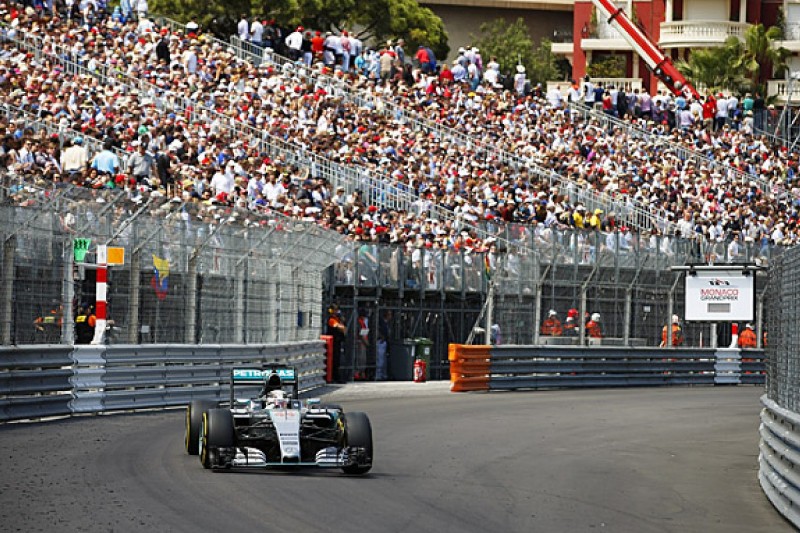 EDD STRAW (@eddstrawF1): The main gripe with the Strategy Group and any of the bodies that preceded it is that too many involved operate through self-interest rather than for the collective good.

So what I would like to see is an independent body that works jointly for the FIA, FOM and the teams that exists to serve the best interests of Formula 1. Ensuring its independence would be tricky but it's the best way to guarantee it works for the good of F1.

It would need a real budget, which can allow it to commission independent research. You want to change a technical regulation? Well here's a well-funded project that will properly understand whether it will have the intended effect.

It will also consult other stakeholders - teams, broadcasters, promoters, media, fan groups, sponsors - to draw on their expertise.

Rather than plucking ideas out of the air, it will permit those ideas that are considered to be plausible after initial examination to be explored in greater depth.

Yes, it would require investment, but F1's revenues are plenty big enough. Under the direction of the right leader, and with quality people giving their full-time attention to developing F1 rather than relying on vested interests working on a part-time basis, the potential is enormous.

How would you change the way Formula 1 is run? Join the debate on the AUTOSPORT Facebook page to have your say