When the Formula 1 paddock re-opens for business this weekend after the summer break at Spa, one driver will arrive as a grand prix winner for the first time.

Esteban Ocon’s shock victory at the Hungarian Grand Prix offered a feel-good story for the series as a whole before breaking up for summer, going a long way to defuse a lot of the tension and toxicity that had been building up.

Any first win is significant, but in Ocon’s case, it marked an against-the-odds success that reached far beyond the unlikely nature of a win for his Alpine team in F1’s current competitive climate.

Ocon’s win was a rare counter against F1’s growing “billionaire boys’ club” image - a term coined by Lewis Hamilton earlier this year - and vindication for all of the difficult moments he and his family faced.

Ocon’s F1 career has hardly been on a constant upward trajectory, given the struggles of Lotus in his junior days and the financial collapse that faced Manor and Force India during his time with both teams. But he kept fighting and kept going with a hunger that was bred much earlier in life, when he saw his family make deep sacrifices to keep him racing.

It is a subject Ocon has rarely spoken about, but he opened up about his family’s efforts on F1’s Beyond the Grid podcast back in 2018. His family home was sold in order to keep him racing in go karting, leaving a young Esteban, his mum and his dad to live in a caravan that they towed around Europe going from racetrack to racetrack.

“They gave everything they could, there was nothing left,” Ocon said. “[The house and garage] was sold for racing. We lived in a caravan. I usually don’t like to speak about that. Usually I don’t like to explain that story, because it’s been very tough. To look back at those times and think I am here [in F1] now, it’s quite crazy.

“They’ve been the ones supporting me and believing in me since day one. They also put their life on the side to help me get where I wanted. They believed in me when everyone else was saying you would never manage to do it, even people in my family said you guys are crazy, don’t do that. And they were believing it. Of course, we managed to do it in the end.” 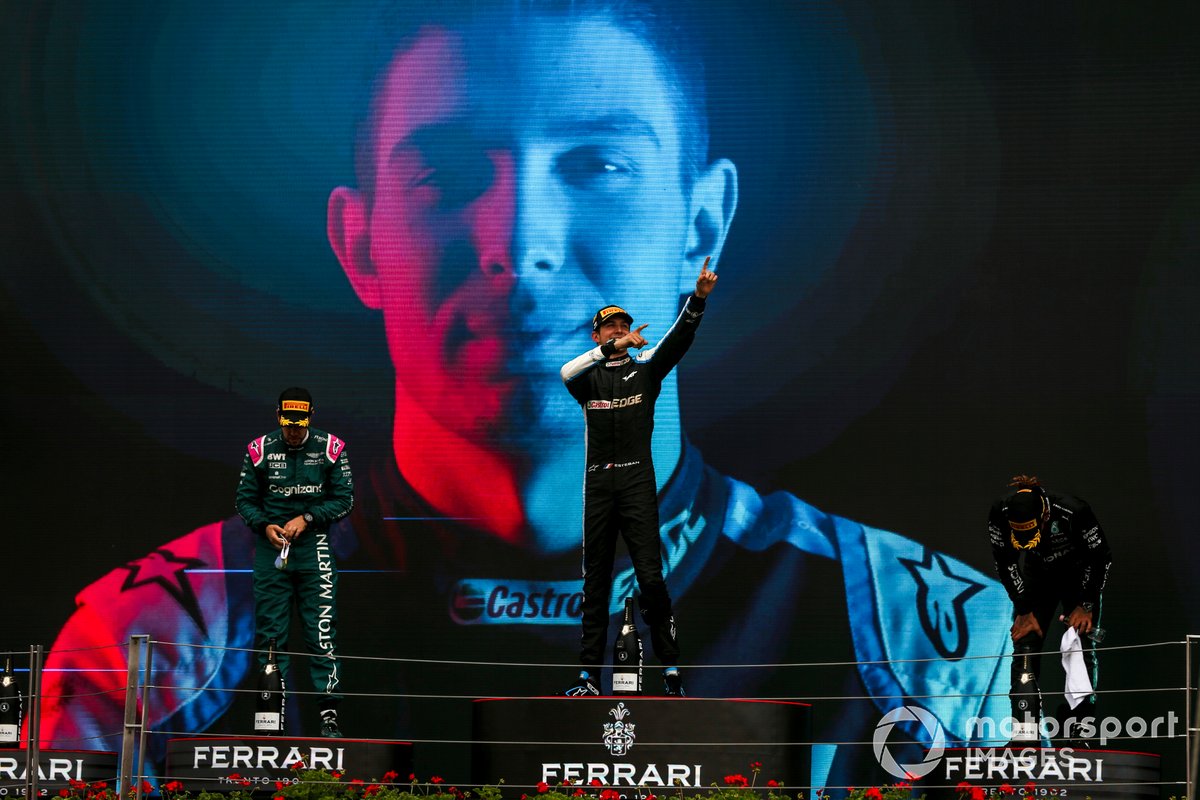 That relentless drive and belief to succeed is something that Hamilton knows well, himself having come from a very humble background that saw his father work numerous jobs just to keep the future seven-time F1 world champion racing.

Hamilton said back in March in an interview with Spanish newspaper AS that we now “live in a time where this sport has become a billionaire boys' club,” admitting his chances of making it to F1 were he to start out today would be nil.

“If I were to start over from a working class family, it would be impossible for me to be here today because the other boys would have a lot more money,” Hamilton said.

"We have to work to change that and make this an accessible sport, for the rich and for people with more humble origins.”

It was a comment that sparked discussion about the drivers on the F1 grid, 15% of whom - three out of 20 drivers - are indeed the sons of billionaires: Lance Stroll, Nicholas Latifi and Nikita Mazepin. All three earned their stripes in junior categories, did what they had to do to make it to F1 and earned their right to be on the grid. But none of them will have ever known the kind of raw hardship that the likes of Ocon and Hamilton did.

Simply making it onto the single-seater ladder or into F1 didn’t remedy things for Ocon, either. Most notably, he was dropped by Racing Point at the end of 2018 to make room for Stroll after his father’s takeover of the team, and entered the Spa race weekend - where he famously almost seized the lead on the opening lap into Les Combes - not knowing if he would be returning at Monza one week later. He would see out the season, but fell through the cracks in the driver market and spent a year on the sidelines before returning with Renault in 2020. 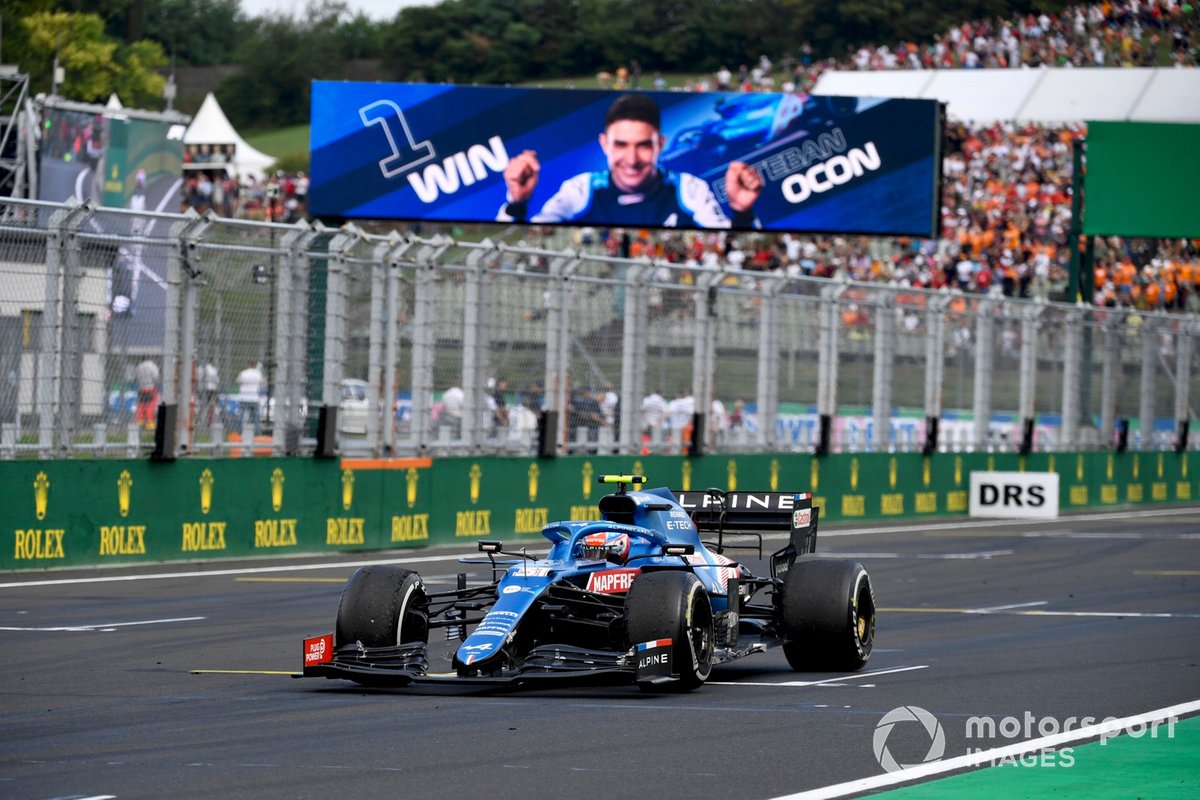 During a recent interview with Autosport’s sister publication, GP Racing, prior to his win in Hungary, Ocon spoke about the impact the hard times had on him.

But while he expressed his relief and thanks they were over - especially with a three-year deal at Alpine in the bag - there was no bitterness or frustration. He accepted everything had simply shaped him to be the person he is today.

“Life is not always easy, and you’ll always learn from tough moments,” Ocon said. “I’m very sure that the experience at Mercedes, my experience at Force India, all of this made me the driver I am today, which is a more complete driver, more experienced.

“But at the same time, yes, it was not fun, for sure. They were very stressful moments. There were moments where I didn’t have sleep for three days. But in the end, it was all worth it, because it’s great to be where I am today.”

And driving it all for Ocon was the conviction that, no matter of his background or the circumstances, if he worked hard enough, he would make it.

“I always believed that doing the job, there would be a place for me, and there would be a seat for me in the future, and that if I had more motivation than everybody else, people would see it,” Ocon said. “And that’s what happened. I’m very pleased to be here now - but I’m also pleased that this is behind me.”

Upon Ocon’s return to Spa this weekend, three years on from the race where his future looked its bleakest, it has now never looked brighter. He is a grand prix winner and has his long-term future secure.

It may not be an answer to improve accessibility and change the “billionaire boys’ club” image that Hamilton spoke of, but Ocon’s win is at least proof that, even in 2021, there is still a way for the underdogs from humble backgrounds to succeed in F1.

Schumacher: Points would be "amazing bonus" in F1 rookie season