The Spanish Grand Prix marked a major step in new Formula 1 owner Liberty Media's efforts for fans, including a new '11th team' at the far end of the pitlane

The new 'F1 Experiences' initiative included F1 passenger rides for media, celebrities and even a few competition winners, using the Minardi two-seaters that Paul Stoddart has carried on running since selling his squad to Red Bull in 2005.

"It's all about bringing Formula 1 up close and personal," Stoddart told Autosport.

"Let them see it, feel it, smell it. And for the really lucky ones, they even get to ride in it."

The new project aims to recreate a full team experience, so there is a working garage using ex-Manor equipment and simulated pitstops are on the agenda for later in 2017.

"This is very much the Manor equipment from last year, so it belongs in this paddock," Stoddart said.

"Everything in that garage is ready and able and capable."

Getting to Spain was a race against time for Stoddart.

Liberty had originally mooted a more formal tie-up when the two-seaters were run as usual at the Australian GP, but the initial plan was for a debut at the United States GP in October.

That plan was accelerated after the criticism F1 received for its lack of track action on the wet Friday in China.

Stoddart had already switched from sea freight to air freight for the cars' return from Melbourne to his UK base in Ledbury just in case Liberty moved things forward, so was ready when the plan changed.

"It's one of those moments you say 'yes' to something and then you think: 'wow, are we really going to be able to do this?'" he said. 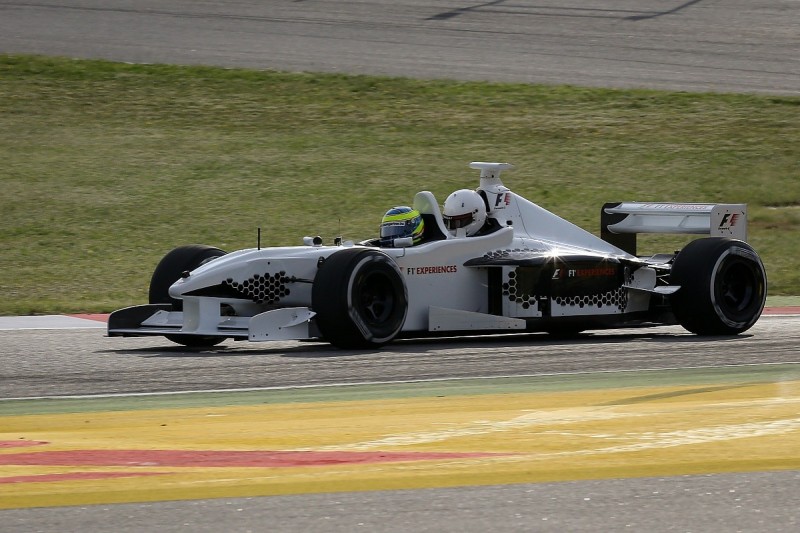 Stoddart got permission from Manor's auctioneers to purchase the assets he wanted early, which happened over the Easter weekend.

A team clothing order mix-up led to a last-minute change of company then dispatch on a delayed plane, with crew trying on their kit in the back of the paddock.

There was motorhome drama too, when electrical problems from a Thursday rainstorm "melted down three sets of tyre warmers".

The cars and motorhome got a coat of paint normally reserved for the poshest of private jets.

"Because they were in orange and blue, from last year, we had to paint them in record time," Stoddart said.

"We have a big aircraft painting facility, and I actually pushed a plane, a Boeing 737 that was due to be painted, out and brought all this stuff in.

"The paint was there for the aircraft, which is way more expensive than you would ever put on a motorhome.

"We had to hire back people that were doing other jobs, get people to work weekends and night times."

Austin is expected to be the next appearance for this combination of two much-loved old underdog F1 teams and a new era for grand racing's fans.