Formula 1 is a complicated series that is founded on complex engineering, tough business negotiation and precise data. Yet F1 often struggles to convey this information to its audience

Especially for new fans, it can be hard to demystify F1 terms and to appreciate exactly what goes into taking part in a grand prix weekend.

In an attempt to rectify that, here's a compilation of the most frequently asked F1 questions along with their answers 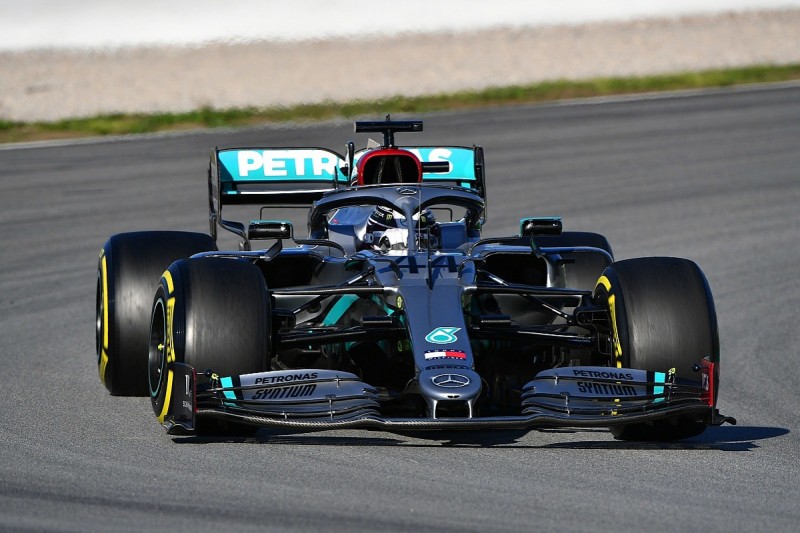 How much does an F1 car cost?

Quite simply, F1 cars cost as much as a team is willing to spend on it. In 2018 Ferrari and Mercedes both spent over $400million, excluding their engine operations in producing and running its cars in order to be competitive. By comparison Haas and Williams spent closer to $150m on its challengers in the same year, showing that while an F1 car can be built on a much lower budget, the performance of a car is generally equal to the amount of money thrown at it.

A cost cap coming in from 2021 will rule that teams can only spend up to $175m on matters directly relating to performance. This means that from the introduction of these regulations onwards it will be possible to say with certainty that much of the sharp end of the grid will have spent $175m on its cars. 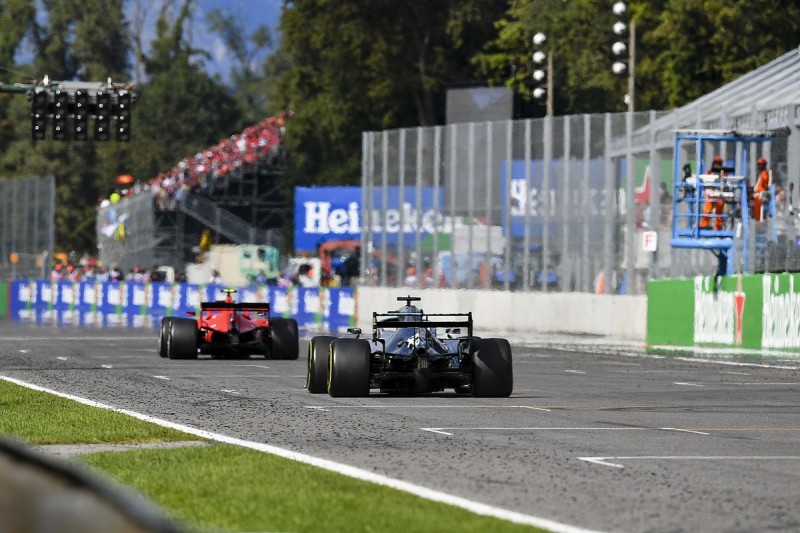 The Drag Reduction System (or DRS) was introduced in 2011 to attempt to negate the disadvantage of running closely behind another car and to allow more overtaking. Currently, the aerodynamics of F1 cars are designed in a way which severely disrupts the airflow behind them, meaning that a competitor coming up to overtake has to drive in this 'dirty air', which impacts their performance.

By allowing cars that are within one second of the car in front to lift a section of the rear wing to create an opening on certain designated straights, it makes it possible for the car following to overtake due to the reduction in drag (hence the name) offering greater straightline speed.

DRS has been highly criticised in recent years as a 'push-to-pass' button that has made overtaking too easy, but without it cars would struggle to get past their rivals in this aerodynamic-dominated era. 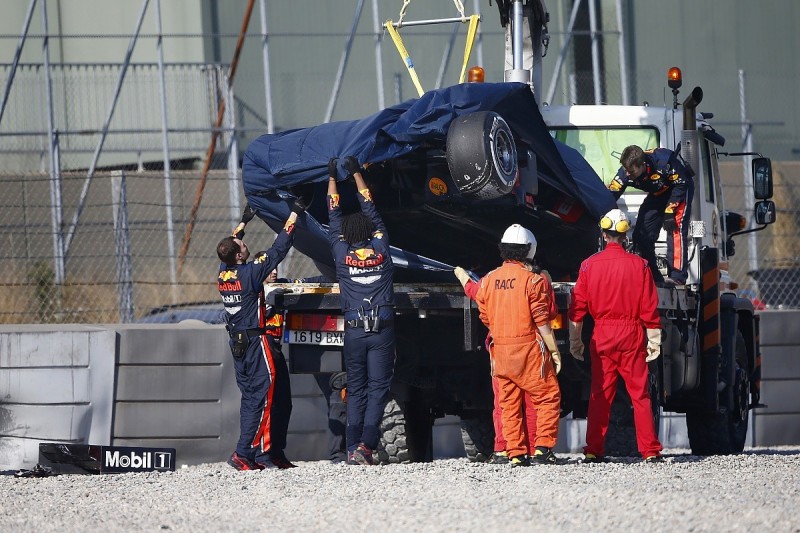 From 2019 the overall weight of an F1 car and driver must be at least 740kg, with at least 80kg of that coming from the driver and seat. This weight requirement lessens the pressure for drivers to be as light as possible, especially for taller drivers, with those that weigh less needing to add more ballast to their seats.

In the past, this ballast could be placed on other parts of the car, improving its balance and creating an advantage for lighter drivers, but with this stipulation the weight distribution is equalised for all causing no disadvantage. 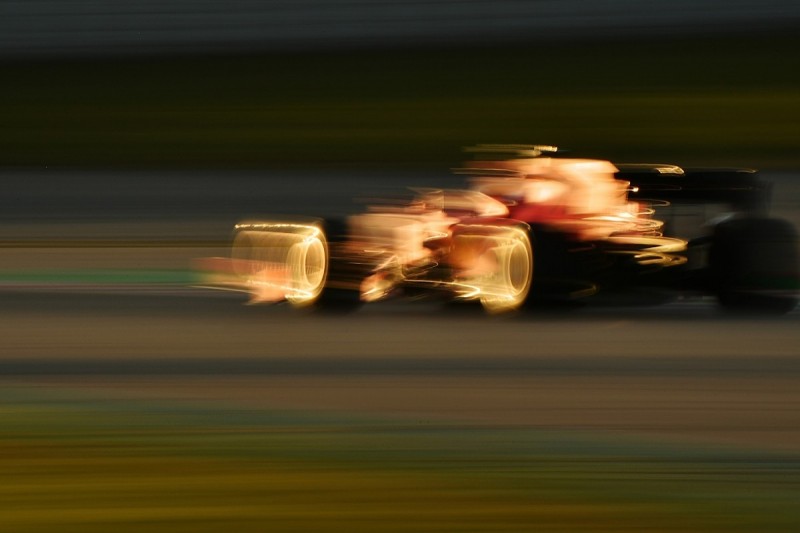 How fast are F1 cars?

The top speed of an F1 car depends very much on the characteristics of the track being raced on at the time. The fastest time recorded in a speed trap in 2019 was by Sebastian Vettel and Sergio Perez, who both managed to hit 359.7km/h at Monza and Mexico City respectively. 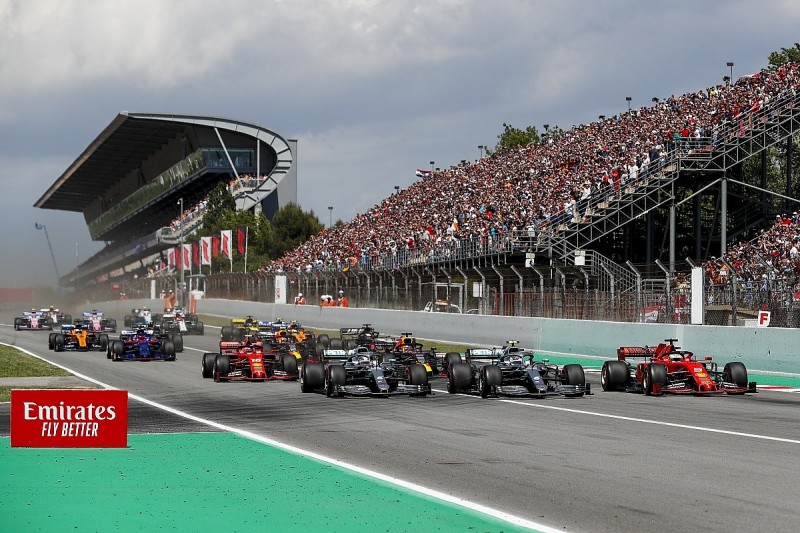 How long does an F1 race last?

F1 races finish when a 305km distance raced is reached. The number of laps is worked out by dividing 305km by the length of the lap and the resulting race distance generally takes approximately an hour and a half to complete.

In the case of delays due to rain, red flags or safety cars, the race will end after two hours of racing regardless of the distance completed. The longest race of the year is the Singapore Grand Prix, which regularly runs to the two-hour time limit.

How does F1 qualifying work?

F1 qualifying is split into three sections known as Q1, Q2 and Q3. All the drivers compete in the 18-minute long Q1 session, attempting to set the fastest lap possible.

The five who set the slowest times drop out after this point, with the remaining 15 battling to set one of the top 10 fastest times to get into Q3.

In the final qualifying session the drivers are competing to set the fastest time in order to start on pole position for Sunday's race. The drivers who reach Q3 have to start the race on the tyres they used to set their fastest lap time in Q2. 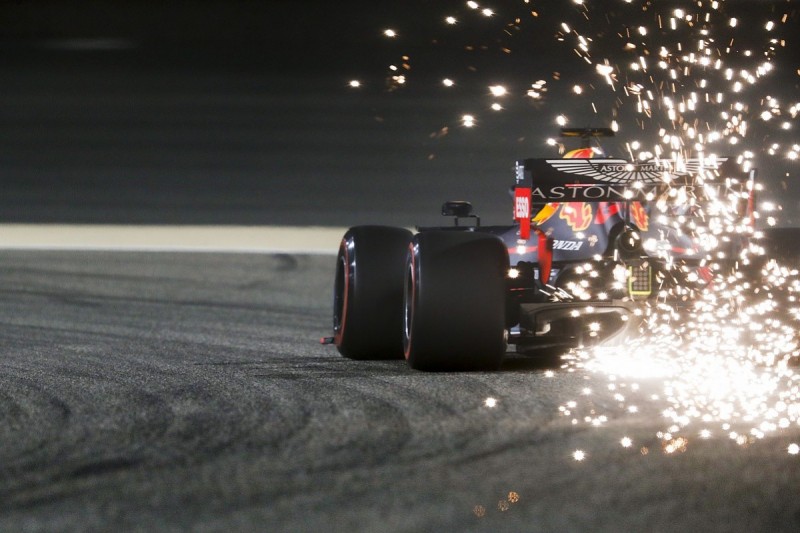 How much horsepower does an F1 car have?

F1 teams tend not to be particularly forthcoming regarding the amount of power its getting out of its engines, but it is thought that the top teams managed to hit 1000 bph in 2019. The output from the current V6 hybrid engines vary from team to team so not everyone will have that much power to play with.

How much do F1 drivers earn?

This is another question that F1 drivers are reticent to answer. However it is thought that the highest profile drivers such as Lewis Hamilton and Sebastian Vettel are probably earning above the $40m mark while the midfield are more likely to be receiving around $1 or $2m depending on the individual contract negotiations.

Most seasons there are one or two pay drivers within the field, whose sponsors are essentially paying the team to give a certain person a drive. Of course this is a vast oversimplification - most drivers come with some kind of sponsorship or backing behind them, and personal sponsors and other activities mean that drivers come away with far more cash than just what is contained in their paycheck from the team.