That he leads the drivers' championship from Sebastian Vettel by 24 points and Mercedes heads Ferrari by 10 points in the constructors' championship supports this argument - but is it really the case?

"We all know that Ferrari really do have the upper hand pace wise," said Hamilton.

"To win a championship is not just about speed, it's about how you manage things, the strategy calls you make, mistakes.

"As a whole, we have hopefully done a slightly better job up until now.

"We've got to try and catch them - but we've got to continue to keep rising with all the other elements, which allow us to beat the Ferraris when they don't bring their A-game." 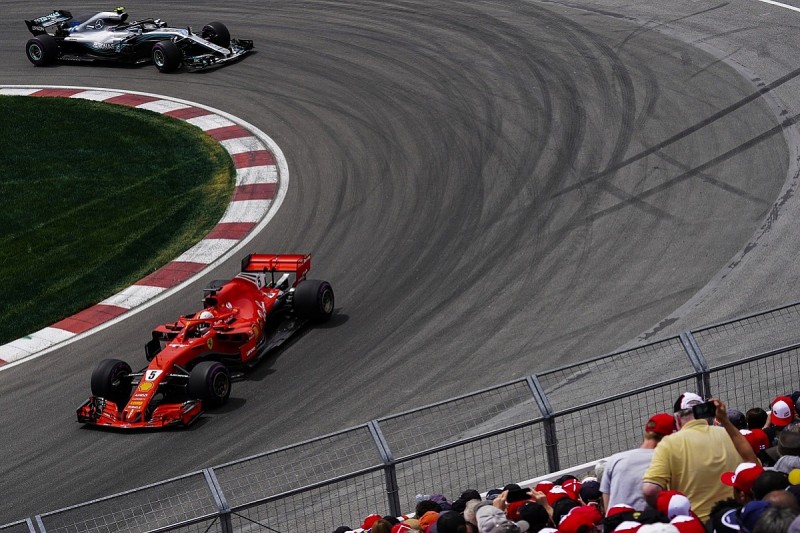 Although Mercedes has a slightly faster average when you look at the fastest laps set by each team over each race weekends, the Ferrari has been quicker more often.

Ferrari has had the advantage on seven out of 12 grand prix weekends this year (in Monaco, Red Bull outpaced both but Ferrari was quicker than Mercedes).

Mercedes has converted two of those (Spain and France) into finishing ahead in the race, with Ferrari doing so three times (Bahrain, Monaco, Canada).

Of the remaining seven, Mercedes has turned the table on Ferrari four times (China, Azerbaijan, Germany and Hungary), with the reverse happening three times (Australia, Austria and Britain). 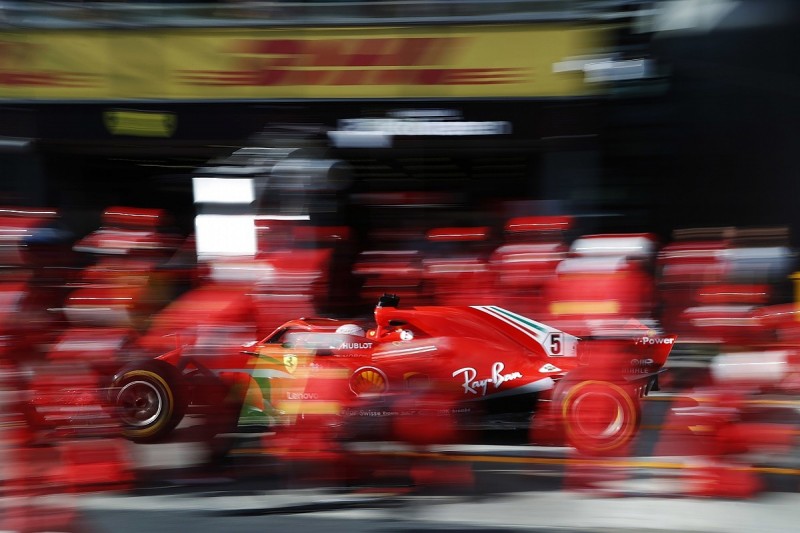 Disregarding the five races in which the faster car prevailed, there are four in which strategy played a significant role.

Hamilton and Mercedes had the season-opening Australian GP won, but Ferrari had the wherewithal to leave Vettel out front in the hope of a safety car.

When the virtual safety car was deployed, Mercedes believed Hamilton was close enough to take the lead even if Vettel took the 'cheap' pitstop but, owing to a calculation error, Ferrari did just that and stole the race.

In China, Mercedes struck back by executing a superb undercut on Vettel to put Valtteri Bottas into the lead.

While later Mercedes erred by not pitting Hamilton under the safety car to cover the Red Bull threat, neither team could have pitted its lead driver.

In Austria, Mercedes scored a spectacular strategic own goal with Hamilton by leaving him out under the virtual safety car, deployed because of Bottas retiring.

In Germany, Hamilton stayed out under the safety car and won the race because of this, but as the pitwall had called him in this must be considered more luck than judgement. 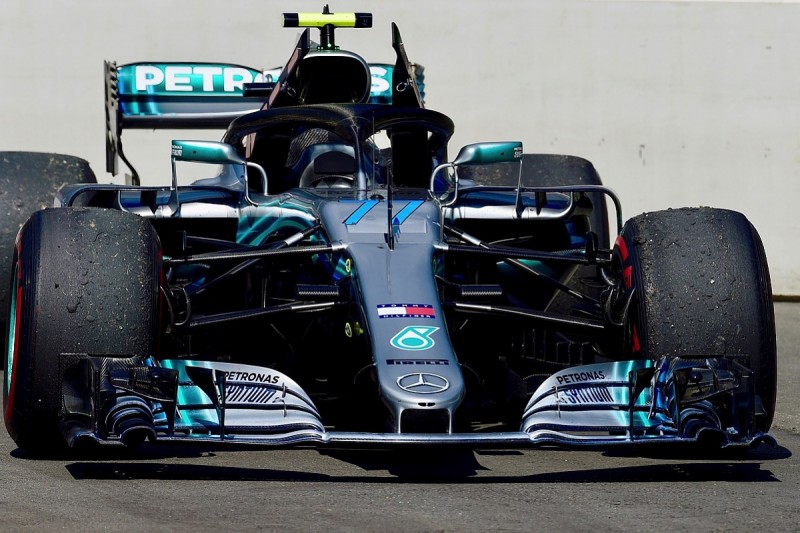 Mercedes has registered two retirements because of reliability problems for failures for both Bottas and Hamilton in Austria.

On top of that, Hamilton's qualifying in Germany was compromised by a hydraulic leak.

Ferrari's only retirement caused by a car problem was Kimi Raikkonen in the Spanish GP, thanks to a turbo problem. 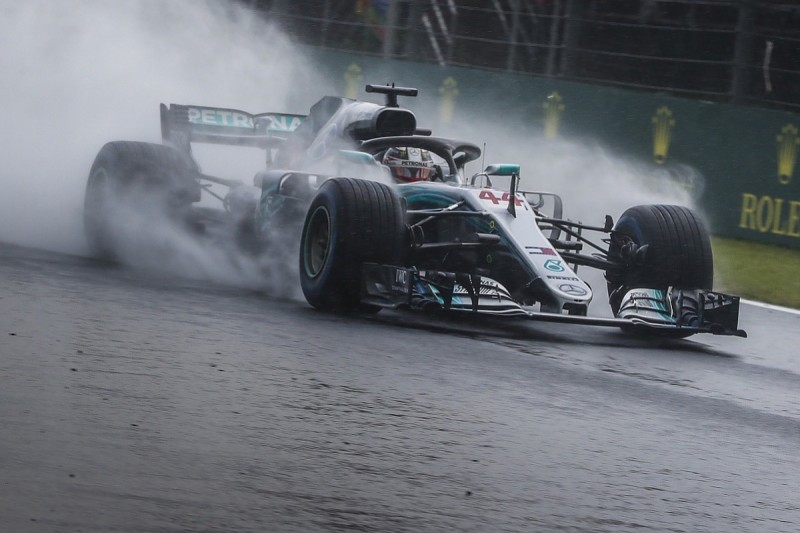 While Vettel has driven superbly this season much of the time, he has made three key errors that have cost points.

In Azerbaijan, he locked up trying to take the lead from Bottas into Turn 1 and finished fourth rather than going on to win.

He also hit Bottas at the start of the French GP, dropping to the back and earning a penalty, as well as crashing out of the lead in Germany in damp conditions.

Hamilton has had more moments when he perhaps hasn't got the most out of the car, but he hasn't made any errors that had a significant points impact.

But he has made a substantial difference in wet conditions, as his pace combined with Vettel's error in the rain in Germany gave him a valuable win.

A week later, Hamilton's pace in wet qualifying allowed him to control the Hungarian GP from the front. 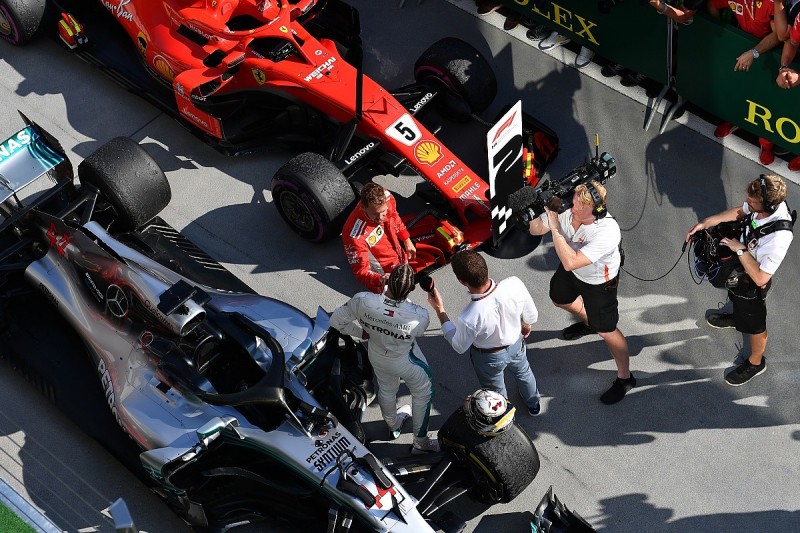 Ferrari has done a good job this season, but will rightly feel disappointed to be behind in both championships in the August break.

What has made the difference is the drivers, specifically Hamilton's virtuosity in the wet in Germany and Hungary.

Without the rain, the championship situation would be reversed and Ferrari would have the advantage over Mercedes going into the break.

"I could only have dreamed that we would be in the position that we are in right now, considering all factors and based on our pure performance, where we stand compared to the Ferraris," said Hamilton.

And he's right. On balance, Mercedes has done marginally the better job of getting the most from its tricky car this season, but as much as anything that's down to Hamilton's performances in the last two races.

Ranged against that is the fact Vettel has been better, on balance, at working through the grand prix weekend to maximise the car, something Hamilton didn't always do earlier in the season, and Ferrari has produced an easier to work with car overall.

Based on the season so far, the drivers could make all the difference in a closely-matched battle between the two teams.