Verstappen endured a run of poor reliability that cost him several potential podium finishes and allowed Red Bull F1 team-mate Daniel Ricciardo to finish well clear of him in the championship.

After an engine failure in August's Belgian Grand Prix, Verstappen admitted he was starting to lose faith in Red Bull and Renault ever being able to get on top of their problems.

But Red Bull's form improved dramatically in the second half of the season, allowing Verstappen to win two races and convincing him to sign a contract extension with the team.

Horner said Verstappen refused to let negative emotions get the better of him and continued to work as hard as ever during the difficult moments, which impressed the team.

"I think Max has had the benefit of experience and he has just grown in experience of racing in general," said Horner. "It is easy to forget it is only his fourth year of car racing.

"What has really impressed me this year is the way that he has dealt with some of the difficult moments.

"There have been quite a few of those, particularly in the summer months, but he has kept working hard at it, he has kept the hours up on the simulator every week and his application is first class, and obviously his ability is unquestionable."

Horner says Verstappen has found a good balance between matching his brilliant car control with the right level of aggression in 2017, despite several collisions, including taking Ricciardo out of July's Hungarian GP and tangling with Felipe Massa's Williams at Monza in September.

"The moves in Hungary or Monza were the only two mistakes he has made this year," Horner said. "There is a fine line between hero and villain.

"I think he has a great feel for the car, a great sensitivity to the limit of the car. He is a risk taker, but not irresponsible risk - calculated risk, and he has a fighting spirit within him which is exciting to watch.

"Overall he has driven well. I think both drivers have done a first class job this year." 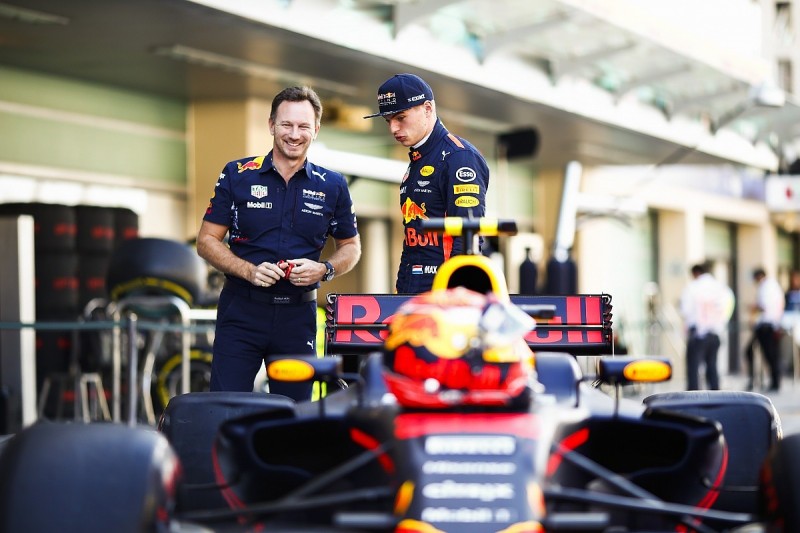