Damon Hill says that it "broke my heart" to turn down racing for Jackie Stewart's Formula 1 team for the 1997 season, but felt the move was too risky

Towards the end of his championship-winning 1996 campaign, Hill was informed by Williams that he would not be retained for the following season, with the team opting to sign Heinz-Harald Frentzen as Jacques Villeneuve's new team-mate.

The decision came as a surprise to Hill, and left the British driver with limited options for 1997. He eventually signed for Arrows, who had scored just a single point in 1996 under its final year as Footwork.

But Hill was subject to interest from three-time world champion Stewart, who along with his son, Paul, had set up a new squad called Stewart Grand Prix that would serve as Ford's factory F1 team from 1997.

Stewart noted in his autobiography that Hill was at the top of his shortlist, detailing that he wanted a driver who was "desirable, available and affordable", only for a deal with Hill to never come off.

Speaking at The Mindset of Champions event hosted by Ignition Human Performance in partnership with Motorsport Tickets to support the Race Against Dementia and Halow Project charities, Hill explained how he agonised over the decision to turn Stewart down.

"He made me a very good offer," Hill reflected, having known Stewart - a fond friend of his father - since he was a child.

"I've got to say, it broke my heart to turn Jackie down, because I knew it would have been like a dream thing.

"I just thought career-wise, it would have been a big risk. They'd never run a Formula 1 team before. I think Jackie would let me off that one.

"To jump out of a winning team into a team that has never raced before was a little bit too much of a leap of faith for me - not that I ever doubted that Jackie and Paul would pull it off." 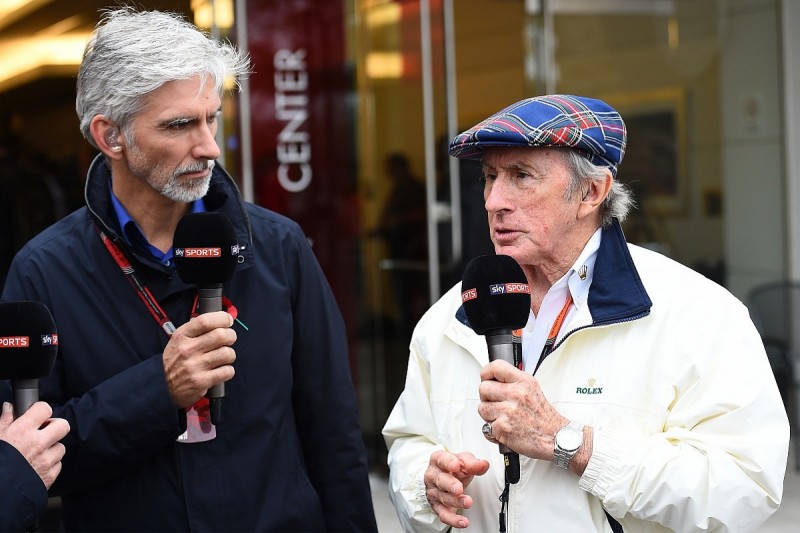 Stewart explained how he and Paul had travelled to Ireland to especially meet Hill and try to sign him for 1997.

"The son of a bitch said no!" Stewart joked.

"We wanted him desperately. We went over to Ireland, he was staying in Ireland at the time, and we flew to see 'the' Damon Hill.

"Of course he wasn't there at the time, should have been, but when they finally arrived, he wouldn't drive the bloody car. So he went for somebody else.

Stewart would go on to record a second-place finish in Monaco with Rubens Barrichello at only its fifth race, but finished the year three points behind Arrows in the constructors' championship.

Although Hill endured a difficult year with Arrows before leaving for Jordan, he recalled a memory from the Canadian Grand Prix when a fan he met in a lift helped change his attitude.

"I was driving for Arrows, she said 'are you a driver?', and I said yes, and she said, 'oh, are you going to win the race?'" Hill recalled.

"We're in the lift going down in the hotel, and she's a fan and doesn't know anything about motor racing, and she doesn't know who I am.

"She was going, 'are you going to win the race?' And I was thinking, you obviously don't know much, I'm in an Arrows, what a ridiculous question.

"She said, 'yeah, but you're in the race, right? Well you've got a chance, haven't you?' I thought, I like that attitude. That's great. But realistically, I haven't got a chance.

"Anyway, a few races later, I was leading the Hungarian Grand Prix in an Arrows! So she was right and I was wrong."