Former Formula 1 world champion Damon Hill says Lewis Hamilton and Max Verstappen have an "obligation to be sporting" and it would be "sad for F1" if the season ended in more controversy.

With Red Bull finally capable of mounting a sustained title challenge to the all-conquering Mercedes team, the 2021 season has arguably been the most intriguing campaign in years.

Hamilton and Verstappen are just eight points apart heading into the final two grands prix of the year in Saudi Arabia and Abu Dhabi.

But after collisions between the pair in Silverstone and Monza, followed by another controversial clash in Brazil for which Verstappen was not penalised, 1996 world champion Hill hopes the pair will play it fair.

The Briton lost the 1994 world championship to Michael Schumacher after contact between the pair in the 1994 title-deciding Australian Grand Prix, both retiring after Benetton driver Schumacher chopped Hill's Williams.

"I just feel like we've got an obligation to be sporting, I think.

"It would be great if there was a way of getting it resolved, not amicably, but certainly to a satisfaction of... I want to come away with a feeling that this has been a great championship, closely fought by two worthy opponents and the best man in the best team won.

"You don't want that kind of thing hanging over the championship at the end." 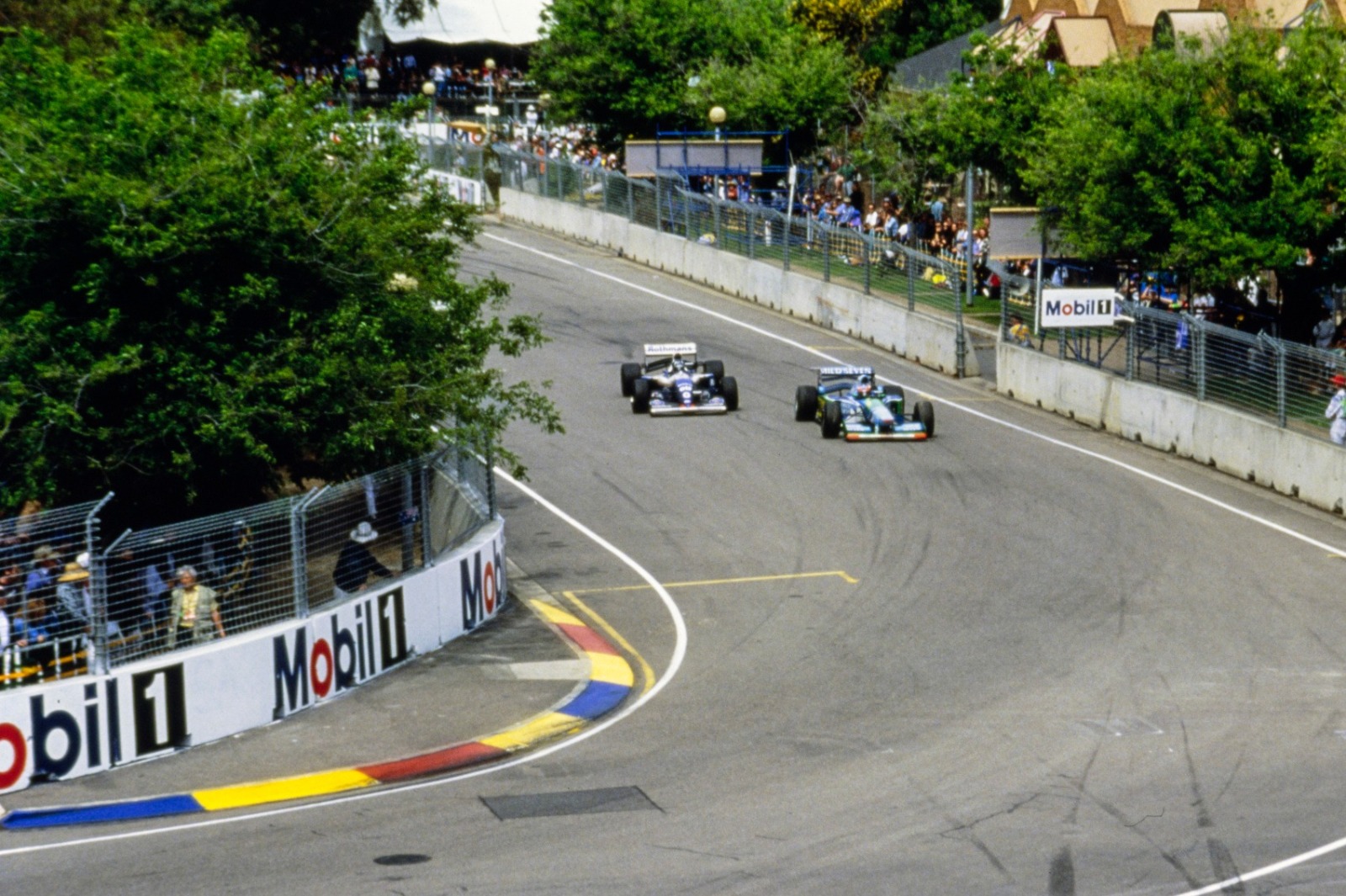 Schumacher won the 1994 title after cutting across Hill in Adelaide, putting both out

Hill feels a similar Adelaide 1994-like manoeuvre might be hard to resist to whoever is in the championship lead in Abu Dhabi and thinks the FIA might need to set clear boundaries ahead of the title finale.

"Let's say Max is in the lead and it comes to a wheel-to-wheel thing, I would say that for a driver to resist the temptation to be an aggressive defender is extremely high and it's very difficult to resist that," he explained.

"I think the point is how can the sport take steps to prevent an unhappy ending to this, you know? We've had enough of these championships decided controversially.

"And I think that for all the good work that the sport does it's slightly undone when we have an unsatisfactory resolution.

"Maybe some sort of clear indication before we go into this that they may decide to impose a points penalty if we have a clash that is deemed to be unfair. And that may be the only way of preventing something like that happening."

Watch the Saudi Arabian GP live, only on Sky Sports F1 in the UK on Sunday 5th December