The Finn lost his Caterham seat this year after three seasons when the team required drivers with funding.

He has continued to work with Caterham and made his latest Friday practice appearance for the squad at last weekend's Belgian Grand Prix.

Kovalainen is eager to get back into a race seat, but said his 2013 situation had not altered his determination not to seek personal sponsorship and become a 'pay driver'.

"I think it's important to get back racing, that's clearly my goal, but I really don't know whether the chances are good or not," he said.

"The fact is that I will not bring money, everyone knows that, and if that's going to be an obstacle again then it's out of my hands.

"I had a good opportunity with McLaren, I didn't make the most of it, but I'm not willing to give up quite yet. I'm working on turning that round, to prove myself again here to everyone.

"I haven't worried about other drivers bringing in money and taking the places. I'll try to find other ways, and I'll try to convince people based on another way, purely on performance and the things that I do and how I do things. Whether that will work or not I don't know. 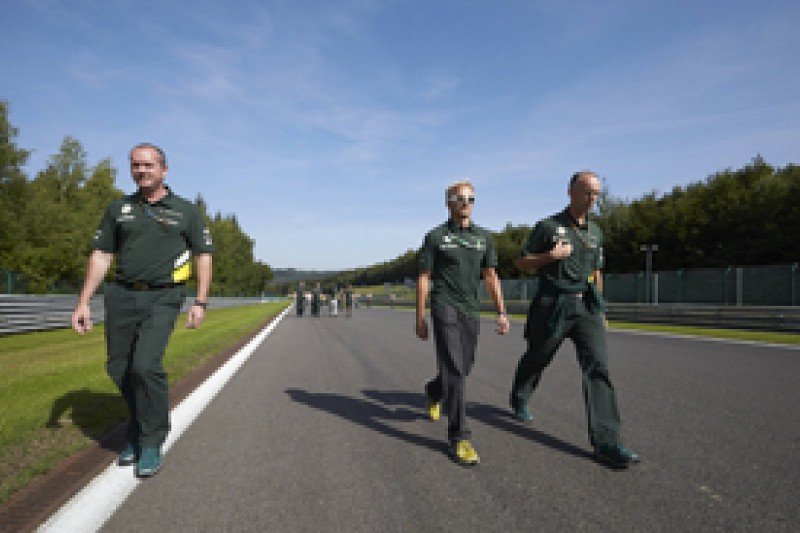 The Finn said he had enjoyed his development role with Caterham this season and felt he had mended his relationship with the team after some issues in late-2012.

"Perhaps it was degrading a little bit towards the end of last season, for various reasons, but I think I've managed to get that relationship back with the team and that's only going to be a positive thing for the future," said Kovalainen.