Lewis Hamilton says he and Valtteri Bottas will “work as a team” to hold off the Red Bull Formula 1 drivers heading into the 2021 Mexican Grand Prix’s first corner.

Bottas claimed pole for Sunday’s race at the Autodromo Hermanos Rodriguez, with Hamilton joining him on the front row as Red Bull’s expected dominance with Max Verstappen and Sergio Perez fell apart in Q3.

The Mexico City track has the longest run from the grid to the first braking zone of any circuit on the F1 calendar.

It is comparable to the start at Sochi – where Turn 2 is the first braking point – and at the Russian track it is often preferable to start behind the front row because of the significant slipstream effect created by the drivers leading off the line.

This situation is smaller in Mexico because of the city’s high altitude, but Hamilton says he and Bottas will still be wary of the threat posed by the Red Bull cars lining up just behind them and looking for an opportunity to attack at a sequence of opening corners were there has regularly been incidents since the race rejoined the F1 calendar in 2015.

“It’s a little bit different,” Hamilton said of comparisons with the start tactics needed at Sochi for those required in Mexico.

“It’s obviously probably almost as long, if not, yeah, I don’t know exactly.

“It feels exactly the same sort of length but obviously in Russia there’s a lot more drag and a lot more tow effect.

“Here there’s less but still there is a tow effect and so you know, Valtteri and I will no doubt work as a team to try and hold 1-2 for the team.” 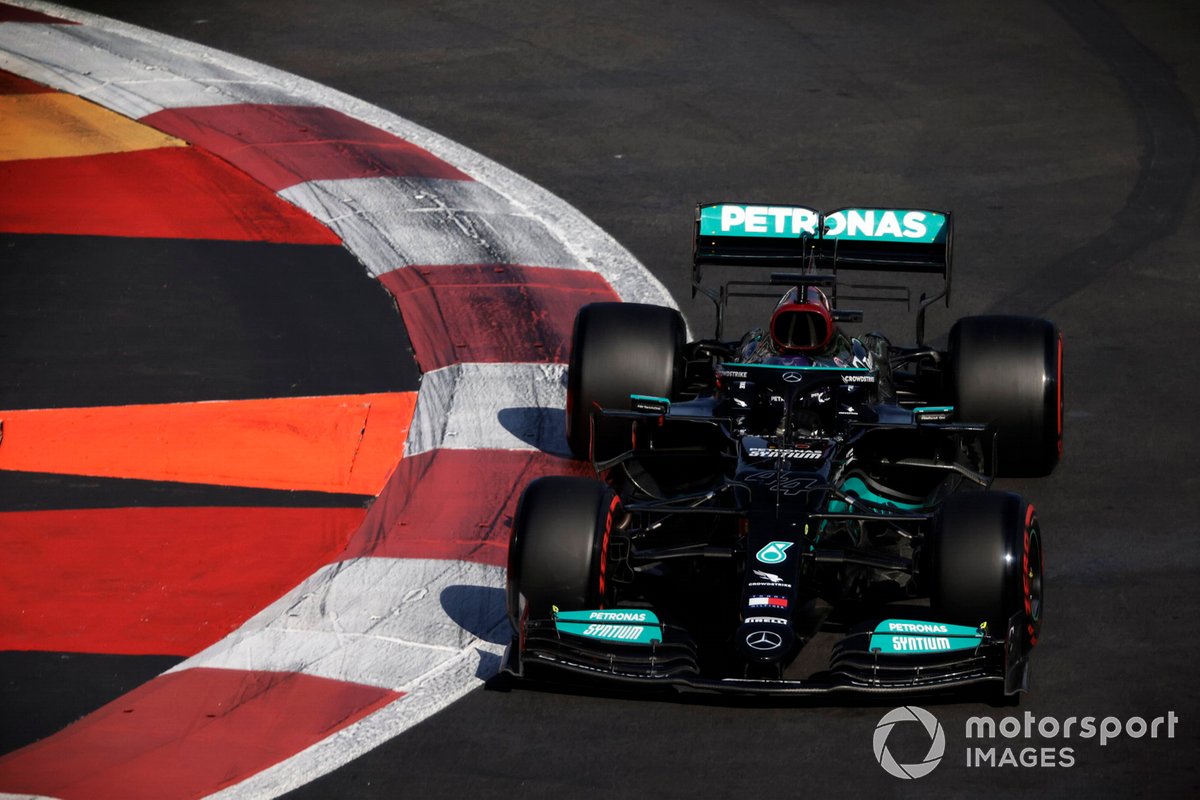 In qualifying on Saturday, Hamilton ended up finishing behind his team-mate for the fifth time in 2021 (not including sprint race results).

He said he had not run with a radical set-up in a bid to close the considerable post-FP3 gap to Red Bull – stating “we very rarely do that” – but did say he was not feeling comfortable with the results of the “small tweaks” in set-up that had been made for his car in qualifying.

“To be honest I really struggled,” said the world champion. “I didn’t really like the set-up of the car [in qualifying]. It was good in FP3, but I struggled with it in qualifying.”

Bottas said after taking his 19th F1 pole that “with the higher temperatures [in the] afternoon than in the morning it came our way” and Mercedes motorsport boss Toto Wolff revealed that while this was occurring, the eventual pole-winner was not moved by his team’s attempts to make further set-up changes to his W12.

“Throughout the session in the garage, they tried to convince him a little bit about some set of changes,” Wolff told Sky Sports F1.