The world champion stormed from 10th on the grid to grab victory at Interlagos, but now faces a stewards’ investigation.

He was summoned to see the stewards at 5pm local time for a breach of safety rules regarding his seat belt.

It is understood that the issue relates to the slow down lap after his victory, when Hamilton may have undone them prior to returning to the pits following his celebrations.

The news emerged during a briefing with Mercedes boss Toto Wolff, who is already upset this weekend about Hamilton’s disqualification for a damaged DRS, and the way Max Verstappen was not punished for his tough defence during the race.

Reacting to the news, which arrived on his phone, Wolff said: “I’ve just read something… we’re going to the stewards. Lewis has undone his belts on the last lap. That is a really good one.”

Hamilton has been summoned over Appendix L Chapter III Article 4 of the FIA International Sporting Code that governs all motor sport competition. 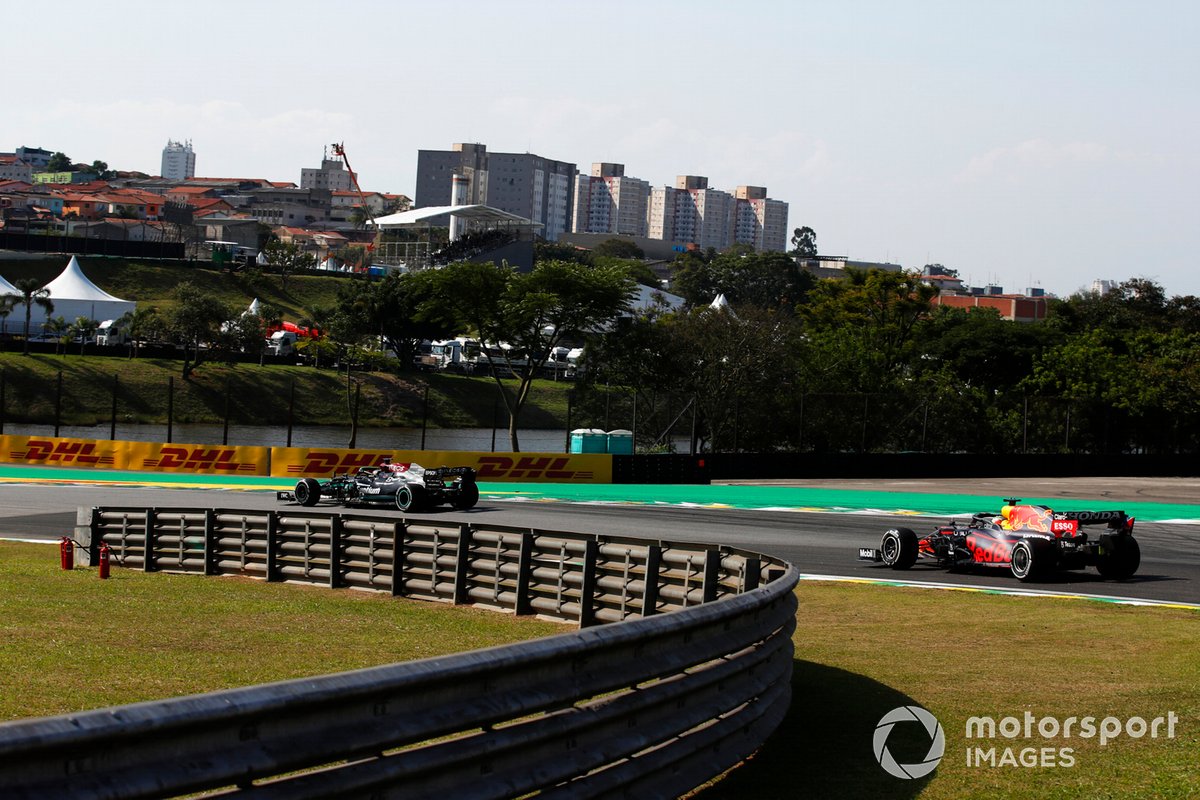 It states: “Drivers must be properly restrained in their seat by safety belts in conformity with the technical regulations for the vehicle concerned, at all times during a competition when it is mobile on a circuit, pit lane, special stage or competition course.”

The FIA takes safety matters incredibly seriously, and Hamilton has been in the spotlight before for undoing his seat belts on the slow down laps.

Back at the 2017 Japanese Grand Prix, then GPDA director Romain Grosjean queried with then F1 race director Charlie Whiting over whether Hamilton was allowed to keep undoing his belts on the slow down laps as had happened on a number of occasions.

Whiting confirmed that it was not allowed – although loosening them was.

Whiting said: “At the speeds Lewis was driving at, I think that’s a perfectly reasonable thing to do. Loosen them, not undo them.”

At the 2020 Spanish Grand Prix, it emerged that Ferrari’s Charles Leclerc had driven for two laps with his seatbelts undone following a problem. The FIA took no action on that occasion.