The Mercedes driver claimed his fourth victory in five grands prix after Vettel retired early in Japan, extending his advantage in the title fight to 59 points.

Hamilton could now seal the crown in the United States Grand Prix in two weeks if he extends his lead by 16 points, which he would do if he wins and Vettel isn't in the top five.

"It is kind of unbelievable to think that we are where we are," said Hamilton.

"I was excited to have a good race with Seb here, as I was last race, but obviously he has been incredibly unfortunate.

"In the world today, in F1, it is a lot about reliability - the whole performance and not just speed on track.

"The team has shown for many years now we have a solid platform.

"We are leaders in that area, so thanks to everyone at the factory in providing me a car where I can use my ability.

"There is still a long way to go, 100 points [still available], anything can happen in life and hopefully I can continue like this."

Hamilton, who trailed Vettel by 14 points heading into the summer break after the Hungarian Grand Prix, said he could only dream of being in this position.

He has outscored by 56 points over the past three races thanks to Vettel retiring in Singapore and Japan and finishing only fourth in Malaysia.

"I can only have dreamed having this kind of gap," said Hamilton.

"Ferrari have put on such a great challenge all year long.

"My team has done a phenomenal job, the reliability is so on point.

"They are so meticulous and that is why we have the results and reliability we have." 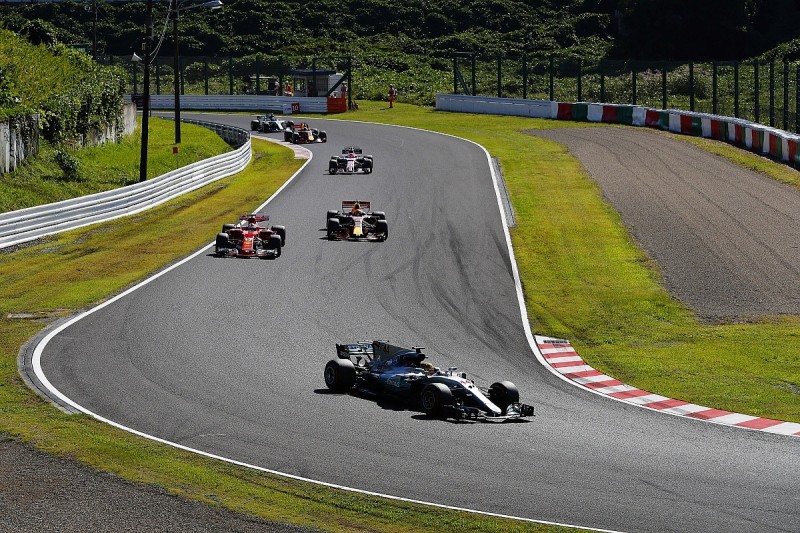 Hamilton said he initially felt vulnerable at the start because of "a bit of wheelspin" but had the race "pretty much under control" once Vettel slotted into second.

Max Verstappen passed Vettel on the opening lap and later chased Hamilton to the flag in a tense finish after Hamilton lost time lapping the battling Felipe Massa and Fernando Alonso.

"I was trying to manage the pace and manage the tyres," said Hamilton.

"It was the hottest the track had been all weekend and knowing Ferrari and Red Bulls were quick in the race it was so important in those [early] moments I looked after the tyres.

"It got a bit close to the end. The [late-race] virtual safety car lost a lot of temperature in the tyres and waking them up wasn't easy. Then I got stuck behind Massa and Alonso.

"[I'd] never seen his car so big in the mirrors, it was very close with a couple of laps to go."