The British Racing Drivers’ Club announced on Saturday evening that Walker had died at the age of 97.

The news sent the motorsport world into mourning as tributes poured in for Walker, who served as the lead F1 commentator in the UK between 1976 and 2001.

Seven-time world champion Hamilton recalled how he heard Walker commentate when watching F1 as a child in a post on Instagram shortly after the news emerged.

“So sad to hear of Murray’s passing,” Hamilton wrote.

“I remember growing up hearing your voice over the races. You made the sport so much more exciting and captivating.

“The iconic voice of our sport and a great man, thank you for all you did, you will never be forgotten. Rest in peace.”

Asked for his memories of Walker during the FIA press conference on Sunday in Bahrain, Hamilton explained the role he played in his enjoyment of watching F1 and his contribution to the series. 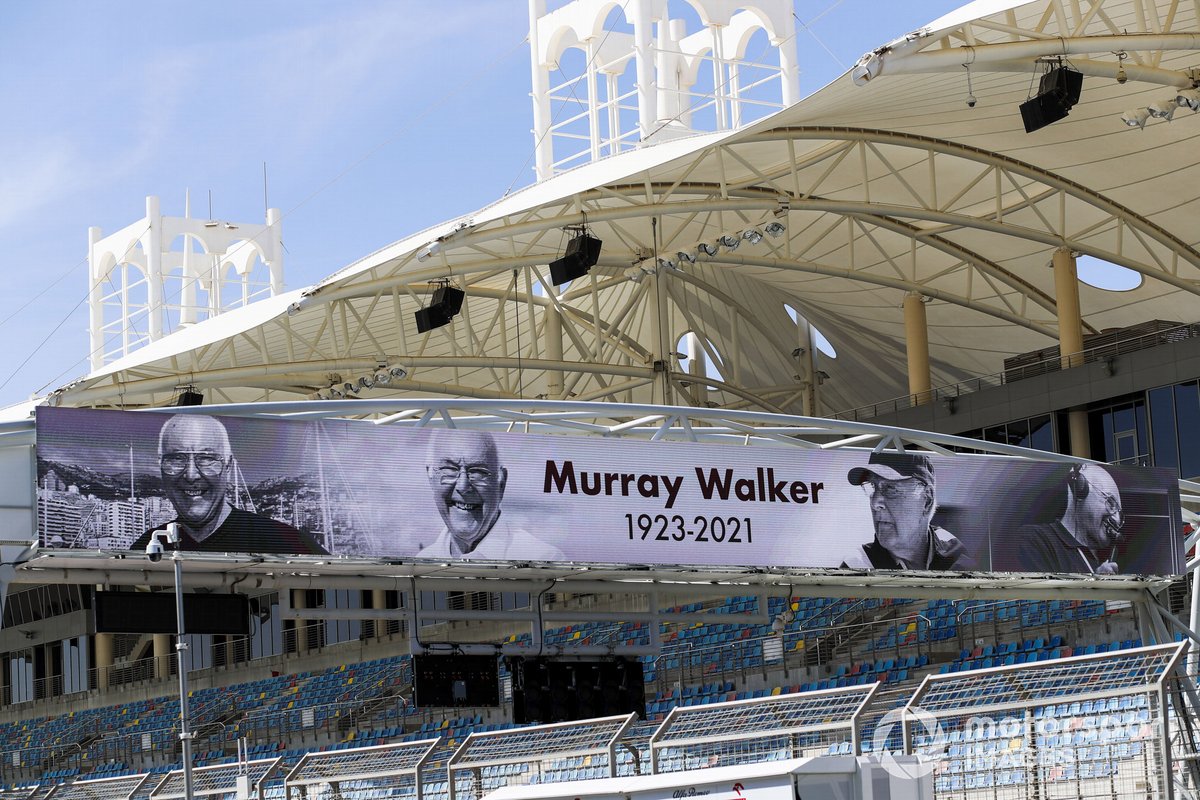 “I just remember hearing this iconic voice, growing up watching all the grands prix,” Hamilton said.

“He really made the sport exciting. There's been no-one like him that I've seen on TV, that even without watching the TV, if you're out in the room and you hear him you're excited, it makes you want to run back in and see what's happening.

“He is very much loved around the world, I think, and particularly in the UK. I think his contribution to the sport was huge.

“Obviously me growing up watching him through that early phase of my life, and hearing him, no-one can come close.

“So it's naturally sad to hear his passing, but I think he's had a long, great life. I hope and pray that I have the opportunity to live a long life like he has.”

F1 paid tribute to Walker by placing a banner commemorating his life over the main straight of the Bahrain International Circuit for the final day of pre-season testing on Sunday.