At 37, Hamilton is the second-oldest driver on the F1 grid behind Fernando Alonso, having made his debut back in 2007. Hamilton's existing contract with Mercedes expires at the end of the 2023 season, but he has shown little sign of considering next year to be his last in F1.

Mercedes team principal Wolff said in an interview with Channel 4 ahead of last weekend's race in Singapore that he had no doubt Hamilton would extend his contract, revealing the Briton recently suggested he had "another five years in me."

Hamilton spoke about his future on Thursday at Suzuka, saying that although he "can't say just yet" that he could continue for another five years, he was "feeling good" and enjoying his racing.

"I love what I'm doing," Hamilton said. "We have a lot of work to do and a lot to achieve still. I'm not planning on going away any time soon."

Hamilton has been clear in his intention to see out not only the remainder of his time racing in F1 with Mercedes, but to enjoy links to the manufacturer beyond his career as he works to improve diversity and inclusion through the company and in motorsport as an industry.

Hamilton said it was "not set in stone" how long he would keep racing for, but that talks about the future were "more figuring out what we're going to do."

"I think there's a lot Mercedes can do, not just as a car manufacturer," said Hamilton.

"It provides so many jobs for so many people, it has such a powerful platform to shift narratives, it's in a place to have a really positive impact on the environment looking forwards. 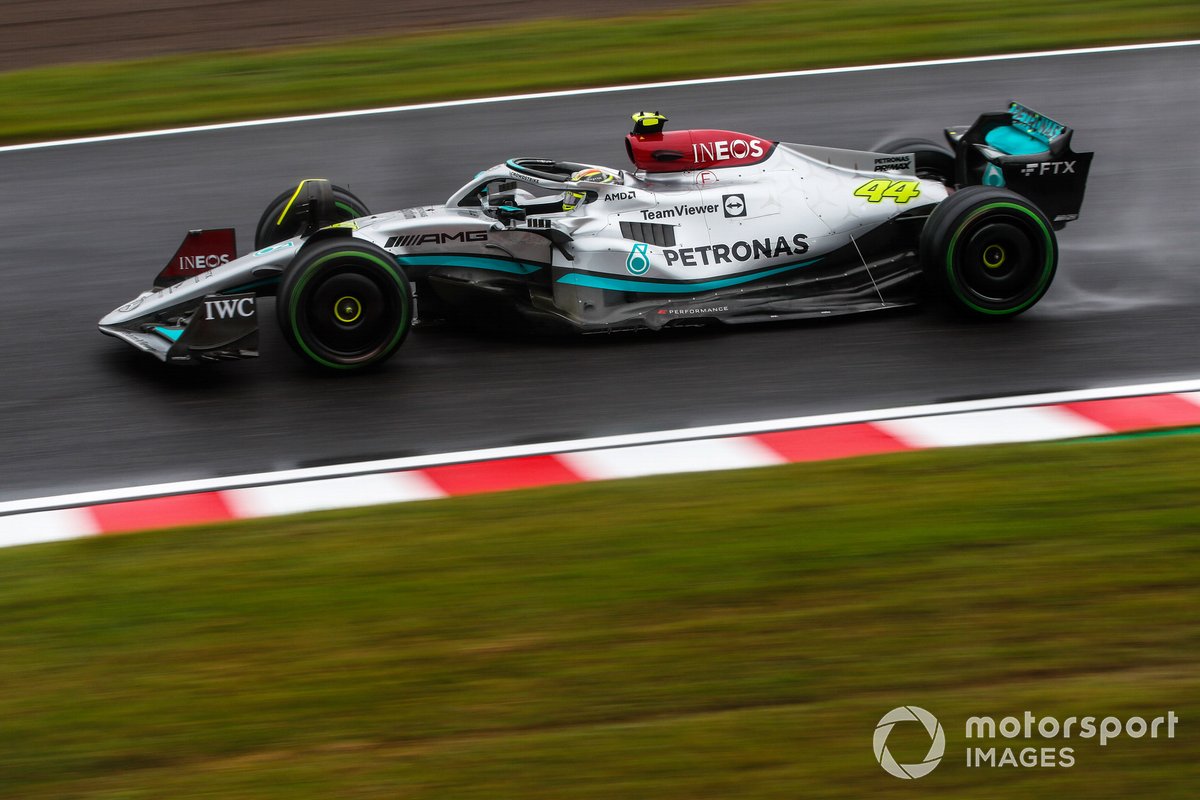 "There's loads of different things and I want to be a part of that shift and work process with Mercedes far beyond winning races and championships.

"But for now, we want to win more championships. So that's the immediate focus."

Hamilton is currently tied with Michael Schumacher for the record of seven F1 world championships, having controversially lost out on an eighth title last year to Max Verstappen in the Abu Dhabi finale.

But Hamilton said it was "more where I am in life" that would influence his decision on how much longer he would keep racing in F1, rather than his levels of success, believing there was plenty of work to be done to enact change in the series.

"I can't retire now because I'm only just embarking on helping shift and create a more open and inclusive environment here in the sport," Hamilton said.

"I have to stay and help that continue. Also I am feeling healthier than I've ever been, in terms of what I eat, how I prepare myself, and I love racing.

"I've been doing it as long as I can remember, since I was five years old, and that's not gonna go away.

"If I'm still fit and able to focus, why would I stop? And still able to do the other things at the same time?"