Lewis Hamilton has warned Mercedes “can’t afford” another weekend like Monaco after losing the lead of the Formula 1 drivers’ championship to Red Bull rival Max Verstappen.

Hamilton endured a difficult Monaco Grand Prix weekend that saw him qualify seventh on Saturday, finishing almost three-quarters of a second off the pole position time.

The race proved to be a struggle for Hamilton as a decision to pit early to try and get the undercut not only failed to get him past Pierre Gasly, but also allowed Sebastian Vettel and Sergio Perez to jump ahead.

It ultimately left Hamilton to finish the race in seventh place, having made a late second pitstop to get the fastest lap of the race and secure a bonus point.

The result saw Hamilton lose his 14-point lead in the drivers’ championship and slip four behind Verstappen in the updated standings.

Hamilton felt that the strength of Verstappen and Red Bull’s car meant Mercedes could not afford to struggle as much as it did in Monaco at other tracks coming up.

“I told you at the beginning, they’ve got a championship-winning car, and they’re going to be very hard to beat.

“I’ve been serious about it all year. We’ve won races which we shouldn’t have won, like in Bahrain. But it’s not over. There’s a long, long way to go.

“We definitely can’t afford another weekend like this, but I’m grateful I’ve finished, and grateful I finished and got some points, fastest lap.

“Every little point that you can get on a bad weekend like this, hopefully can count towards something at the end.” 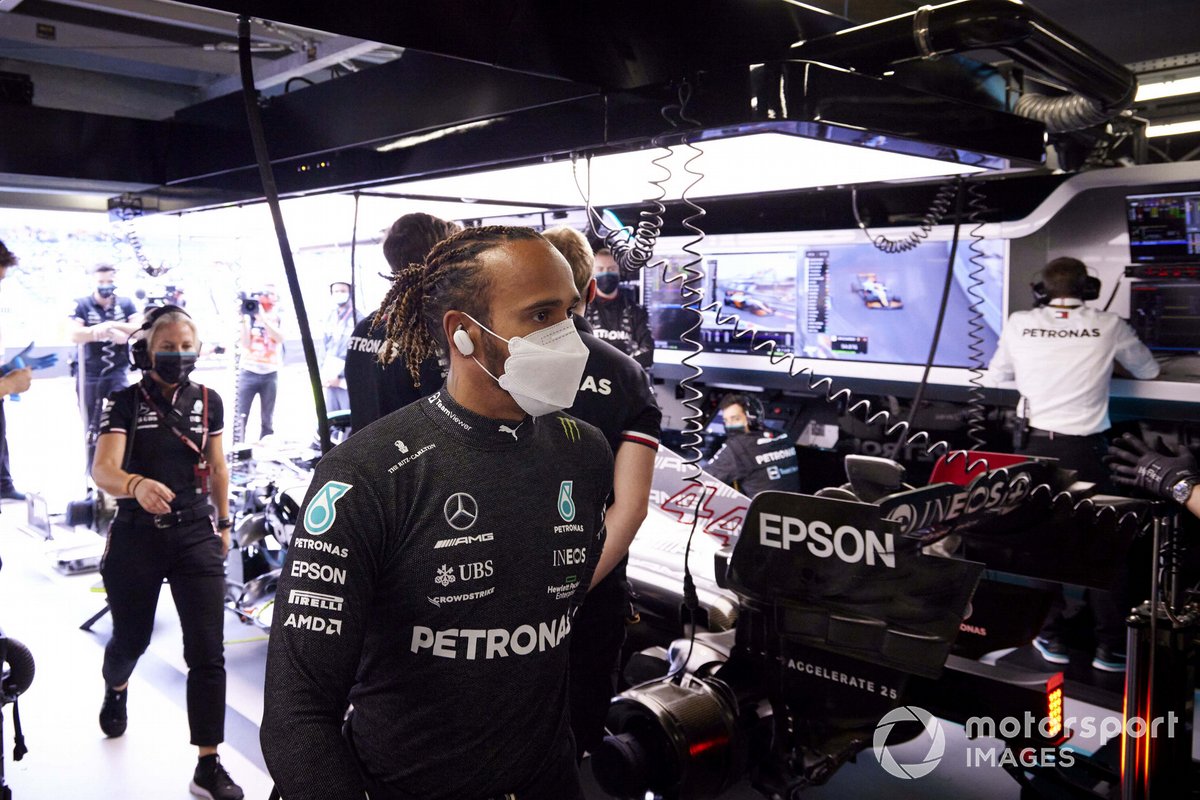 After Hamilton’s team-mate Valtteri Bottas retired due to a wheel issue at his pitstop, Mercedes also lost the lead of the constructors’ championship, slipping one point behind Red Bull.

But Hamilton expressed his confidence in the Mercedes team to learn from its difficulties in Monaco and bounce back stronger.

“Of course it’s not a great weekend, but I don’t feel like I’m dwelling on it,” Hamilton said.

“There’s a lot that we could have done better in terms of how we prepared going into the weekend. We’ve had some good conversations through the weekend. But it’s not good enough from all of us.

“We win and we lose as a team, and it’s collectively not a good job from all of us, across the board. And we don’t take it lightly.

“But there’s no point getting all depressed. We’ve got to start looking at the data and figuring out why we’re in this position.

“I’m going to be on calls over these next days once we get some analysis. Naturally, we all want answers within the team.

“I know everyone will be working flat out to make sure that hopefully this kind of weekend doesn’t happen again.”