Following Sebastian Vettel’s announcement that he’ll retire from F1 at the end of 2022, it will leave just Hamilton and Fernando Alonso as the older generation of drivers on the grid next season.

Hamilton, whose current Mercedes F1 contract expires at the end of 2023, has repeatedly stated he has no intention to retire at the end of next season, as the 37-year-old feels he still has more to achieve both on and off track.

While Hamilton is focused on fighting for world titles with Mercedes, he also remains committed to leading F1’s diversity and inclusion push through his charitable foundation Mission 44, so feels no need to consider retirement with multiple motivations to continue.

“I think it’s a reminder that I’m in that part of my career where people that I came up with and raced with for so long will start to stop,” Hamilton said after Vettel’s retirement announcement in Hungary.

“Before you know it, Fernando will not be here. And then, who was there after that? I’ll be the oldest I guess! But, no, it’s not made me think about that [retirement].

“What are the steps we need to do to have everyone aligned in this sport to do more to start truly reflecting the work that we’re trying to do in terms of diversity? I’m thinking about all those things.

“When I talk about fuel left in the tank, I’m still fighting for those things and still feel like I’ve got plenty to go in that.” 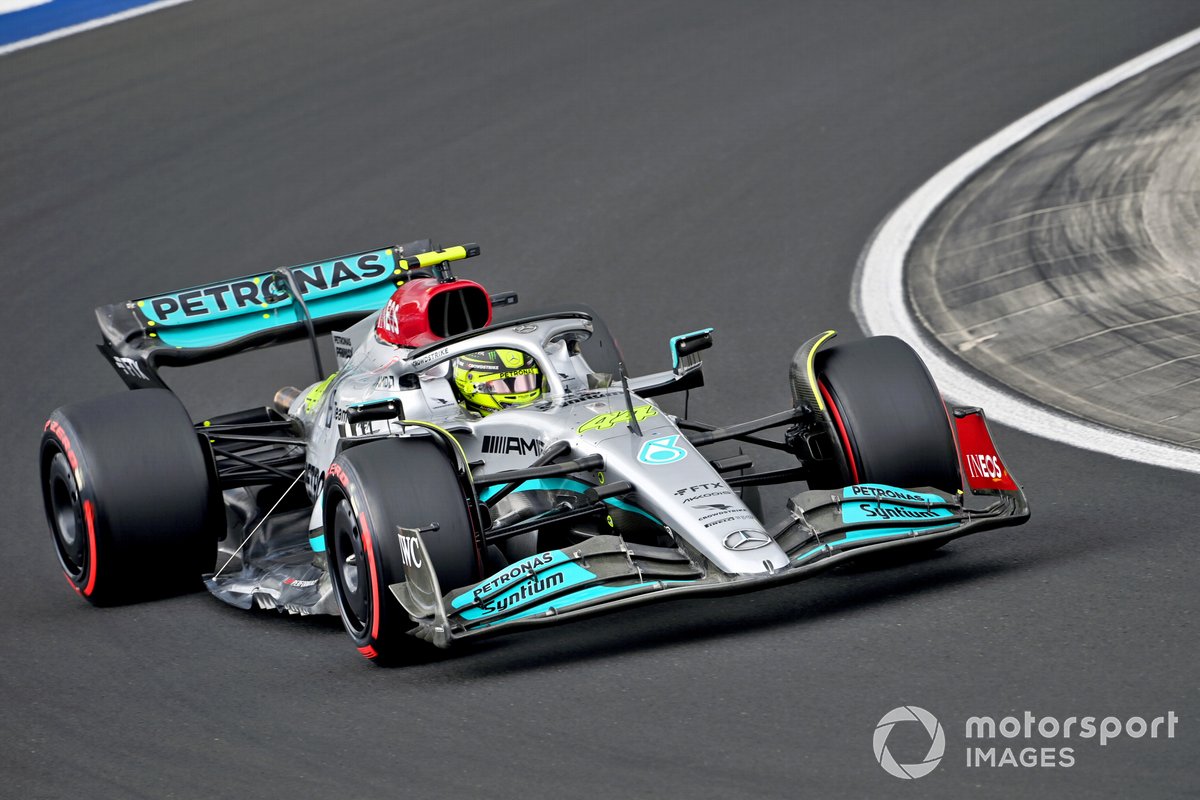 However, Hamilton does believe he won’t continue racing in F1 when he’s lost motivation to continue, but doesn’t expect that time to come soon.

“If I stop, I will still have fuel in the tank,” he said. “I don’t think I will go until I’m completely burnt out and have nothing left. But, hopefully that’s a while off.”

PLUS: The clues about Hamilton's F1 retirement plans revealed after Vettel's decision

Hamilton also credited Vettel for his activism work in highlighting environmental issues and humanitarian efforts while in F1 and hopes the series can continue what the German driver has pushed for.

“The work I’ve tried to do, what Seb’s been trying to do here – really igniting the fire of sparking conversations, to leave the place a better sport than it was when we found it,” Hamilton said.

“And I think Seb has definitely had a huge role to play in that and there’s still a lot of work to do, which I don’t know if Seb is going to do more work, continue on the work in the background with the sport or not.

“I doubt he’ll come back and do commentary, but you can never say never. But I do hope it’s in a better place. It would’ve been an awful waste of time if not.”