Mercedes trackside engineering director Andrew Shovlin says that Lewis Hamilton had no warning that Max Verstappen had been asked to let him by during Formula 1's Saudi Arabian GP.

The pair had a controversial collision towards the end of lap 38 when Verstappen responded to a message from his Red Bull team to let Hamilton by - a request from Michael Masi in race control - and to do it "strategically."

The Dutchman slowed in an attempt to let Hamilton by before the last corner so that he could gain DRS and thus potentially re-pass immediately afterwards.

However, Hamilton made contact with the rear of the Red Bull.

At the moment of impact Hamilton was told by engineer Peter Bonnington "they're asking Max to swap positions".

After the impact, sporting director Ron Meadows, the man with whom Masi communicates during races, called race control and said: "We had no idea he was going to do that."

Masi replied: "Excuse me Ron, I came over and told you that. If you've got other channels going...", to which Meadows replied, "No, no, no, you told me as it happened. I was telling the engineer at the time."

The stewards reviewed the incident after the race and gave Verstappen a 10-second penalty, which didn't make any difference to his second place. 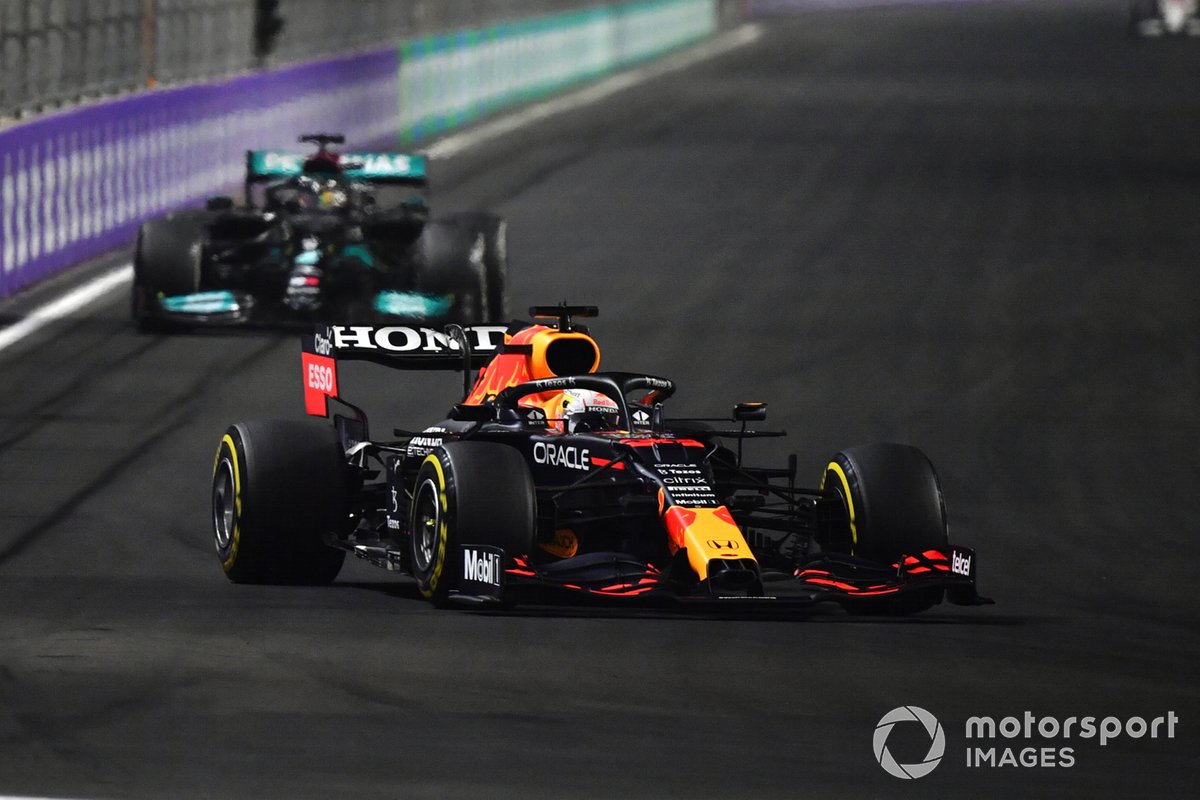 Shovlin said that Hamilton had no prior warning that Verstappen might try to let him by.

"We didn't have time to get on to Lewis and he wasn't expecting it," he said.

"And looking at the video in car you can see why Lewis had a problem with it, because Max was right in the middle of the track that is almost exactly three cars wide.

"He had no way of knowing whether Max was going to left or right.

"Max stayed very central and braked hard, and Lewis was at around 50 bar of brake pressure, and later on the car was on the braking limit trying not go into the back of Max. It was all he could do to stop it.

"It is just not where anyone would expect someone to let them go by, and if you are letting your teammate go by we all know how you do that.

"If you are giving up a position it shouldn't be materially different to that. You have to relinquish the position."