The F1 world champion only got the green light to race in Abu Dhabi on Thursday afternoon, after a number of successful negative tests for coronavirus and special permission allowed him to leave Bahrain and enter Abu Dhabi and the Yas Island 'biosphere'.

But he wasted little time in getting up to speed on his comeback, and ended Friday's second practice session at the Yas Marina Circuit just behind his Mercedes team-mate Valtteri Bottas.

Speaking for the first time since he came back to the paddock, Hamilton told Sky Sports F1: "I was very, very happy and grateful this morning, just to be back here. And, obviously to be able to try and finish off the season strong, I was super excited.

"It felt like a first day back to school kind of thing. So it definitely took a minute to get back used to it for the first session, and then the second one, I think [I was] still getting my bearings, but not too bad. 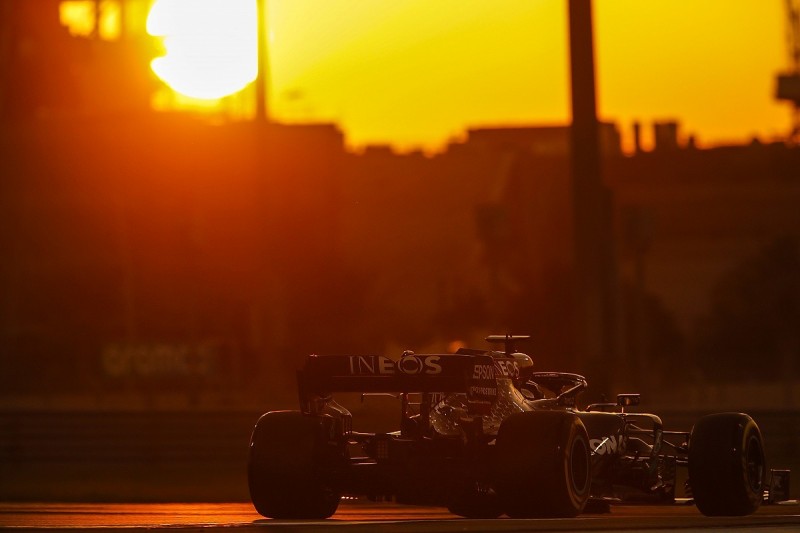 Hamilton said he felt no pressure to need to come back for the final race of the season, having already won the championship, but said he was eager to enjoy one last outing this year.

"I just want to come here and enjoy it this weekend and enjoy what I do," he said. "It's been a huge amount of work from everyone back at the factories, and it's been a privilege to race with them this year.

Asked if it had felt strange to see George Russell racing his car in Bahrain last weekend, Hamilton praised the job that the young Briton did.

"I think George did an amazing job, and I think everyone knows that," he said. "I think it was definitely odd. And from my 27 years of racing, I've never missed a race. So yeah, one day, I'll write a book about it. But as I said, I'm just grateful to be back."