Mercedes Formula 1 team-mates Nico Rosberg and Lewis Hamilton's relationship was at breaking point even before the Monaco Grand Prix, due to a bust-up in Spain a fortnight ago

Although the breakdown in the team-mates' relations was made public in the wake of Rosberg's controversial pole position in Monte Carlo, the pair had already fallen out after the race at Barcelona.

That was when it emerged that, in a bid to keep his lead, Hamilton went against team protocol and turned up his engine settings to maximum performance in the closing stages.

His actions left Rosberg feeling that he had been robbed of a chance of victory through unfair means - which forced an apology from Hamilton.

It was against that backdrop that tensions surfaced in Monaco, which is why team boss Toto Wolff is not surprised that Hamilton felt so angry after the qualifying controversy.

"It was the other way around on the Sunday in Barcelona," explained Wolff about his drivers' suspicions of each other.

"Nico had felt aggrieved by what had happened in the race and I guess this is really normal.

"Everybody has their own absolute reality, and absolute belief. And I guess it is like arguing with somebody. You think you are right and the other person thinks he is right. It is never black and white. There is sometimes grey."

Hamilton revealed after the Monaco GP that Rosberg had used a similar aggressive engine setting in his bid to snatch victory in Bahrain earlier this year. 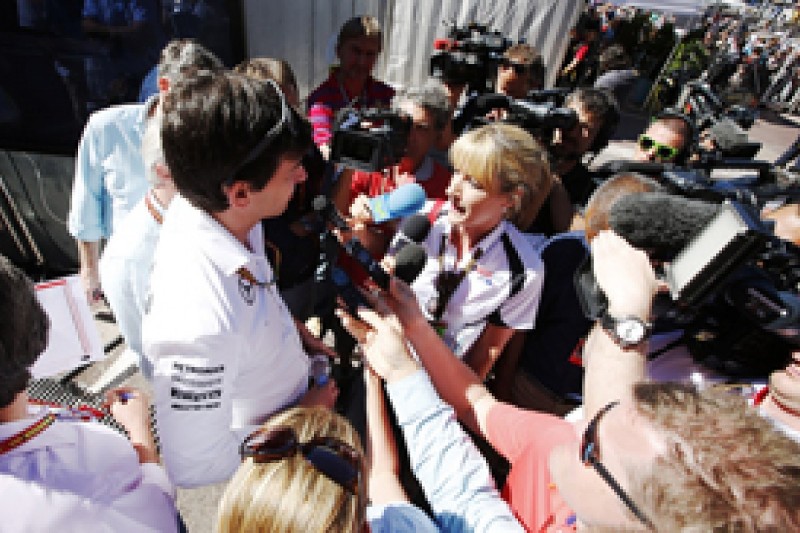 Wolff said that their actions have now forced a clampdown on the drivers, with neither now allowed to play around with the mappings settings on their own.

"I think they are probably exploring how far you can step up above the line and what the consequences are. But isn't that normal?

"The moment it goes in the direction where we believe it is not the spirit of Mercedes Benz we will act accordingly."