Lewis Hamilton feels he has learned from his penalty slip-ups through the 2020 Formula 1 season, saying the stewards "won't be able to catch me out again"

Hamilton received in-race penalties on three occasions this year, the first coming at the opening round in Austria when he received a five-second penalty for a collision with Alexander Albon, dropping him from second to fourth place.

The most severe sanction came at the Italian Grand Prix, when Hamilton was handed a 10-second stop/go penalty for entering a closed pitlane. It dropped Hamilton from first to last place, meaning he could only fightback to seventh at Monza.

Hamilton blasted the stewards after receiving two five-second penalties in Sochi after he was adjudged to have completed practice starts in the wrong place before the race. The Mercedes driver said the stewards were "trying to stop me" and called the penalties "ridiculous".

PLUS: Hamilton exclusive: Why being F1's GOAT isn't the goal

Reflecting on his comments in Sochi, Hamilton admitted they were made in the heat of the moment, and explained how there was in fact a growing respect between himself and the stewards.

"Ultimately you say things in the heat of the moment," Hamilton said.

"When you feel that you're swimming against a tide sometimes, I think that is a human reaction. Looking back, we can always look and think we can do things differently. 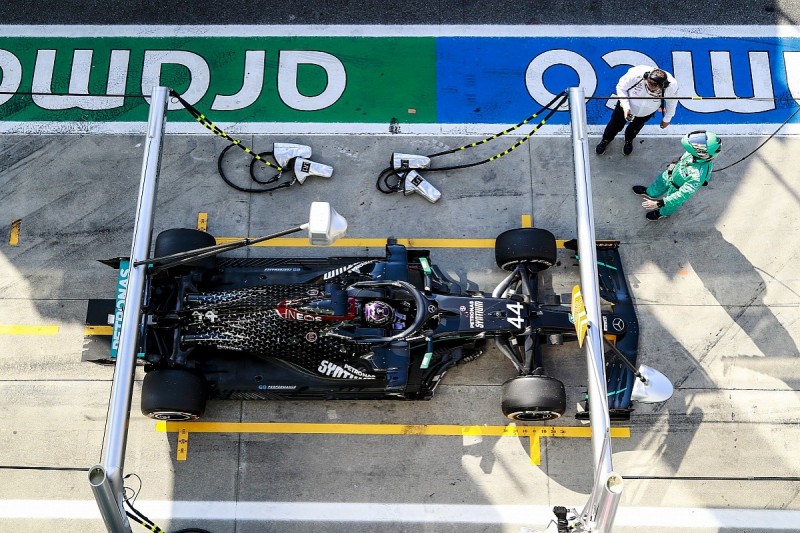 "I think we've grown. There's been a lot of growth I think this year, both as a sport and the steps that we've taken.

"Probably for myself, my experience - I rarely get to see the stewards, but I think with the FIA and with the stewards, I think there's been a growth of respect between us, and understanding."

The penalties did not have any eventual impact on Hamilton winning a seventh world title, but did coincide with three of the six races he failed to win this year.

Hamilton said he still did not think the penalties he received "were the necessary penalties", but acknowledged "it's not my job to come up with what the penalty should be".

"I learned a lesson from it, and they won't be able to catch me out for that again, that's for sure," Hamilton said.

"I've just got to be very vigilant and diligent moving forwards.

"It's fine if that one was over the edge. I learned from it, and it won't happen again."

Magnussen: Grosjean's "phenomenal" speed made me a better qualifier