The Williams Formula 1 team was surprised to be beaten by Haas in Australian Grand Prix qualifying, while Daniil Kvyat hopes Romain Grosjean's effort was the "lap of his life"

The Frenchman's Q3 effort also vaulted Haas clear of Toro Rosso, Force India and Renault in the tight midfield battle, having been neck-and-neck with those teams throughout practice.

"The Haas was a surprise and well done to them," said new Williams chief technical officer Paddy Lowe.

"We hadn't seen it coming because Romain didn't get a great lap in Q2."

Grosjean admitted he was not expecting such a strong performance after "struggling to find my marks" in testing.

"Some of the guys were optimistic," he said. "Things were not really going the way I wanted.

"The first lap I did here, I felt the car was better and the first run was good so we can build from there

"From seventh realistically, because [Daniel] Ricciardo went out, to 14th is pretty tight.

"It is going to be intense."

Kvyat will start the race ninth, one place behind team-mate Carlos Sainz Jr, with Toro Rosso the only one of the midfield teams to get both cars into the final part of qualifying.

"Massa felt within the reach, definitely. It was peanuts difference.

"But he [Grosjean] looked quite impressive. Let's hope it's just a lap of his life." 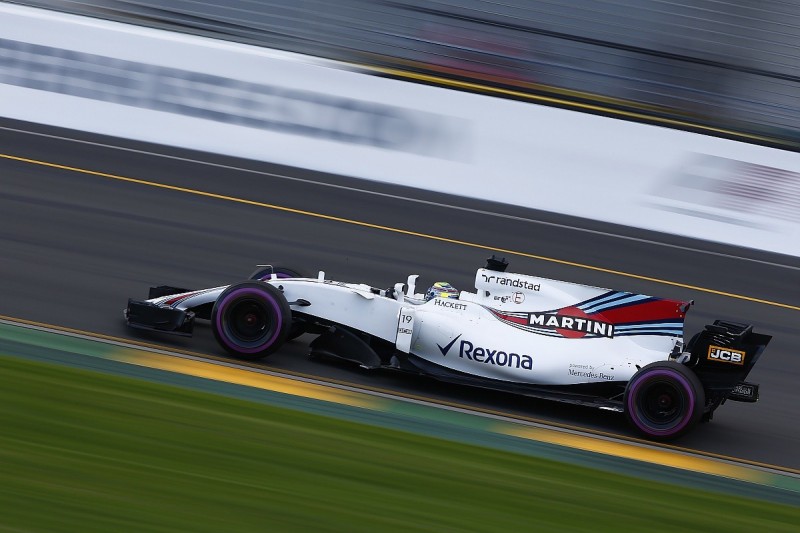 Massa, who managed just six laps in second practice to an electrical problem, said he was "a little bit" disappointed to wind up behind Haas.

Williams was the strongest midfield team in testing and was predicted to be just ahead in the fight to be fourth behind Mercedes, Ferrari and Red Bull.

"I was a little bit surprised because I was in front of him in Q1 and Q2," said Massa.

"Maybe I expected to be a little bit better, like I was in Barcelona.

"Maybe we could have gone one tenth quicker, but not fourth tenths."

Esteban Ocon conceded "the Haas is a little faster" than Force India at present.

"It's so close that the driver in the midfield can make a difference for sure," said Ocon. "That's cool."

Grosjean's team-mate Kevin Magnussen said he was not surprised by the team's performance because it "ran quite heavy" in testing, something Renault driver Jolyon Palmer also noticed.

"It's very impressive, Grosjean's done a good job there," said Palmer, who will start 19th with his team-mate Nico Hulkenberg 12th.

"In testing I thought they were holding something back still, because they did last year.

"They have a good chance to make a good start."

Haas has also pit its T-wing back on the car after being forced to remove it on Friday.