While Mercedes dominated the first few years of F1's V6 turbo-hybrid era that began in 2014, Ferrari has made significant ground up over the last two years and is widely regarded as having the benchmark engine now in '18.

That has helped its customer teams Haas and Sauber move up the midfield order, with Haas emerging as best-of-the-rest behind Ferrari, Mercedes and Red Bull on many occasions.

"The first years of this regulation, if you didn't have a Mercedes engine, you were nowhere.

"Now Ferrari has overtaken them and everybody having a Ferrari engine are critiqued - 'Oh, you've got the good engine'.

"Yeah we have. So did you the last four years and you didn't take advantage of it. So what can I do?

"I'm very happy. If the other ones are unhappy, I cannot help them." 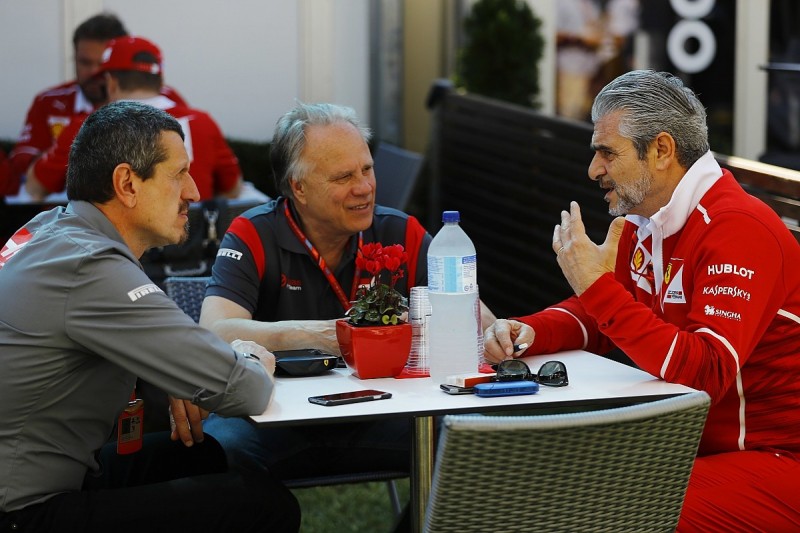 Before Ferrari's engine gains became apparent this year, Haas was already being questioned by rivals over its technical relationship with the Italian manufactrer.

After the failures of F1's trio of new teams in 2010 - HRT, Virgin (then Marussia and Manor) and Lotus (then Caterham) - F1's listed and non-listed parts rules, which facilitate the Haas-Ferrari relationship, has allowed Haas to be competitive at a lower cost since it joined the grid in 2016.

"These were not stupid people," said Steiner of the 2010 teams. "It's just a very difficult sport.

"We tried a different way because the regulations allow it and it seems to be working better than the others.

"If somebody now replicates our business model, I'm fine with it.

"Everybody is free to do it and it's good. If this makes the sport better, I'm happy, I've no problem with it."

When asked about how 'Ferrari replica' comments affect the team, driver Romain Grosjean said: "It makes us laugh.

"We know we've got the chance to have the Ferrari relationship and have the suspension, the gearbox, the engine.

"We don't have the resource to build those parts, neither the wish to do so."

Steiner added: "If they get wound up and think we do something illegal, I don't even think about it.

"I know for sure their facts are wrong, so I don't really care."

Haas is currently fifth in the constructors' standings and has emerged with the fourth-fastest car at several circuits this season.

It trails Renault by just 16 points, having banked its best result in F1 earlier this year with fourth place in Austria.

Grosjean, who scored that result, said: "People think that in the third year of the team we would be fighting for fourth in the constructors' championship, we'd have been laughing - and here we are."

The drive behind Mercedes' heir to Hamilton