Magnussen has scored all of Haas's 11 points so far this season and has shown well at all three events, while Grosjean's form has not been as consistent.

Reflecting on why there has been a disparity, Steiner said one of the key differences between his two drivers was down to how they dealt with an imperfect car.

"I think [with] Romain the car needs to be perfect to his liking, whereas Kevin can drive around a lot of things," said Steiner. "It is both things, plus and minuses to be honest.

"If we have a perfect car then [Romain] is fantastic whereas Kevin says 'OK, it is OK'.

"But he has learned and he pushes hard for what he wants now. If Kevin has a small problem he adapts better to drive around it."

Steiner also believes Magnussen's strong start to 2018 has been helped by the atmosphere at Haas lifting his confidence levels.

"A stronger car gives you more confidence and that I think is what Kevin needed," he said.

"But being the second year in a team you don't always have to worry about 'do I drive next year?' This continued pressure helps a lot, but then again he is consistent and fast.

"You get this momentum sometimes going in life and it is just uphill.

"There will be at some point again, a little downhill, but I know Kevin's talent. That is why we took him.

"We know there is a very good raw talent there, but I think the surroundings need to be working for him so you can get this talent out.

"Having the team around him, being small, direct and honest, and now with a good car, that has brought his confidence up and he can deliver.

"He is not distracted by anything else [other] than doing good race car driving." 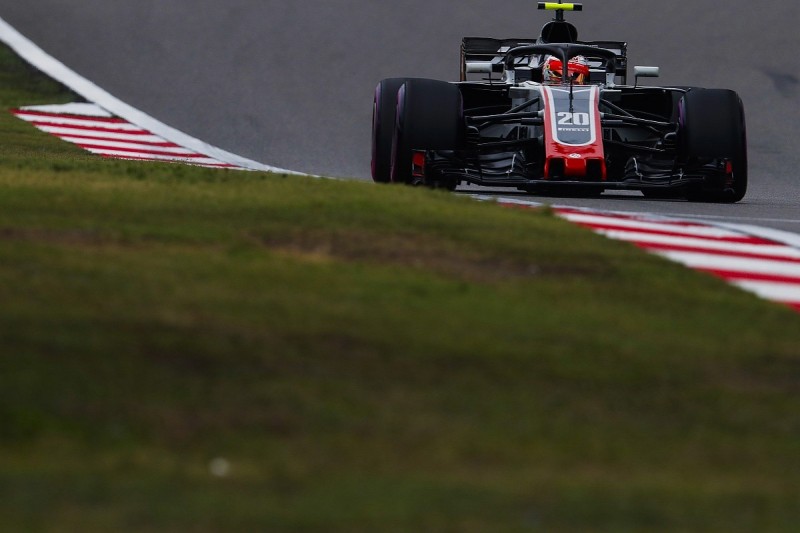 "Kevin is [in his] second year, so he knows his engineers, he knows me, he knows the team more, so he is much more relaxed," Komatsu told Autosport.

"And we understand better what he needs from the car. It's good.

"Kevin's weakness last year has been qualifying, when the pressure is on. He improved that one.

"We always knew that he could race, which he showed last year. "So this year, because he's upped his game in qualifying it's good."

Daniel Ricciardo had lip surgery after F1 win in China

Why F1's future is in jeopardy