Television coverage of recent grands prix has regularly featured emotional radio traffic from Grosjean, particularly when he has been unhappy with the Haas's handling.

Asked by Autosport if how his messages were being perceived was playing on his mind, Grosjean replied that he would "probably try to be a little bit more quiet" from now on.

"It sounds like I'm an arsehole in the car.

"But I think I'm a nice guy and everyone knows it, and if I'm pushing it's because I'm pushing myself and I want to push everyone in the same way.

"I've tried to back off, because it was playing on TV and people who don't know me think it's wrong.

"Is there a microphone in the middle of a football game? A tennis court? We are a sport where there is a microphone.

"In every sport where you are maxxed out, adrenaline is at its max, you are focused and you are into it.

"During a judo game, if you read the lips of the guy, they're not saying: 'well done, I'm going to get you in the next one'.

"They respect their competitor, but they are like: 'I'm going to kill you'."

Grosjean is content his Haas colleagues have no complaints.

"I've got the tendency to be too pushy and to be too passionate because I want to develop. That's what the guys love," he added.

"There's nothing personal when I say the car is bad or so on, it's just to put words on the feeling, which is not so easy to do.

"It's like when you try something and it's disgusting and you say, 'I hate it'.

"It's bad, but it's not against the thing or the cook, it's just not your taste. But you need to put a word on the feeling." 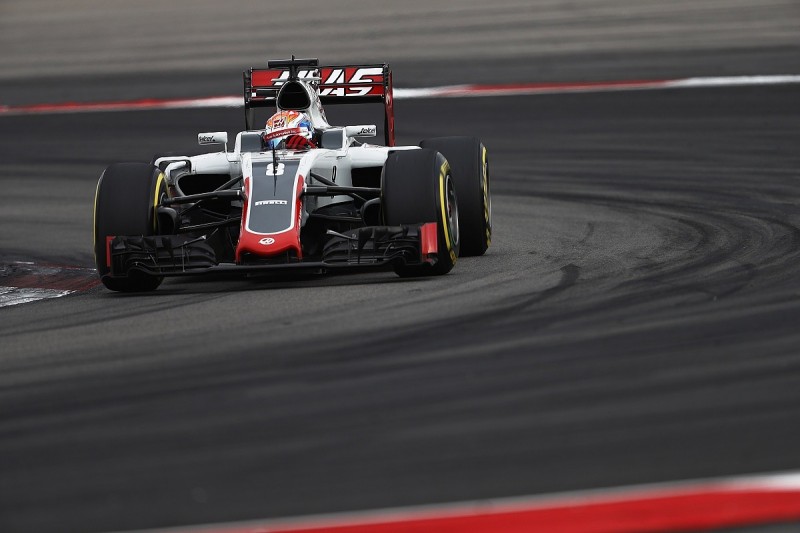 Grosjean admitted one aspect holding Haas back in its first year is difficulty interpreting live data quickly enough, saying that solutions to handling problems encountered during grand prix weekends are found "after the race most of the time".

"Like Monza - we were over-stressing the front tyres in the first stint a lot, so after the race we found 'that's what we should have done'," he said.

"It's too late, but you know it for the next time.

"It's very hard to get a read on the data straight away and come back to the drivers.

"Most of the time we need to reprocess the data after the session, so it can take up to two hours to find out the balance."

Grosjean believes this is an issue that can be addressed relatively quickly.

"By putting some more processes in place, we could be much more accurate and much faster in the near future," he said.