The changes made to Force India's car at the Singapore Grand Prix helped it have the pace to fight for points in the last two races, although Grosjean had not been expecting the team to be so strong again at Suzuka.

But Esteban Ocon ended up best of the rest behind the Mercedes, Ferrari and Red Bull drivers in Friday practice.

"Force India was a bit surprising," Grosjean said. "They have been fast recently after a very difficult beginning of the year, and they have raised their game quite a long way since they changed name."

Magnussen has no doubt that Force India has made a leap in pace to join the fight at the front of the midfield battle.

"I think it is pretty clear," he said. "They've made a very big step and done an extremely good job to turn it around.

"I don't think we are far behind but it looks like we are a little bit behind, so we will try to make up for it - perhaps tomorrow or the coming races."

When asked about Sergio Perez's suggestion ahead of the Japanese GP that he believed Force India now had the best midfield car, Grosjean said: "OK - well, it's great if we can beat them then!

"I don't know. They have certainly been quick and they are very fast in a straightline.

"So some circuits you can explain, like Spa and Monza and Russia. Singapore is a bit of a different one.

"But they have done a good job getting that car back on track as they did, and here we will see what it is like." 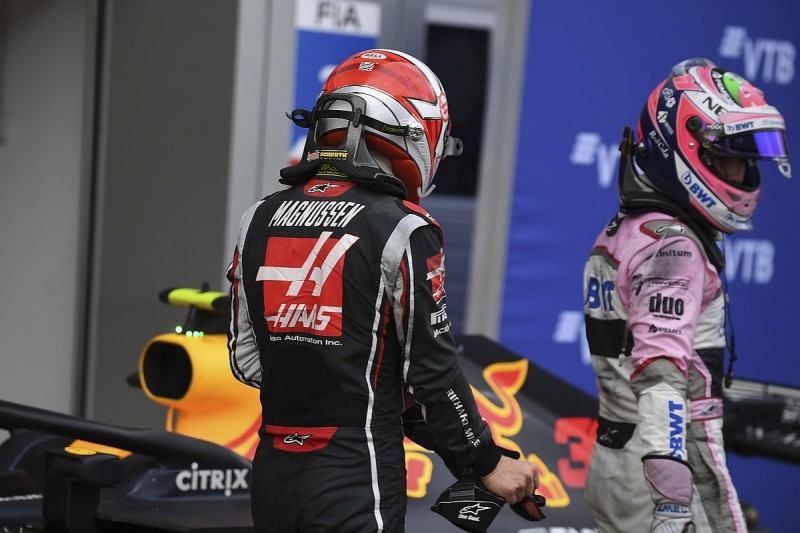