The Dutchman retired from Sunday's Azerbaijan Grand Prix with an engine problem, his fourth non-finish of the year and third due to a technical problem.

While Verstappen said Red Bull is still looking into the specific details of the most recent problem, which occurred while he was running fourth behind three cars that would eventually hit trouble in the race, he said it knows "the engine is done".

"This was an engine problem and, unfortunately, not the first time," Verstappen told Dutch TV show Peptalk.

"It's really gutting to drop out again when you're in such a good position.

"If you look at how hard the guys work day and night to make the car work perfectly, then they're really gutted as well when it breaks down.

"On Wednesday I'll be in the simulator, at least there the engine can't break down."

Verstappen also explained his decision not to speak to the media on Sunday.

"I didn't really feel like [talking] at that moment," he said.

"I stayed at the track for half an hour to talk about the race and the balance of the car with my engineers and then I left.

"I thought it was the smartest thing to do."

He added that team-mate Daniel Ricciardo's victory in the eventful Baku race added to his disappointment, although Red Bull's performance at a track where top speed is important was unexpected.

"We were positively surprised in Baku," he said. "The car was doing well but then I really want to score points.

"In terms of outright speed the whole year has been quite good, but in terms of scoring points it really hasn't.

"[The team] expect me to do my best and I expect everything is perfect from Red Bull and the engine as well. It's very tough."

Verstappen has completed the fewest laps of any full-time driver in races so far this season, while Red Bull is also bottom of the same list for teams. 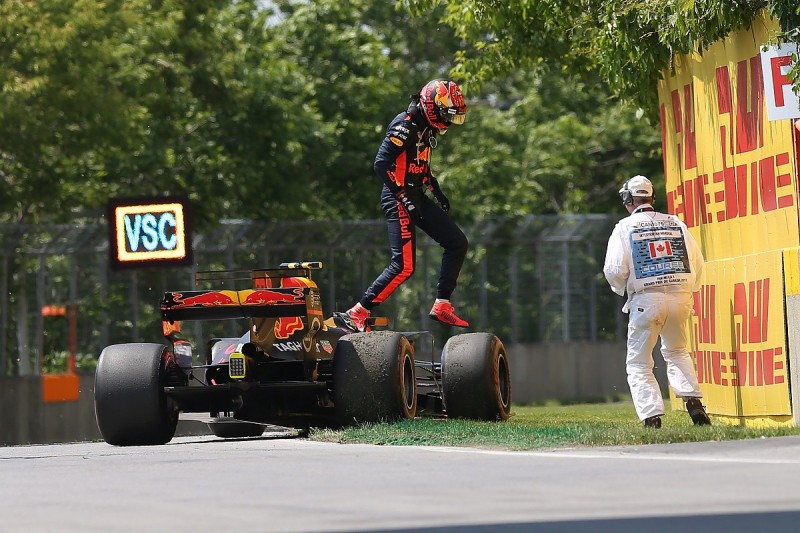 Vettel should've been disqualified on the spot