Ferrari believes Formula 1 should consider having teams pay for the repairs of other cars if their driver is found guilty of causing an accident.

Amid calls from Red Bull for a rethink about F1’s cost cap regulations in the wake of the huge crash damage bills it has faced in the last two races, Ferrari team principal Mattia Binotto has proposed a radical idea.

With Ferrari’s own Charles Leclerc having been taken out by Lance Stroll at the first corner of the Hungarian Grand Prix, Binotto said the situation needed looking at.

And while he does not believe an extra cost cap allowance for repairs is the right way forward, he thinks that teams of drivers who have been found fully at fault in accidents could be forced to pay for damage they have caused to rivals.

“I think there is value for discussions in the near future with the other team principals, FIA and F1,” said Binotto.

“Obviously if you're not guilty, having such damage in the budget cap is something which is even more of a consequence now.

“Should we add exemptions? I'm not sure that’s the solution. I think it may be very difficult to be policed.

“But I think that what we may consider is that if a driver is faulty, the team of the driver should pay at least to the other teams for the damages and repairs. That will make the drivers more responsible.” 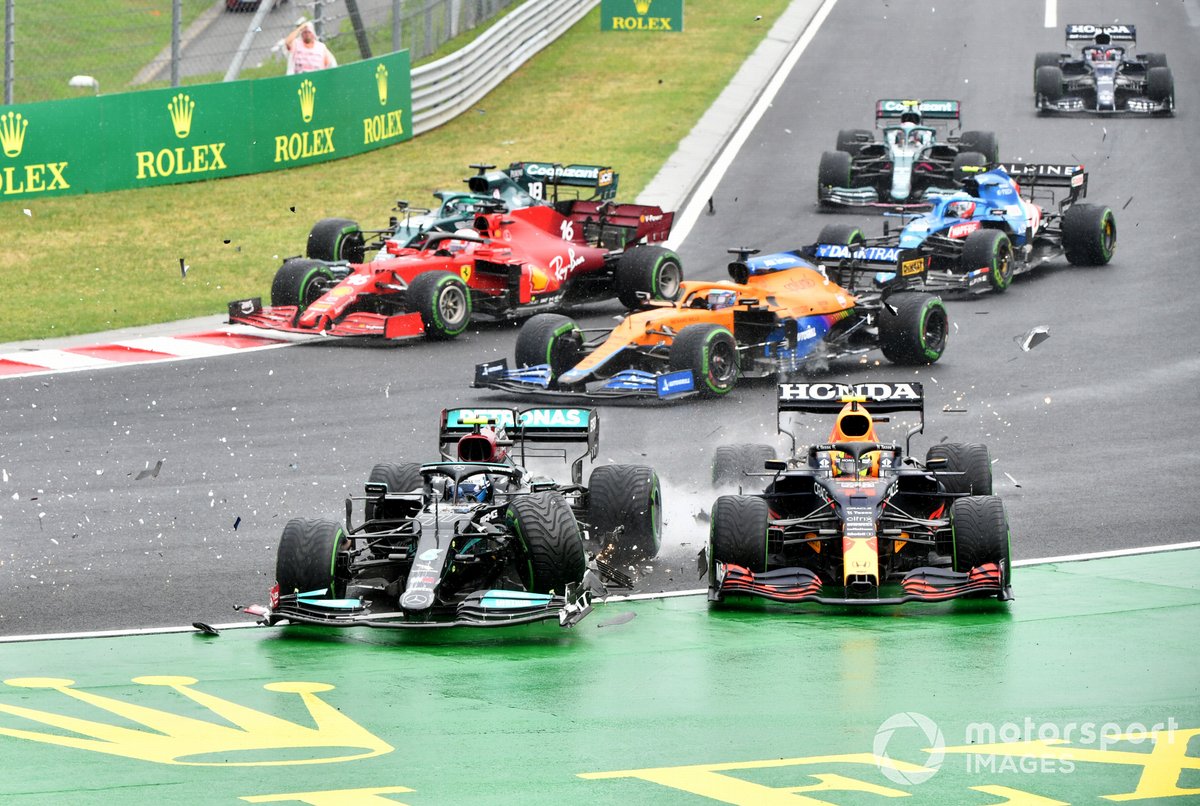 Binotto’s comments come in the wake of a fresh headache for the Red Bull team as it faces expensive crash repairs for the second race running.

Just a fortnight on from the $1.8 million bill that Red Bull faced from Max Verstappen’s high-speed British Grand Prix crash with Lewis Hamilton, it endured another bruising encounter at the Hungaroring.

While Verstappen was able to continue and eventually finished in the points, Perez ground to a halt shortly afterwards and the team fears his engine is a write-off.

Red Bull team boss Christian Horner thinks it unfair that his outfit now faces another major budget headache to pay for the damage in a campaign where it is already right at the limit of the $145 million budget cap.

He wants the FIA to look into the matter and try to find a way for teams not to be financially penalised when accidents are not their fault.

“It’s brutal under the cost cap,” said Horner. “I think it re-affirms that when you have an incident that isn't your fault, that we're paying a significant price for that and that's something that isn't budgeted for.

“It is something that I think does need to be looked at in greater detail by the FIA.”

Asked where the money will have to come from to pay for the recent accidents, with Red Bull already having had to make redundancies last winter to ensure it stayed within the budget cap, Horner said sacrifices would have to be made.

“Obviously you've got to look at what's within the cap,” he said. “It's spare parts and it's the engines as well, which is particularly concerning. I think we need to revisit this with the FIA because ultimately is something that can affect all teams, not just Red Bull.”