The FIA has revealed what caused the huge fireball in Romain Grosjean’s Bahrain Formula 1 accident and outlined recommendations to improve safety measures after concluding its investigation.

Haas F1 driver Grosjean was involved in a huge accident on the opening lap of the Bahrain Grand Prix at the end of November when the chassis of his car was ripped in two, leaving the main monocoque lodged within a barrier.

A huge fire was sparked during the accident, and Grosjean was able to escape from the fire with no serious injuries but sustained burns to his hands upon exiting the cockpit.

The FIA confirmed it would be launching a full investigation into the accident, the report of which has now been published.

“The car suffered extensive damage during the impact including separation of the power train assembly from the survival cell,” the report reads.

“The fuel tank inspection hatch on the left-hand side of the chassis was dislodged and the engine fuel supply connection was torn from the fuel tank ‘safety bladder’; both providing primary paths for the escape of fuel from the tank.

“The driver safety equipment including helmet, HANS and safety harness as well as the survival cell, seat, headrest and Halo frontal cockpit protection performed according to their specifications in protecting the driver’s survival space and managing the forces applied to the driver during the impact.

“The high voltage Energy Recovery System (ERS) battery was significantly damaged, with some parts of the ERS battery assembly remaining with the powertrain and others remaining attached to the survival cell.

“Fire was ignited during the final moments of the barrier impact, starting from the rear of the survival cell and progressing forwards towards the driver as the fire grew.” 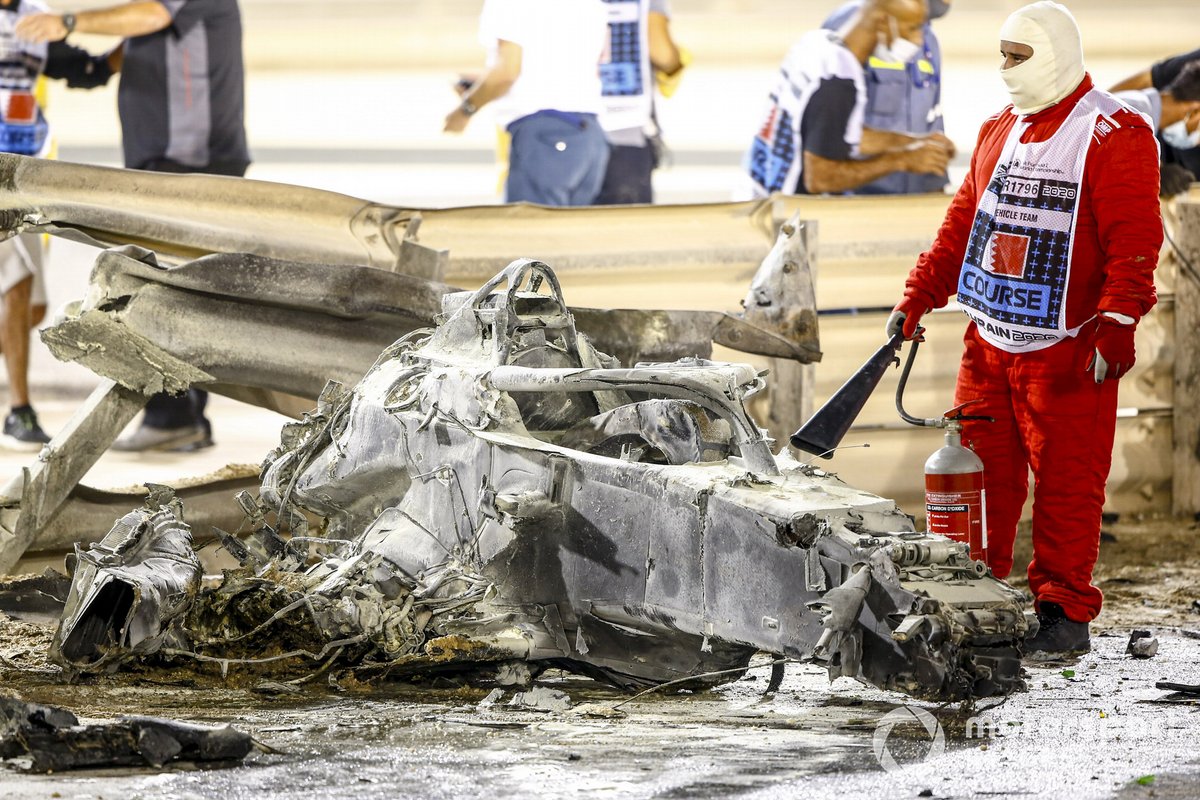 Among the work the FIA said it would complete after reviewing the accident, along with 18 other major incidents across its championships this year, a lot centered on the safety fuel bladder specification in the wake of the fireball.

Relating to the car, this covered:

The FIA also said it would undertake “the regulation of survival cell front geometry, plus additional load tests in that area” and a “review of steering column mounting requirements” after Grosjean’s left foot was stuck in the cockpit at first due to the damage it had sustained.

The report also stated there would be a “review of regulation and homologation requirements for headrest assembly” and “analysis of Power Unit mounting and mount failure modes.”

Grosjean was able to remain in the fire for 27 seconds thanks to the high standards of the FIA race suits, which had been updated for 2020. The report said there would be an “investigation into improvements to the gloves’ Heat Transfer Index (HTI)” given the burns to his hands.

The report also said there would be an ongoing research projects relating to extinguisher systems on open-wheel cars, as well as ensuring that visor mechanisms on helmets remained operational after being exposed to fire. 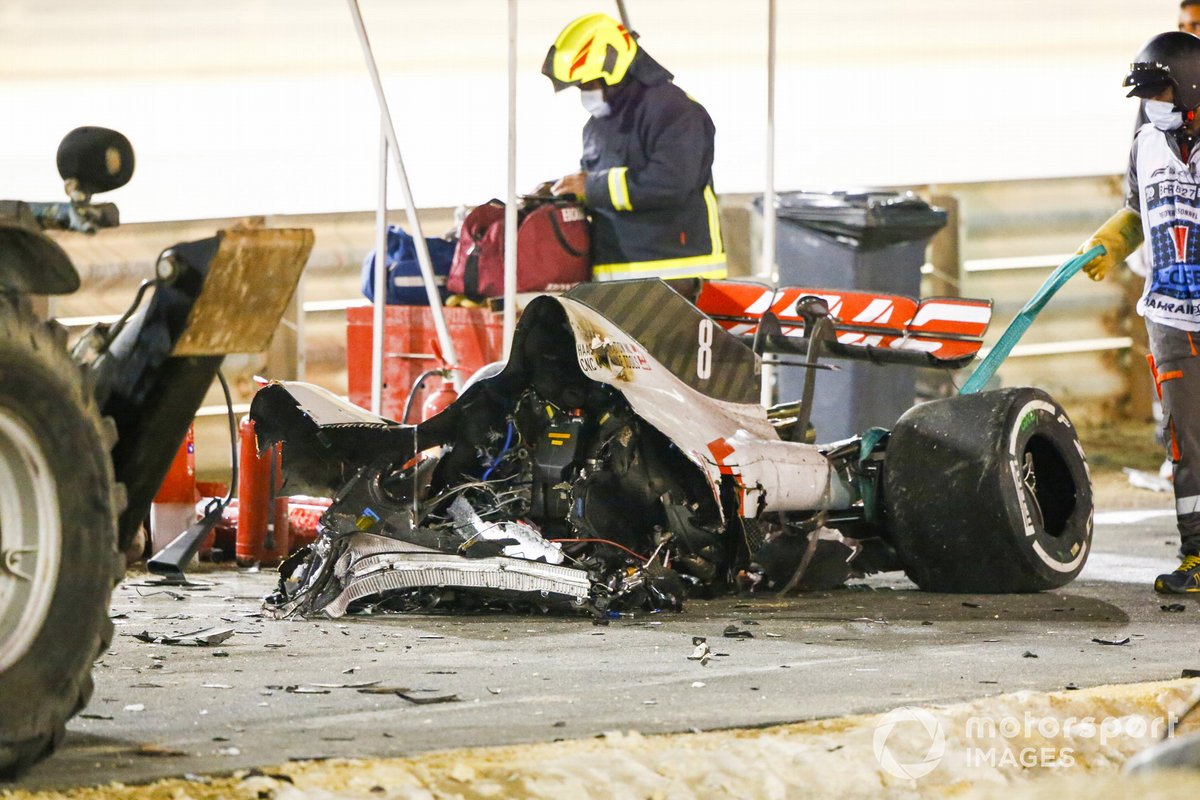 “Important learnings have been drawn from these investigations that will drive our continuous mission to improve safety in Formula 1 and global motorsport,” said FIA president Jean Todt.

“The enduring commitment of the FIA, particularly the Safety Department, on reducing risks associated with motor sport enabled Romain Grosjean to maintain consciousness and survive an accident of this magnitude. Safety is and will remain FIA’s top priority.”