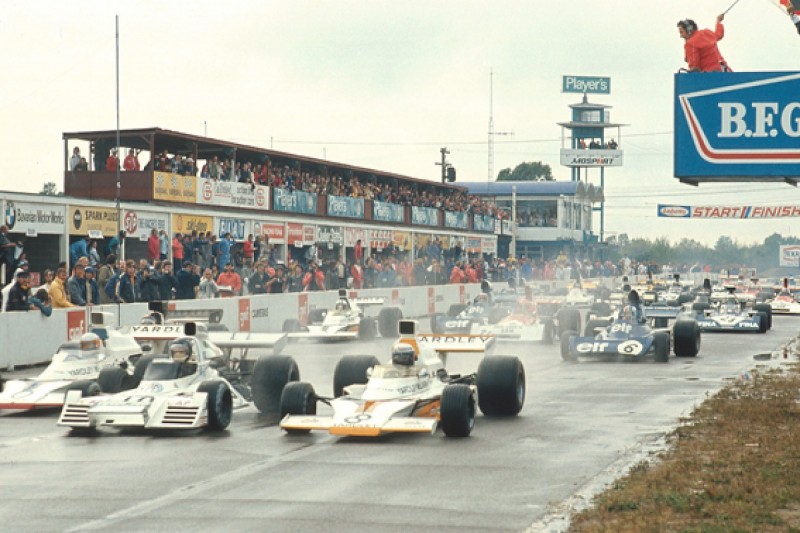 AUTOSPORT relives the great races of the past: The safety car made its F1 debut at a rain-hit 1973 Canadian Grand Prix, causing utter confusion, from which Peter Revson emerged as the winner

It was a race that had everything: wet conditions, dry conditions, tyre changes by every competitor, a collision, the first use of the pace car in earnest, a stirring last-stage pursuit - and two winners. At the finish of the Canadian Grand Prix Colin Chapman threw his cap for Emerson Fittipaldi, who had Jackie Oliver (and Jean-Pierre Beltoise as it turned out) right up behind, but the man with the chequered flag waved it at Peter Revson. At the end of an extra lap, the JPS driver was ushered into the victory circle - but so too, a moment later, was the Yardleymac man. "Who did win?" asked everybody of his neighbour. There were many theories and many suggestions, most of the flippant variety, but it took many hours of patient cross-checking to decide.

It was Revson, whose pitstop for changing to slick tyres had gone well, and who, almost unnoticed, had managed to do the right number of laps first. But hero of the day was certainly Fittipaldi, who had been the victim of the confusion to the extent that, when Jody Scheckter and Francois Cevert shunted together and the pace car came out into traffic, it was instructed to get ahead of another incorrect race-leader - Howden Ganley. Fittipaldi was thus forced into the situation of being just ahead of Oliver on the road, but nearly a full lap behind.

Why Canada is Glock's best chance in 2010