Giovinazzi is in his third full season with Alfa Romeo, scoring the Swiss team's first point of 2021 with a 10th place in Monaco.

After a difficult debut campaign with the team in 2019, Giovinazzi got on par with Raikkonen as the pair finished 2020 with four points each, while Giovinazzi narrowly outqualified the 2007 world champion by nine to eight.

The Italian vowed to keep learning from his vastly more experienced teammate in 2021, but ahead of the season team boss Vasseur expressed the hope that the 27-year-old would progress to take on more responsibilities.

Speaking to Autosport's sister site Motorsport.com Italy in an exclusive interview, Vasseur said he believes Giovinazzi is now ready to be a team leader alongside a less experienced teammate should 41-year-old Raikkonen retire after this season.

"I think so, because the feedback from Antonio is quite solid," Vasseur said.

"Probably one of the issues he had in the past was that he was too focused on Kimi as a reference, and he has to be focused on himself.

"I think the big change he had over the last 12 months is that when he did this kind of move to say 'OK, now let's be focused on myself, I am doing the job, I'm able to do the job, and if I am at 100% of my capacity, I will do a decent job'. And he did this change of approach. 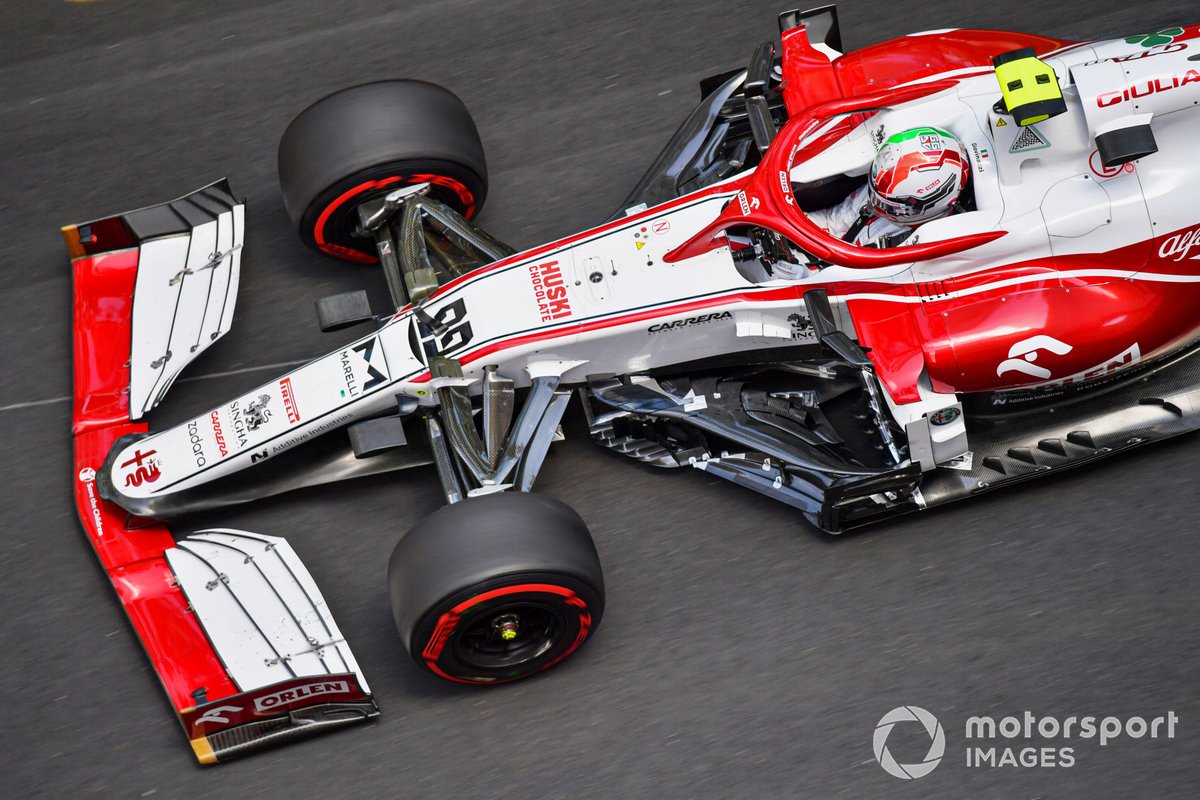 "It is not easy, because very often the first reference is your teammate, and now he's taking his own position into the team. And this is also important for us."

Vasseur believes Giovinazzi has made another step in the early part of 2021, having outqualified Raikkonen by four to one in the season's first five grands prix.

"He clearly did a step in between the two seasons, but it was already like this in the second part of 2020," he explained.

"If you have a look, he did a decent quali, except Imola where he had the issue [being overtaken by Nikita Mazepin at the end of the out lap].

"But the other qualis he was leading the team. And it's important for us to have the stability, as we said before, that I think that Antonio is growing up, he is improving.

"He was a bit... I don't know if unlucky is the right word, but we had too many issues during the race to score points, but at least the pace was there.

"And most important is that we have 23 races, and if the pace is there we'll score points. Antonio is doing a good job."