Nikita Mazepin has been accused of showing no respect for Formula 1’s qualifying etiquette after a run-in with Antonio Giovinazzi in Q1 at the Emilia Romagna Grand Prix.

While drivers try to leave each other space to start their qualifying laps, Mazepin tagged himself into Giovinazzi’s slipstream on the run down to the start/finish line – and overtook the Alfa Romeo driver.

With Giovinazzi's lap instantly ruined, he quickly came on the radio to ask what his Russian rival was doing, as his final effort to try to get out of Q1 was wrecked.

Speaking afterwards, Giovinazzi stressed that he was not impressed with Mazepin – who came under fire at the season opener in Bahrain for jumping cars before qualifying laps.

“It's quite clear,” said Giovinazzi, who qualified two places ahead of the Haas driver in 17th.

“We respect each other on this, starting the lap, and he didn't respect this. This is really not correct for a qualifying lap. I didn't make my last lap.”

But Mazepin was defiant that he had no alternative other than to stay close to Giovinazzi, with time running out at the end of the session and his engineer telling him he had to push on.

“In F1 it is a bit difficult as there's 20 cars, obviously in segment one, which is where we are,” said the rookie.

“Everyone is going out at the same time and the track is just not big enough for all of us.

“We had this chat about the gentlemen’s agreement and obviously I didn't have a problem with that. But when there is three seconds on the clock, it is either you go or you have to box, and you're going across the start/finish first.

“So I don't think there's an issue with it. I'm here to do my laps and, you know, we are all in the same world.” 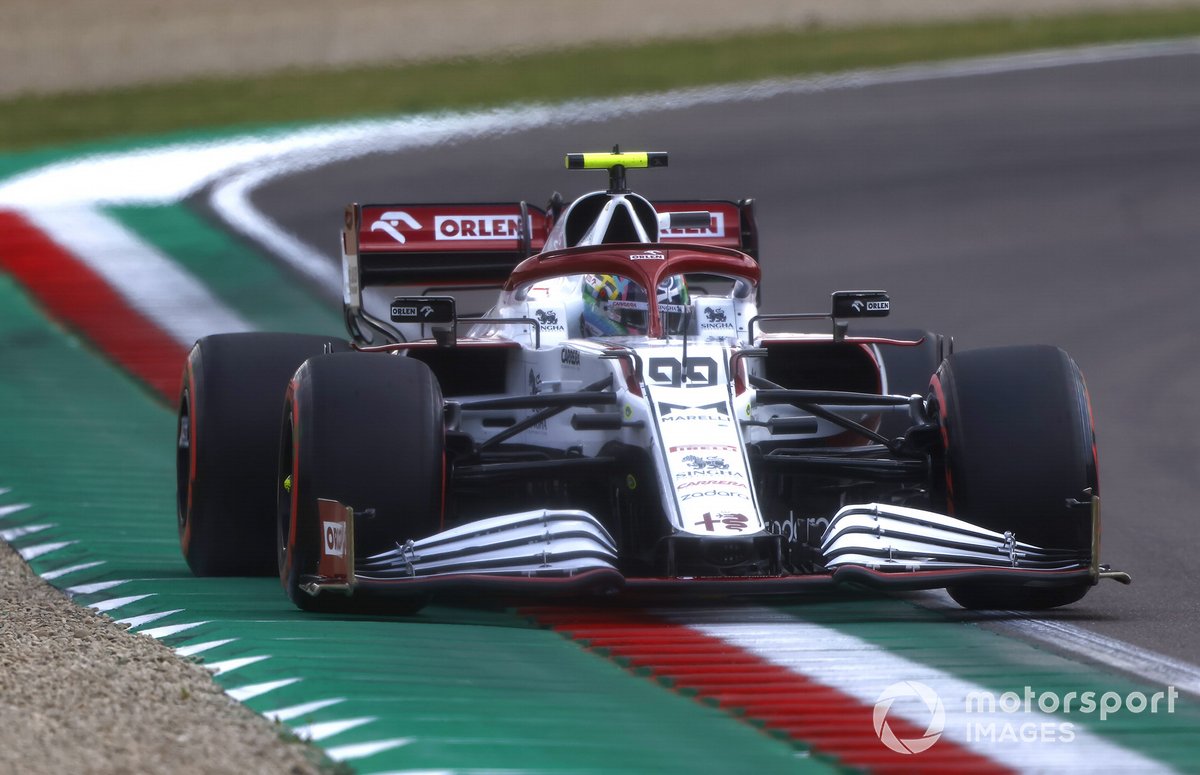 Mazepin has again had his fair share of incidents in the tricky Haas this weekend, marking the end of Friday's FP1 session with a shunt exiting the final corner that prompted team boss Gunther Steiner to remark that he was trying too hard.

“The car is just a little bit hard to drive to be consistent, and to be sure where it is going to be every lap," Mazepin explained.

"But apart from all that, you know, it is reality. We know it, I'm not ready to go and dwell on it every race.

"I think we as a team are working very well. Me and my team-mate [Mick Schumacher] are both giving very similar feedback. And I think we're extracting some of the most there is for now, and building a good foundation.”