Pierre Gasly has revealed that he was battling an engine problem during Formula 1’s Azerbaijan Grand Prix that he feared could cost him a podium finish.

The AlphaTauri driver had shown strong pace throughout the Baku weekend, initially running fourth, but faded somewhat in the race as the leaders pulled away from him.

He then made clear some frustrations over the team radio after Aston Martin’s Sebastian Vettel was able to draft past him on the straight midway through.

At that stage Gasly was battling an engine that was down on power, leaving him very exposed to rivals on the straight.

“It was very difficult for me mid-race onwards with an engine issue,” he said. “We were losing quite a lot of power down the straights and Seb managed to pass us in the middle of the race.”

He added: “It was clearly a pretty big difference with Yuki [Tsunoda], for example. So the guys told me a lot of engine switches to try to limit the damage.

“I was very strong in the second sector but the straight was very hard. When Seb passed me, I could literally not do anything there.”

Before the red flag restart, where Gasly was running fourth, he feared that the problem would allow other cars to get past him – meaning he had to fight aggressively with Ferrari’s Charles Leclerc. 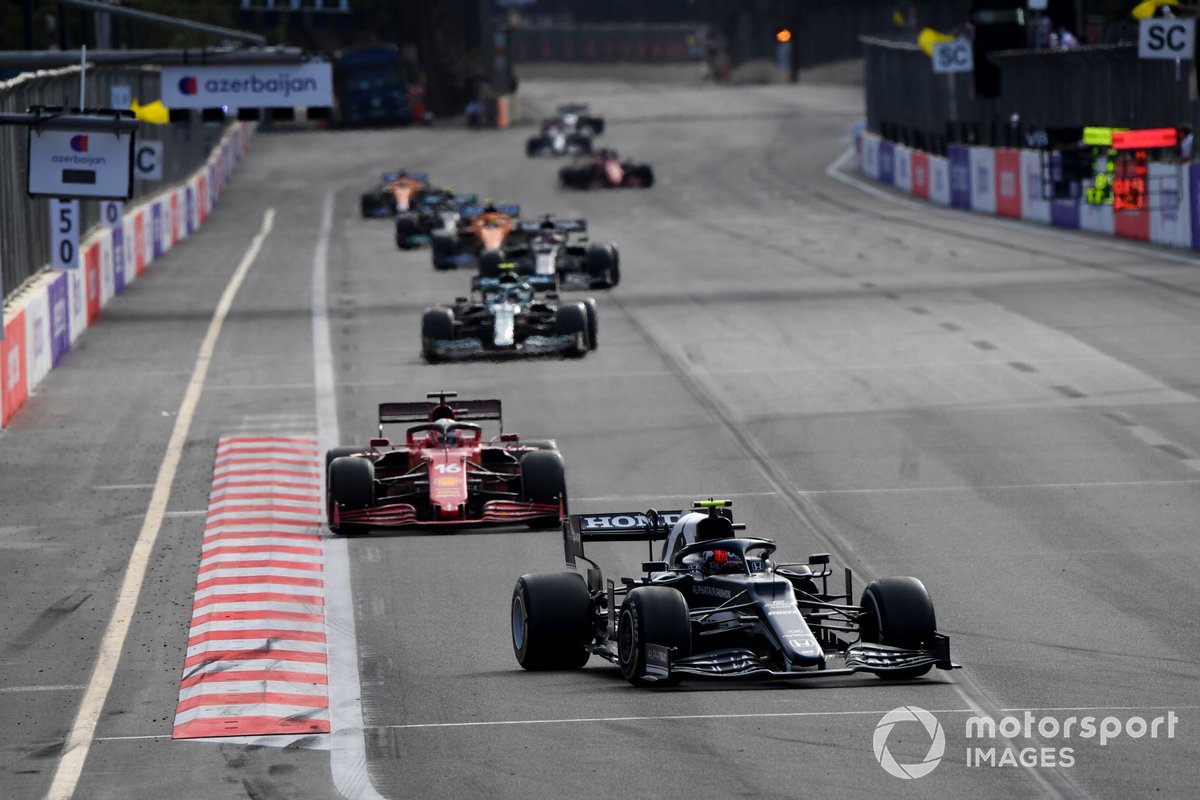 “I knew in those last two laps, whatever I will do, I knew that Charles behind will pass me on the straight,” he said. “And that's what happened.

“So I just got back in the tow and went for it in turn one. He came back at me in turn three and I had to brake very late.

“Then I really pushed the brakes to the limit with Seb. I thought I was going to end in the wall there. I managed to stop it somehow, I don't know how, but it was late braking.

“And with Charles, it was the same. I really wanted that podium. I took some big risks, but it was clearly worth it.”

After a difficult start to 2021, where Gasly has been unable to deliver strong results on the back of impressive pace from his car, he could not hide his delight at the top three finish.

“It was such an insane race and, you know, super intense last two laps,” he said. “The car has been incredible all weekend and you know we saw every session we were there.

“Qualifying was mega but I didn't know if we could keep up that position or fight for even a podium. In the end we did it. I have had one first and one second now, and I was missing that third place, so it feels incredible to get that podium.”