Subscribe
Previous / Mercedes: Schumacher can get back to F1, even with another team Next / Saudi Arabia F1 race set to remain in Jeddah until at least 2027
Formula 1 News

Pierre Gasly thinks the previous tensions between him and Esteban Ocon gets talked about "way too much" as they prepare to race as Formula 1 teammates at Alpine.

There have previously been tensions between Gasly and Ocon stemming from their younger years, but both were quick to stress when the move was announced that there were no longer any issues that would impact a working relationship at Alpine.

Gasly explained in an end-of-season interview that he felt the topic was overblown, and that others in F1 had worse relationships than him and Ocon.

"To me, it's a topic which is way too much talked about," Gasly told Autosport/Motorsport.com.

"We get on well. OK, we are not best friends, but we get on. We did some events, we speak to each other, and when I look down the paddock, the relationship between other teammates, I think there are definitely [some] worse than us.

"If you want to discuss about me and Esteban, you can probably talk about the relationship between 60% of the guys down the paddock. So no, we're fine."

Gasly said the working relationship between him and Ocon was the most important thing to help move Alpine forward, the team having finished fourth in last year's constructors' championship.

"I'm sure we're going to work well together in Alpine," said Gasly. 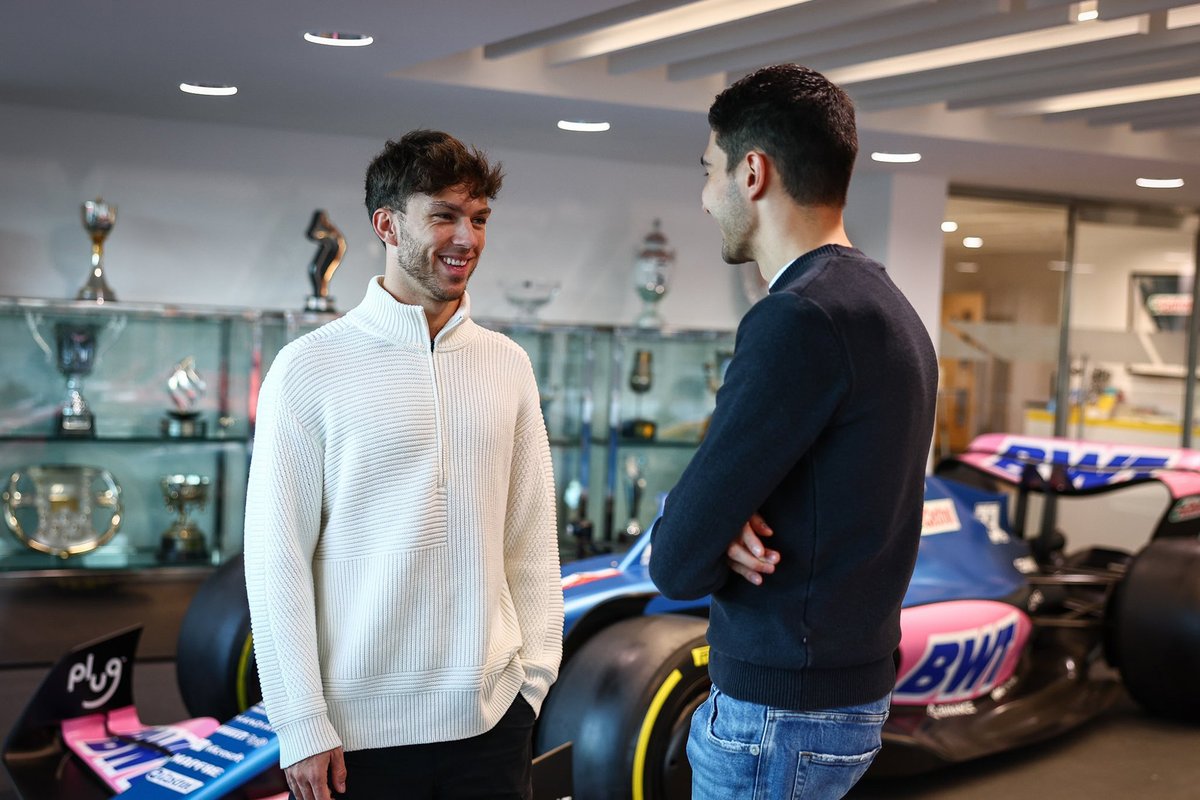 "There's going to be a rivalry, like you will find in any other team. I just think it's going to be a healthy one, and at the end of the day, that's why we both arrived in Formula 1.

"We all pushed each other to be the best we could, and there is a reason why we are all in the paddock now. I'm not worried at all about that."

Gasly and Ocon hold very similar records in F1. They have each scored one grand prix victory, and are separated by just three starts, with Ocon the magically more experienced racer on 111 starts.

Although Gasly said that stats "always need to be taken with a pinch of salt", he pointed to Ocon's record against outgoing Alpine teammate Alonso as proof of his ability.

"I know that he's an extremely good driver," Gasly said of Ocon.

"He showed it with Fernando. He's on par with Fernando in the championship for the points, so he's obviously performing very well.

"For me it's great. He knows the team. I know he's fast. And that's what you need as well as a teammate, to push the team forward and make the step that we have to make over the next few years."