Pierre Gasly feels he is ready to be AlphaTauri's team leader in Formula 1 this year, taking on greater responsibility with the arrival of new team-mate Yuki Tsunoda

The Frenchman will be joined at the team this year by F2 graduate Tsunoda, who replaces Daniil Kvyat.

Although Tsunoda has completed private running in some of the team's older car models to get up to speed, he will get just one-and-a-half days in the new car before his rookie season begins.

Speaking upon the launch of the new AlphaTauri AT02 car for 2021, Gasly acknowledged that the arrival of Tsunoda meant he would need to step up as team leader more, but felt prepared to do so.

"Of course, Yuki's arrival means I will have more responsibility within the team and I'm ready to take on the role of team leader," Gasly said.

"However, he is a very quick driver and he will help us move the team forward. I know Yuki, he is a competitive guy and showed what he can do in F2, that's why he was promoted to F1 after just one year. We will work together to achieve that.

"He lacks experience, so it won't always be easy for him, but I think he is talented and it will also be up to me and the team to lead the way. 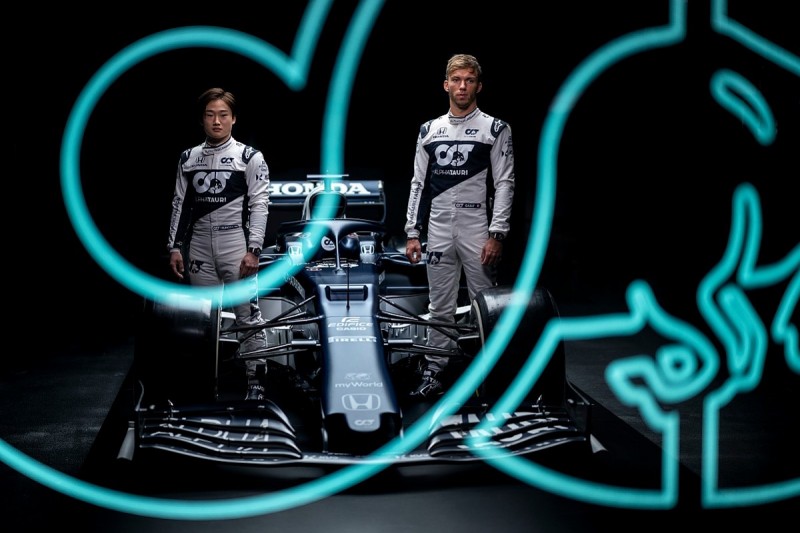 "His arrival doesn't really change my approach, which will be the same as last year, when we got the most out of what we had to work with at pretty much all the grands prix, apart from one or two.

"We must keep going with the same philosophy, as I really believe last year was the team's best in terms of the way it worked, the development, the performance and in the way it managed the race weekends.

"That goes for me too, and we just have keep going like this to try and do a little bit better than we did last year."

AlphaTauri F1 chief Franz Tost expressed his confidence in Gasly to step up as team leader in 2021, believing him to be one of the best drivers on the grid.

"I reckon Pierre is one of the strongest drivers in F1 nowadays," said Tost.

"Pierre's good technical understanding allows him to get the best out of the car. Pierre has been with the team for some time now, so he is familiar with all procedures and with our way of working.

"He will be a good leader, helping Yuki in his development. He knows how to win a race - as he proved last year in Monza - and if we provide him with a competitive car, I expect him to be very successful this season.

"With Pierre on Yuki's side we have an experienced driver, who can help our Japanese rookie to develop faster, but at the same time we can aim for good results."